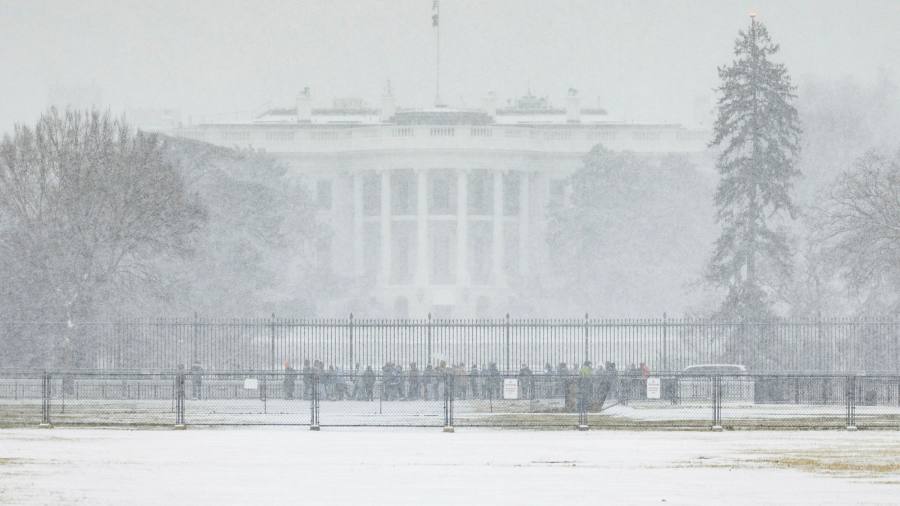 Freezing temperatures in the north eastern US brought heavy snowfall to the region in January, causing widespread disruption and leaving thousands without power.

Snow was also forecast on the weekend for Texas, North Carolina and the Rocky Mountains.

“An arctic air mass has settled into much of the central and eastern US where much below normal temperatures are expected to prevail through the next couple of days, said the US national weather service on Friday.

Warnings from the weather service were active in regions spanning much of the northern part of the country.

Heavy snow has wreaked havoc on roads across the country this month. “A wintry mix is always tricky. One thing to remember though: rain, sleet, and snow cause slippery roads and highways. Please use caution,” warned Connecticut’s department for transportation last week.

Despite the dramatic weather, the snow cover extent — or the area of ground covered by snow — was lower than normal for a day in late January in parts of the middle of the country, though higher in parts of the eastern states, according to data from Rutgers University.

December also brought less snow than normal to the US. “East of the Rockies and south of the upper midwest, the snow cover extent [was] about 5-50 per cent less than in a ‘normal’ December, where ‘normal’ means average over the period 1981-2010,” said Florence Marie Fetterer, from the US National Snow and Ice Data Center.

Snow-covered areas and snow cover days in the western US in December were “the lowest in the 22-year satellite record,” according to National Snow and Ice Data Center.

Snowmelt in that region is important for ensuring there is sufficient water throughout the year, due to a lack of rain during the summer months.