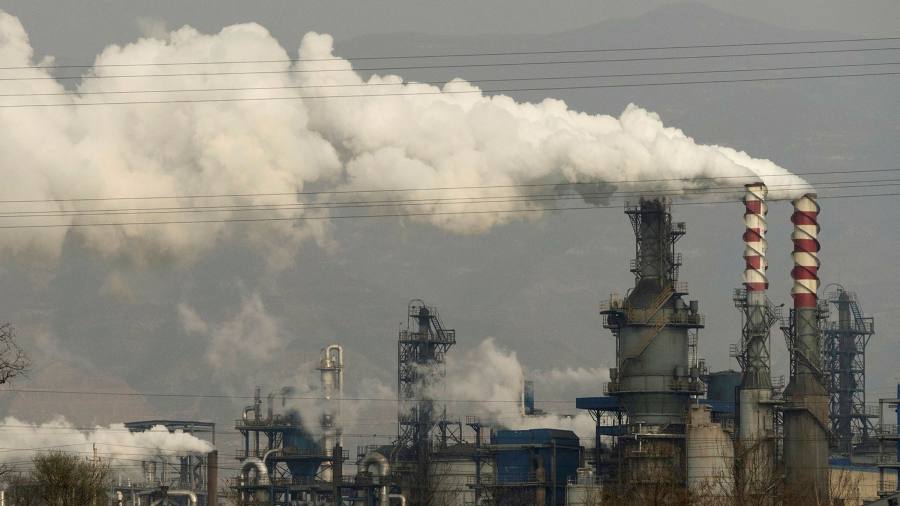 Financial institutions will be expected to publish estimates of the carbon emissions linked to their loans and investments, under draft international standards aimed at eliminating greenwashing by companies.

The International Sustainability Standards Board was established during last November’s COP26 climate summit following concern about the lack of transparency around companies’ environmental and social impacts, and the associated risks to investors.

The board’s mandate is to develop standards for corporate disclosures on sustainability-related issues and help put an end to accusations of “standards-shopping” by companies seeking to flatter their environmental impact and the risks posed to their businesses by climate change.

On Thursday, the ISSB published a draft of its proposed standards that will now be subject to public consultation until late July. The ISSB — which was established under the IFRS Foundation, a London-based body that sets international accounting standards — aims to issue the final version by the end of this year. The standards are intended to provide a benchmark that regulators worldwide can use to impose new disclosure rules on companies.

The requirement for banks and institutional investors to disclose emissions linked to their financial assets is a significant element of the proposed standards, ISSB chair Emmanuel Faber told the Financial Times.

“It’s an important matter, it’s been recognised in many consultations, and we’ve been encouraged by central bankers [to pursue it],” he said. “The biggest banks, the biggest insurers . . . I think everybody realises in this industry that it is coming.”

Indirect, or “scope 3” emissions — which come from a company’s suppliers and customers — account for the vast bulk of the financial sector’s carbon footprint. While many companies have voluntarily published estimates of their scope 3 emissions, there is no generally accepted methodology for doing so.

“We really think it’s time for that conversation [about a scope 3 reporting methodology] to happen,” Faber said, while leaving open the question of the ISSB’s potential role in creating a detailed emissions reporting process. “Someone really needs to be in charge . . . whether that’s us or somebody else, I don’t know.”

Earlier this month the US Securities and Exchange Commission published a proposal to force public companies to disclose their direct carbon emissions and have them verified by a third party, in a similar process to the audits of company financial statements.

The SEC plan had less stringent rules around scope 3 emissions: only the largest companies would be expected to report on these and the disclosures would not be subject to external verification.

The SEC and other international regulators have not made clear how far they will integrate the ISSB standards into their emerging rules for corporate sustainability disclosures. “I think it’s a bit early to say [how regulators will use the standards],” Faber said. “A number of them rightly say that they will have a closer look as soon as these proposals are stabilised. And we are still about six months away from that.”

Adoption of the new standards by national regulators could take years but Faber, who was previously chief executive at France’s Danone, said voluntary use of the new benchmarks by companies and investors in the meantime “is a very clear possibility . . . that we want to pursue”.

Faber added that the ISSB standards were built upon the conceptual framework established by the Taskforce for Climate-related Financial Disclosures, an initiative spearheaded by billionaire former New York City mayor Michael Bloomberg and Mark Carney, the former Bank of England governor. Those guidelines have been widely used by companies making voluntary disclosures of their climate-related risks, but the TCFD has not presented them as standards to underpin formal regulation.