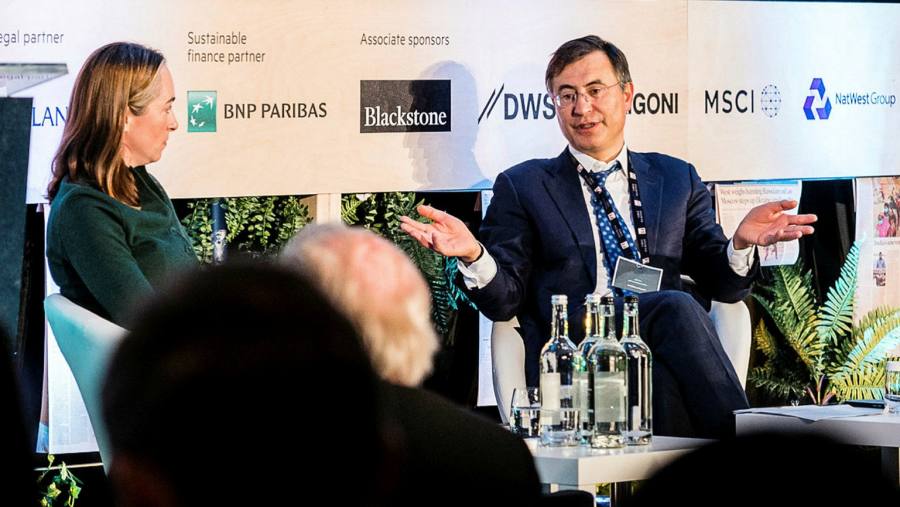 The activist investor, whose TCI Fund Management has more than $40bn in assets, said high oil prices are “a positive thing” for the climate as the energy crisis prompts a “dramatic acceleration” in decarbonisation.

“This is a massive wake-up call that is going to accelerate decarbonisation, and investments by countries and governments,” Hohn told the Financial Times Climate Capital conference.

“The whole world should now be focused on seeking alternatives, whether it’s renewables or nuclear or hydrogen or synthetic fuels. Suddenly all of these things are far more economic.”

He pointed to the EU’s recent boost for renewable energy funding, as part of a plan to reduce imports of Russian gas by two-thirds within a year.

Even as oil and gas companies reap record profits from the high prices following Russia’s invasion of Ukraine, Hohn said climate-focused investors will ultimately benefit from the energy price shock.

“The oil price spike, which may well be structural, has to lead to incentives for accelerated decarbonisation,” said Hohn. “I personally believe that we’ll have demand disruption as we had in the 70s, and that there’ll be a dramatic acceleration in decarbonisation. I actually view it as a positive thing.”

Hohn has made climate disclosures one of the hallmarks of TCI’s activism, and pressured companies to give shareholders a vote on their climate plans. Spanish airport operator Aena and aircraft manufacturer Airbus improved their emissions targets as a result. Hohn has also pushed for more robust mandatory regulation on corporate climate disclosures.

As an investor in several North American railroad companies, Hohn’s TCI is also pressing Canadian National Railway, Canadian Pacific Railway, and Union Pacific Railway to seek regulations to cover emissions from the sector. The trains run on highly polluting diesel fuel, and Hohn believes regulation is inevitable and necessary to encourage investment in other fuel technology.

Investors often struggle to analyse corporate climate plans “because there’s so much greenwashing going on,” Hohn said. “I expect a large proportion of companies will get graded F if they’re not doing enough.”

Even companies with net zero emissions targets have failed to set out plans about how to reach those goals, he added. “The impact is going to be a bit like, ‘the emperor has no clothes’.”

A group of 680 financial institutions representing $130tn in assets on Monday will also issue a demand for companies to disclose data on climate change, deforestation and water security through non-profit group CDP.

CDP, which includes Hohn’s CIFF charity among its backers, assigns a grade to companies that self-report the data. This is a different approach to the Climate-Arc proposal, which will assign ratings regardless of whether the company wants to be assessed.