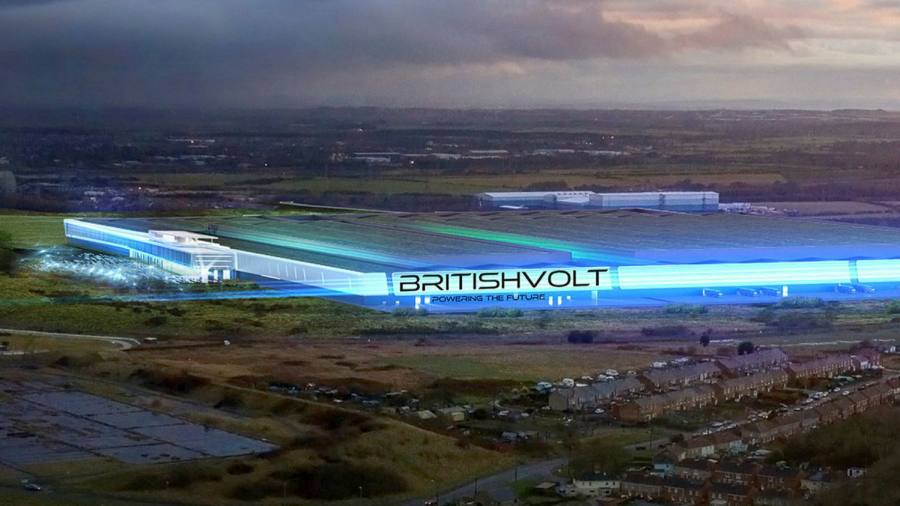 Britishvolt, the start-up hoping to build a UK battery factory in Blyth, has raised around £1.7bn in funding from warehouse provider Tritax and investment group abrdn to construct its factory in North East England.

The investment was backed by a grant from the government, understood to be around £100m from the Automotive Transformation Fund, a pot set up to try and woo battery developers to the UK.

Ministers were in talks to provide around £200m originally, the Financial Times reported late last year, though the sum has since been scaled back, in part to keep more funding available to attract other projects, according to two people close to the matter.

The UK is attempting to attract battery investors to safeguard the future of the country’s car plants, as the automotive industry shifts towards making electric vehicles.

Peter Rolton, Britishvolt’s chair, said the funding announced on Friday was a “first step in creating a commercialised battery ecosystem” for the UK.

The start-up, founded in 2019, has been adept at striking partnerships with other businesses to provide it with a site, funding and access to materials.

Its location at Blyth in Northumberland has access to a deep seaport and renewable energy.

Last year, mining company Glencore agreed to provide Britishvolt with cobalt, and money, in exchange for a stake in the business, as part of a $70m fundraising round that valued the company at more than $1bn.

Under the deal announced on Friday, abrdn and Tritax, which invests in real estate used in logistics, will inject £1.7bn to finance the construction of Britishvolt’s Blyth plant, which the company hopes to open in 2023.

The plant, which Britishvolt estimates will produce enough batteries to power 300,000 electric cars, will create an estimated 3,000 jobs at the site and an additional 5,000 in the local area.

Though the company has yet to show publicly its own in-house battery developments, it has already signed memorandums of understanding with sports car brand Lotus, electric truck group Tevva, Canadian commercial vehicle group Lion and aircraft maker Bombardier, according to people close to the negotiation, as well as being in talks with Stellantis.

These partnerships could be formally announced in the coming weeks, the people added. Not all of the deals will necessarily lead to companies buying Britishvolt batteries, however.

The Lotus deal, which is expected to be announced next week, will be a research and technical partnership that may in time lead to an agreement for the Geely-owned sports car brand to buy batteries from the start-up, the people said.

Boris Johnson, prime minister, said the move would “boost the production of electric vehicles in the UK, whilst levelling up opportunity and bringing thousands of new highly skilled jobs to communities in our industrial heartlands”.