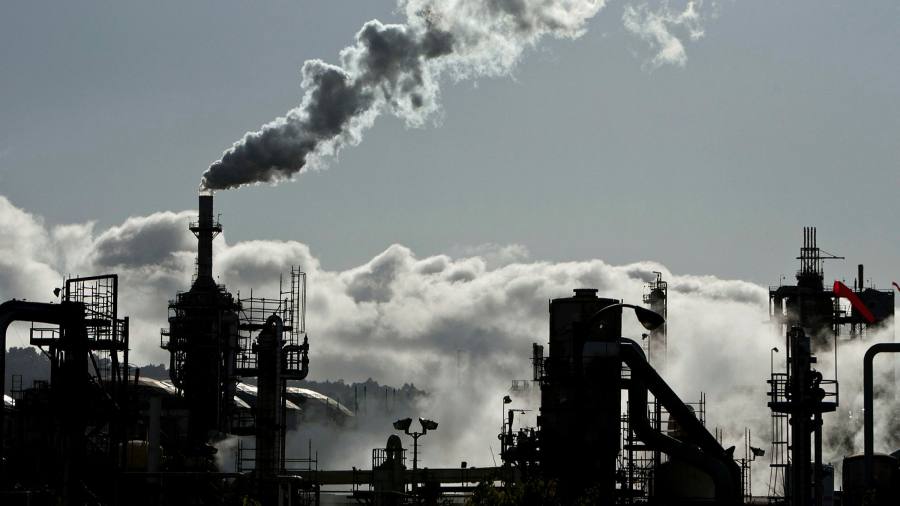 In recent years, I have learnt there are two topics that reliably spark heated debate among FT readers when we write about them (ie a tsunami of emails or social media posts). One is whether crypto technologies, such as blockchain, are really useful; another is whether the carbon offsets market has merit (or not).

So what happens if you combine these innovations, and create a blockchain-based system for tracking carbon credits? I discuss this below in relation to a striking initiative quietly being tested by the World Bank and stakeholders such as the government of Singapore. Simon Mundy wades into another hot controversy: over what the EU’s taxonomy should label as green(ish).

And Patrick Temple-West grapples with a third contentious topic that is increasingly worrying ESG investors (and some mainstream ones too): how can anyone measure sexual harassment and workplace culture risks at companies? Or their impact on company valuations? Let us know what you think about these topics — we love getting emails, heated or not. — Gillian Tett

When politicians, business leaders and non-profit groups met in Glasgow in November for COP26, there was endless chatter about the viability of the carbon offsets market. Since then, regulators and financiers have been racing to put this market on a more credible footing amid criticism from some environmentalists.

However, there was another carbon offsets development in Glasgow that went largely unnoticed at the time: the World Bank engaged Chia, a crypto platform, to build an open-source blockchain that would act as a ledger for carbon offsets. The idea is that crypto technology will build global ledgers that can be swiftly update in an immutable manner — and, most crucially, in a distributed manner that lets anyone participate, rather than relying on any single, centralised gatekeeper.

To financial traditionalists, this might sound futuristic, if not crazy. Some environmental warriors might scoff too. After all, cryptocurrencies such as bitcoin have been lambasted by green activists in recent years because they gobble up so much energy, often from filthy sources (like coal). And while there has been endless hype around blockchain technologies, the platforms have not always operated in a manner that was swift, or scaleable, enough to foster mass adoption.

However, the World Bank experiments around this so-called “climate warehouse” are deadly serious: as outlined in a detailed project plan that was recently presented to stakeholders. The bank has already completed phase II testing of its first experimental prototypes with public sector and non-governmental partners. Later this month, it will conduct intensive discussions with stakeholders, led by the government of Singapore (a country that has been a pioneer in the use of crypto technology). The Chia-created ledger will be opened up to outside testing soon, too.

Is the World Bank really the best place for all this innovation? Some private sector players might think not. After all, the bank’s processes tend to be clunky and bureaucratic — the very opposite of crypto culture. And private tech and data companies, such as IHS Markit, are developing their own systems. But World Bank staff insist that it is essential to create a carbon offsets ledger that is run as a global non-profit utility, as a public good. After all, the carbon offsets market needs to get participants from around the world, including those from low income countries, if it is actually going to work.

Thus bank officials tell me that they decided to use the Chia platform, even though it is less well known than other platforms such as ethereum, because it runs a so-called permissionless, public chain (which anyone can join). This is different from private chains (where access is controlled by a central body) that groups such as JPMorgan have created for banking services. Chia also uses dramatically less energy than its rivals, and thus claims to be the “greenest” type of crypto available. (The details behind this claim are complex, but revolve around the fact that Chia does not use a proof of work or classic proof of stake verification system; this is spelt out here.) This also played a role in the World Bank’s decision.

Will it work? We don’t yet know. The crypto world is riddled with hype that often goes flat. But if the climate warehouse ledger flies, it could help the carbon offsets market to scale. It might also bolster the bank’s own (lagging) reputation in relation to innovation and green. And, if Chia can show that the blockchain technology can be successfully used to back a carbon offsets market, and serve the public good, this would give a big boost for crypto evangelists. All eyes on Singapore — and Washington. (Gillian Tett)

After a month of bitter controversy, the European Commission has pushed ahead with its decision to label nuclear power and some forms of natural gas as green under its new taxonomy framework.

The move prompted a redoubled chorus of criticism last week. “What a missed opportunity,” Laurence Tubiana, head of the European Climate Foundation and a central figure in the 2015 Paris Agreement, wrote on Twitter. “This proposal undermines the EU’s credibility internationally.”

Now the taxonomy is facing a new legal challenge, from the campaigning lawyers of ClientEarth. The non-profit organisation has filed paperwork with the European Commission, taking issue with elements that were included in the original version of the taxonomy, even before the amendment to add nuclear and gas.

Sebastian Bechtel, one of the lawyers working on the case, told Moral Money that the group formally requested a review of the decision to include biomass, and products derived from it, in the taxonomy. They argue that this will lead to the unnecessary destruction of forests and increased production of polluting plastics and chemicals. “This is doing the opposite of what the taxonomy was meant to achieve — phasing out harmful activities,” Bechtel said. “The commission has not taken a decision based on scientific evidence, but a political decision that it considers the easiest way forward.”

The internal review request is the first stage in a process that could ultimately end up at the European Court of Justice, Bechtel said. And if the inclusion in the taxonomy of gas and nuclear is confirmed by the European Parliament, he added, then ClientEarth might launch a second suit against that decision.

The organisation is not alone in thinking along those litigious lines: energy ministers from Austria and Luxembourg have already told the FT that they will consider legal action of their own. And parliamentary approval is far from certain: a majority vote in the next six months could scupper the amendment. There is plenty of scope for further twists in this tale. (Simon Mundy)

When considering job offers, candidates often scroll through a company’s workplace benefits: vacation, bonus and flexible work opportunities. But what cannot easily be gleaned from human resources materials is information about a company’s culture. Some details surface over drinks with current employees, but jumping into the day-to-day of a new company is a leap into the unknown — and possibly a nightmare.

Rio Tinto this month revealed that 21 women said they were raped or sexually assaulted at its mines over the past five years, as part of an investigation into its workplace culture. Almost half of Rio Tinto’s employees reported experience of bullying, the report said. And racism was also prevalent at the company.

Putting aside concerns about morale and employee retention, rotten corporate cultures are a threat to investors when considering litigation risk involving the allegations at Rio Tinto. In 2021, there were a record $3.6bn of workplace class action settlements — the “highest level of settlement numbers ever” — according to law firm Seyfarth Shaw.

Additionally, shareholder lawsuits involving a “culture of harassment” in the workplace, “have become increasingly common and have resulted in settlements that include both financial and governance-enhancement components,” said law firm Cleary Gottlieb earlier this year. The firm pointed to a $240mn shareholder settlement at Signet Jewelers concerning sexual harassment allegations.

Video game maker Activision Blizzard saw its shares fall almost 30 per cent since allegations of sexual harassment were filed in July 2020. That provided Microsoft “with the opening to pounce” and acquire the company in January.

Shareholders are right to be nervous about what bombs are lurking in company offices. Investors have started asking companies to reconsider the use of forced arbitration clauses and non-disclosure agreements, both of which can silence possible victims.

More investors should be thinking about workplace transparency — both to improve employees’ wellbeing and to address the substantial financial risks. (Patrick Temple-West)

Private investments into alternative proteins reached $4.9bn in 2021, according to Fairr, an ESG-focused investor network. The investor group found that despite harsh market conditions, there was accelerated funding in food technology in the late months of 2021.

The sector is not without its challenges. In 2021, US plant-based meat growth stagnated, a fall some experts attribute to meat alternatives’ failure to meet consumer taste expectations. Still, investors in the space see long-term potential. If research and development behind meat alternatives continues, consumers could turn back to plant-based options, Emiko Terazono and Judith Evans wrote late last month.