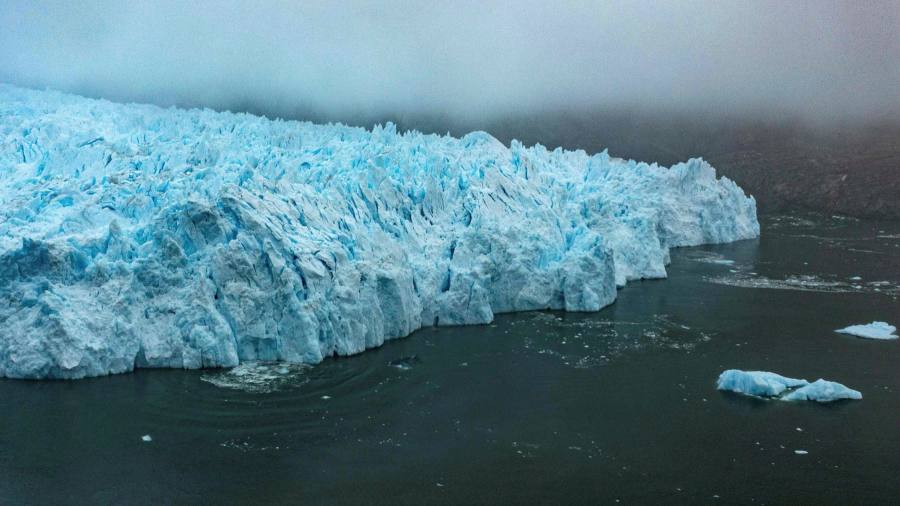 The world has a “brief and rapidly closing” window to adapt to climate change, with the risks associated with lower levels of warming greater than previously thought, the latest instalment of a landmark UN report signed off by 270 scientists from 67 countries has concluded.

Some losses were already irreversible and ecosystems were reaching the limits of their ability to adapt to the changing climate, the scientists warned in the blunt assessment.

The findings were an “atlas of human suffering and a damning indictment of failed climate leadership,” said UN secretary-general António Guterres. “I have seen many scientific reports in my time, but nothing like this.”

Hazards such as the rise in sea levels were unavoidable, and “any further delay” to mitigate and adapt to warming would miss the “window of opportunity to secure a liveable and sustainable future for all”, the long-awaited analysis said.

US climate envoy John Kerry said the report “paints a dire picture of the impacts already occurring because of a warmer world and the terrible risks to our planet if we continue to ignore science”.

Inger Andersen, executive director of the United Nations Environment Assembly, said the world was on track for warming of 3C since the pre-industrial period. “We are in an emergency heading for a disaster,” she said.

The analysis of the world’s ability to adapt to global warming from the UN’s Intergovernmental Panel on Climate Change (IPCC) is the sixth such report and follows last year’s landmark paper on the science of warming.

That report found that the world was likely to temporarily reach 1.5C of warming within 20 years, even in the best-case scenario of deep cuts in greenhouse gas emissions. The world has already warmed by about 1.1C since the pre-industrial period.

“So much depends on what we do as a society . . . The future depends on us, not the climate,” said Helen Adams, a lecturer at King’s College London and lead author.

The report lands as Europe struggles with its dependence on oil and gas for energy, with its supplies from Russia threatened by Vladimir Putin’s war on Ukraine. During the closing IPCC session, Russian delegate Oleg Anasimov apologised “on behalf of all Russians who were not able to prevent this conflict”.

The evidence for human-induced climate change and its effects was “unequivocal”, and limiting warming to 1.5C would reduce but not eliminate the negative impact, said the latest analysis, echoing the earlier IPCC report findings.

But the authors also concluded that the effects of warming, such as extreme weather events, would become more severe at lower temperatures than the previous 2014 IPCC adaptation assessment had concluded. That change was the result of more and better evidence.

“The impacts that we are observing on ecosystems, on natural systems and on human systems are much more widespread and are really accelerating,” said Marie-Fanny Racault, from Plymouth Marine Laboratory and a report author.

Human societies and the natural world could adapt to climate change “within limits”, but the effectiveness of adaptation would “decrease with increasing warming”, the scientists stressed.

Rises in sea level, for example, posed an “existential threat” for some small islands, while vital infrastructure, such as ports and energy systems, would be “increasingly vulnerable” if not designed to withstand climate change.

By 2100, between $7.9tn and $12.7tn in global assets would be in one-in-100-year coastal floodplains, based on a “medium” scenario, with about 1bn people at risk from coastal hazards such as flooding by 2060, the authors estimated.

“Multiple ports and coastal infrastructure are at risk . . . [which are] an important backbone of our global activity,” said Richard Dawson, a professor at Newcastle University and lead author.

“If we put up buildings that are not ready for the next 50-100 years of climate, or infrastructure that is not resilient and designed with future risks in mind, then effectively we’re locking in problems.”

The money available for adaptation was “insufficient,” the authors said. The UN has called for climate finance to be split evenly between efforts to curb and adapt to climate change, but most goes towards mitigation.

Sticking points during IPCC negotiations included pushback by some countries, including the US, against the phrase “loss and damage” in the report’s summary for policymakers. The term is politically charged as it implies financial compensation. Instead, the final summary uses the compromise term of “losses and damages”.

The IPCC authors were unable to reliably quantify the potential hit to the global economy of a failure to prepare for climate change, but said that “losses and damages” would increase as the planet warmed.

Aromar Revi, from the Indian Institute for Human Settlements and a report author, said the question remained as to “whether we can make the right societal choices quickly enough.”

Forest conservation, protection and restoration, including diversifying and adjusting tree species for resilience.

Urban greening, using trees and other vegetation for local cooling.

Inclusive, integrated and long-term planning at local, municipal, sub-national and national scales, together with regulation and monitoring, and financial and technological resources to foster urban and rural system transition.

Energy generation diversification, with renewable energy resources and generation that can be decentralised depending on context, via wind, solar, and small-scale hydroelectric. Demand-side management via better storage, and energy efficiency. Climate responsive energy markets, updated design standards on energy assets based on current and projected climate change, smart-grids, robust transmission systems and improved capacity to respond to supply deficits.