Climate fears are driving up demand for disaster insurance, says Munich Re 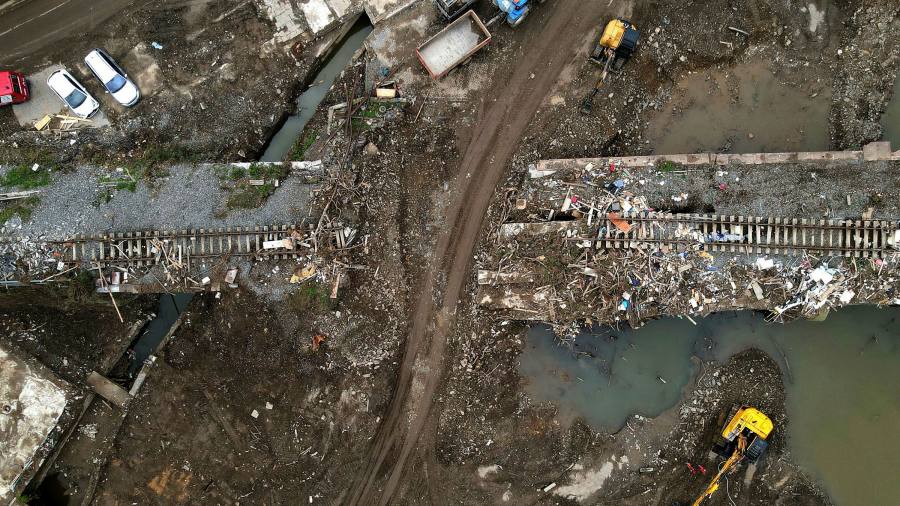 Reinsurance giant Munich Re is expecting a sustained rise in Europe’s relatively low levels of property catastrophe insurance — and in the cost of cover — following last summer’s disastrous floods on the continent.

The floods, which hit western Germany hardest, killed more than 200 people and were Europe’s costliest natural disaster on record, with losses of €46bn ($54bn). But just €11bn of this was covered by insurance, in contrast with the US where the bulk of natural disaster losses are typically insured.

Ernst Rauch, head of Munich Re’s climate solutions unit, told the Financial Times that demand for catastrophe insurance in Europe was growing as concerns about the dangers of climate change rose.

“People now realise they are living in risky areas, which they had not thought historically,” he said, adding that less than 50 per cent of German property is currently insured against flooding. “We expect the demand for flood insurance to increase in the medium term as a result of this event.”

His prediction came as Munich Re published its annual estimate of global losses from natural disasters, which it put at $280bn in 2021. Of this, $120bn was covered by insurers — the second-highest figure on record, behind only the 2017 figure of $146bn. Last year’s most expensive disaster was Hurricane Ida, which destroyed $65bn of property, mainly in the south-eastern US.

Rauch said there was a clear connection between climate change and increasingly costly disasters, forcing insurance companies, and the reinsurers who help them manage their risks, to revise their threat assessments for vulnerable areas. That meant the cost of disaster insurance was likely to increase, he added.

According to industry data on reinsurance contracts renewed this month, prices are on the way up. A report by Gallagher Re found that reinsurers had sharply increased their prices to cover property risks in flood-hit areas of Germany, in some cases by more than 50 per cent.

Globally, reinsurance premiums for property catastrophe cover surged 9 per cent — the most since 2009 — according to a report by insurance broker Howden, which cited concerns about worsening climate effects as a big factor.

Andreas van Embden, an analyst at Peel Hunt, said property risk in Europe remained “way underpriced”, and that price rises still had “a way to go”. Some reinsurers had sought to cut back their exposure to that market following the German floods, he noted, as concerns grew about the increasing risk of such historically rare events.

“Since 2017, reinsurance companies haven’t really made any money on property reinsurance,” he added. “Every year they’ve been burnt somewhere across the world.”