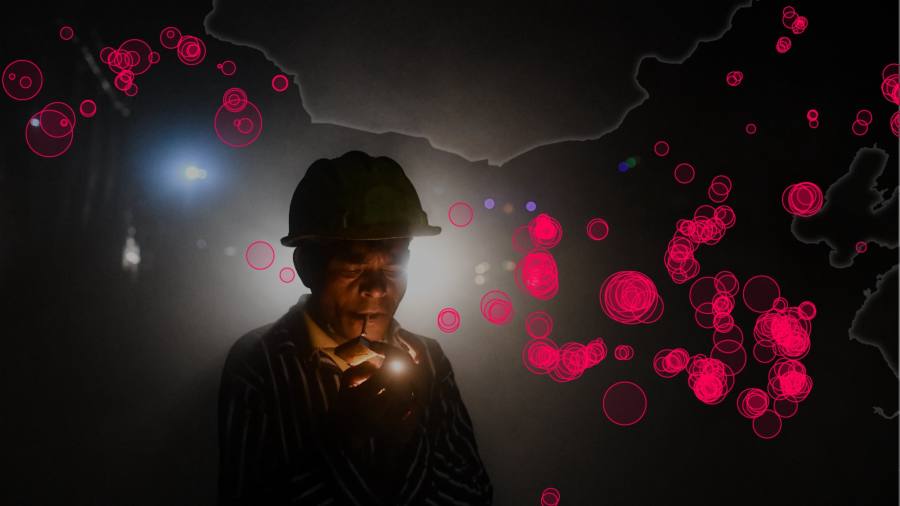 Governments around the world have been considering extending the use of coal during the current energy crisis, prompting warnings from energy experts of a resulting increase in greenhouse gas emissions.

Coal mining releases trapped methane gas from the rock strata, in addition to the carbon dioxide emitted when it is burnt as fuel. Tackling both carbon and methane emissions is critical to limiting global warming. Temperatures have already risen at least 1.1C since pre-industrial times.

While methane is the second-largest cause of global warming, limiting leakage can be the most effective way to tackle warming in the near term as it traps much more heat than carbon over a shorter period.

New mine-level data from Global Energy Monitor, a non-governmental organisation that tracks fossil fuel and renewable energy projects, has found that operating coal mines emitted 52.3mn tonnes of methane in 2021. This is more than gas (45mn tonnes) and oil (39mn tonnes) and is 10mn tonnes more than the estimates by the International Energy Agency.

More than 100 countries signed a pledge at the recent UN climate summit to cut back methane pollution by 30 per cent by 2030, but several big contributors to global emissions, including China, Russia and India, were not signatories.

China, the world’s biggest national emitter, remains the largest producer and consumer of coal, and accounts for 73 per cent of all coal mine methane emissions, according to the GEM data.

In Europe, mines in Poland and Russia rank among the top emitters. Until the current crisis, Russia provided 50 per cent of Germany’s coal imports.

Coal type and operational depth have a large influence on emissions. Poland’s particularly deep mines release about the same amount of methane as the mines in Indonesia, which produce more than five times the amount of coal.

There are 465 new mines or mine expansions under development globally that together could emit an additional 11.3mn tonnes of methane per year. If only the mines at present under construction opened, they would still introduce about half those emissions.

GEM’s data for coal mine emissions are higher than the assessments from the IEA, suggesting that even steeper cuts are needed to remain in line with targets to reach net zero emissions by 2030.

The world’s gassiest coal mines can emit 67 times more methane than mines with similar productivity, according to GEM. Retiring the worst-performing quartile of coal mines could remove more than 20mn tonnes of methane emissions, says the IEA.

GEM states that the only way to remain in line with the IEA net zero road map to 2050 is through “new and unprecedented regulations on coal mine methane emissions”, along with the outright cancellation of new mine projects.