Climate targets oversight group under scrutiny over its own governance 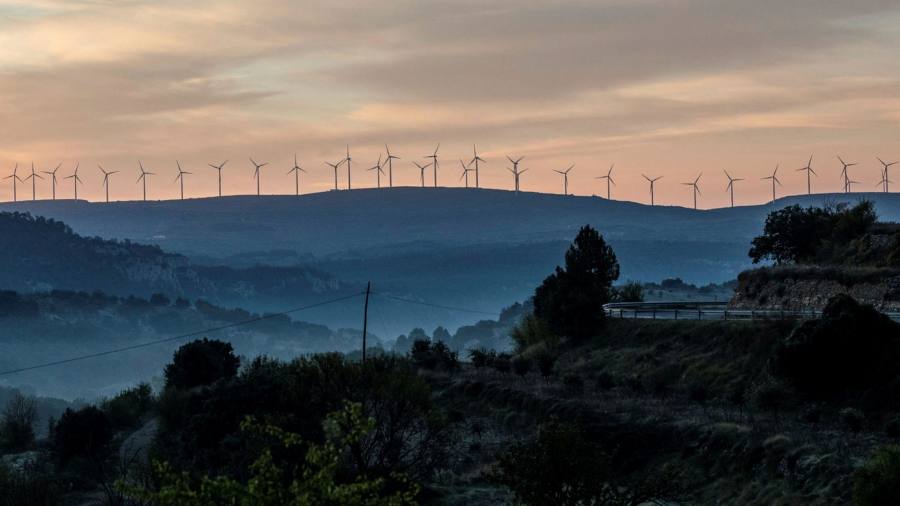 The independent oversight group that has become the arbiter of corporate climate action is reviewing its own governance practices, after coming under pressure as companies rush to develop net zero emission plans.

The Science Based Targets initiative has fast become one of the most influential and trusted advisers on climate change to both companies and investors since being founded ahead of the Paris climate accord in 2015.

But the group, made up of 52 people drawn from its partner organisations, has experienced growing pains and is dealing with a formal complaint about its governance and potential conflicts of interest from one of its original instigators, Bill Baue, an adviser on corporate responsibility.

Since inception, the SBTi partnership — involving the World Wildlife Foundation, the World Resources Institute, the UN and CDP, formerly known as the Carbon Disclosure Project — has given its imprimatur to the decarbonisation plans of more than 1,000 companies.

Its stamp of approval is deemed the gold standard for corporate climate targets. “People are terrified of SBTi” pronouncing their goals as insufficient, said one person from a global bank.

Core funding comes from philanthropy, including the Ikea Foundation and the Bezos Earth Fund, as well as the Laudes Foundation set up by the Dutch-German Brenninkmeyer retail family.

But SBTi also charges companies to have their climate targets assessed by its 10 in-house validators — a service that will cost $9,500 from February, nearly double the previous $4,950 fee.

Ahead of the UN climate summit in November, corporate submissions to SBTi jumped by 150 per cent in October compared to the same month in 2020.

A new service to assess longer-term plans is booked out until 2023, and the group plans to expand to meet the demand.

In Baue’s view, the fee-based model created a potential for a conflict of interest.

Most standard setters use third parties to verify compliance with their rules. However, Alberto Carrillo Pineda, co-founder of the SBTi, told the Financial Times that its in-house model “allows us to grow the team as the number of companies joining grows”.

“That is not as it should be,” said Ralph Thurm, former chief operating officer at the Global Reporting Initiative, a standards group founded in 1997 following public outcry over the environmental damage of the Exxon Valdez oil spill. “You can’t be judge and jury.”

Pineda said the system was “robust” and did not constitute a conflict. He said the fees charged to corporates paid for validators to do their work, and this approach made sense for a group that was still evolving.

He conceded, however, that an unpublished review of the group by Deloitte in 2020 had flagged governance concerns, including the lack of a formal grievance mechanism.

Reforms are now under way, the SBTi says. They include a new technical board that will “create more independence and prevent any potential conflicts of interest in our decision making related to target setting methods and criteria”.

“We should have made this transition a couple of years ago,” but had “financial constraints”, said Pineda.

SBTi announced a fresh $37m from donors in November, expected to cover the cost of its main operations for three years. Further details on the updated governance structure would come later in 2022, it said.

Manuel Adamini, senior responsible-investment strategist at BMO Global Asset Management, said the changes appeared an “implicit response” to Baue’s concerns. Given its public interest role, the initiative had “an obligation to [publicly] respond to [the criticisms] forcefully and swiftly . . . whether those allegations are justified or not”.

Since 2018, companies applying for SBTi approval have been able to use two methodologies to set near-term targets for emissions across their own operations, known as scope 1 and scope 2. According to Baue, that decision was made without input from its technical advisers and was not adequately explained.

The SBTi said that approach was taken to solve an urgent problem: some previously permitted methodologies had allowed companies to set targets that resulted in higher emissions.

SBTi has also been criticised for not pushing companies to go further. In July last year, it announced that companies would by 2025 have to align with the most ambitious Paris accord goal of limiting global warming to 1.5C — three years after the world’s top climate scientists published a report on the importance of the 1.5C threshold.

Adamini said it was unclear why the group, a “de facto market standard”, had not raised its “ambition level” sooner.

The SBTi said the reason was partly technical. One of the methodologies it allows relies on analysis by the International Energy Agency, which only recently developed 1.5C-aligned road maps for certain sectors.

There was also the issue of corporate willingness. Until recently, “it was not feasible for us to raise the bar so dramatically, so rapidly,” without deterring companies from seeking approval, said Pineda.

Investors welcomed the reviews. SBTi was still “finding their way a little bit,” said Randeep Somel, manager of the M&G Climate Solutions Fund, but investors had “very quickly recognised that SBTi is effectively . . . the gold standard”.

Despite his concerns, Baue still believes in the group’s mission. “The ideal solution is for SBTi to simply up its governance game (significantly!) to fulfil its (self-proclaimed) role standardising the field,” he wrote. “I continue to believe that there is a dire need for a global standard to govern the field of what’s now called science-based targets.”