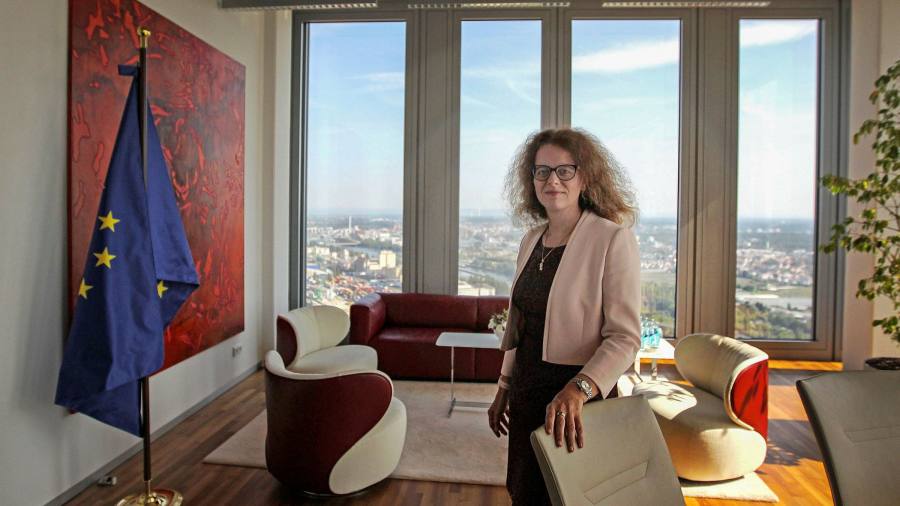 Policies to tackle climate change are likely to keep energy prices higher for longer and may force the European Central Bank to withdraw its stimulus more quickly than planned, one of its senior executives has warned.

Isabel Schnabel, the ECB executive responsible for market operations, said the planned transition away from fossil fuels to a greener low-carbon economy “poses measurable upside risks to our baseline projection of inflation over the medium term”.

After the economy rebounded from the impact of the coronavirus pandemic, a sharp surge in energy prices drove inflation to 5 per cent in December, a record high for the eurozone. But the ECB has forecast energy prices will fade and has committed to maintain its ultra-loose monetary policy for at least another year.

However, the inflationary impact of the green energy transition could force the central bank to reconsider this position, Schnabel said, speaking via video link to the annual meeting of the American Finance Association on Saturday.

“There are instances in which central banks will need to break with the prevailing consensus that monetary policy should look through rising energy prices so as to secure price stability over the medium term,” Schnabel said.

“While in the past energy prices often fell as quickly as they rose, the need to step up the fight against climate change may imply that fossil fuel prices will now not only have to stay elevated, but even have to keep rising if we are to meet the goals of the Paris climate agreement,” Schnabel said.

The German economics professor, who joined the ECB board two years ago, has emerged as the most vocal critic among its top executives of its vast bond-buying programme, which has acquired a €4.7tn portfolio of assets since it started seven years ago.

The ECB last month responded to concern about rapidly rising prices by announcing a “step-by-step” reduction in its asset purchases from €90bn a month last year to €20bn a month by October. But other central banks — including the US Federal Reserve and Bank of England — are tightening policy more quickly and critics say the ECB should do the same.

The second scenario is if policies to tackle climate change, such as a carbon tax and measures to compensate poorer households for higher energy costs, turn out to increase inflationary pressures — as recent studies suggest is already happening — she said.

Philip Lane, the ECB’s chief economist, seems to disagree. He told Irish broadcaster RTE on Friday that while rising energy prices were “a major concern”, there was “less upside this year” and he was confident “supply will shift, pressures should ease in the aggregate this year”.

Like most central banks, the ECB has been surprised by the persistence of upward pressure on prices. Last month it sharply raised its eurozone inflation forecast for this year to 3.2 per, while predicting it would drop back below its 2 per cent target next year.

But Schnabel said this assumption was “derived from futures curves” showing that energy prices would not contribute to overall inflation in the next two years, adding that “these estimates could be conservative”. If oil prices stayed at November 2021 levels, she said it would be enough for the ECB to hit its inflation target in 2024.

This story was corrected to reflect that Philip Lane is the ECB’s chief economist, not its chief executive.