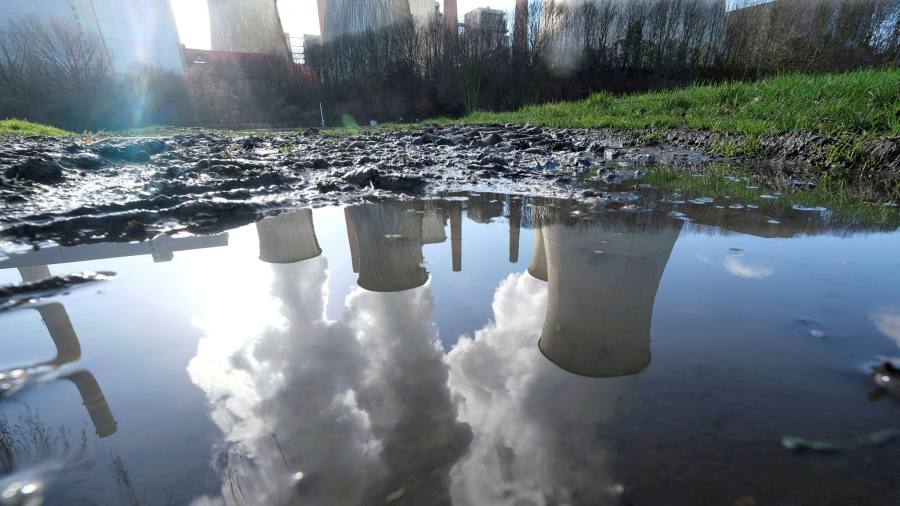 The EU outlined a plan on Tuesday to cut Russian gas imports by two-thirds within a year as it seeks to reduce its dependency on the country’s fuel supplies after Moscow’s invasion of Ukraine.

Timmermans maintained that the EU could still meet its aims to limit global warming by cutting greenhouse gas emissions by at least 55 per cent by 2030, and a goal of net zero by 2050, as long as renewable energy also increased rapidly.

Russia supplies 40 per cent of the EU’s gas, with Italy, Germany and several central European countries particularly reliant. It also provides about 25 per cent of crude oil.

The commission’s proposed saving is double that suggested by the International Energy Agency last week in its 10-point plan, and comes as gas prices hit record levels on rising global demand and the possibility of Russia cutting off supplies. The proposal also relies on curbing energy usage, by lowering thermostats and improving household insulation.

“[If we] increase the speed by which we transit to renewables, combined with increasing our energy efficiency, combined with diversifying our energy resourcing, by the end of this year already we could have decreased our dependence on Russian gas by two-thirds,” Timmermans said in an interview with several European publications on Monday.

“Creating your own energy resources is the smartest and most urgent choice” to ensure security of supply, he said.

However, some countries could rethink plans to use gas as a “bridge” between burning coal and replacing it with wind and solar power. “One could imagine you stick with coal a bit longer but only if you speed up the transition to renewables,” he said.

The proposal calls for 90 per cent of gas storage capacity to be filled by September 30, up from about 30 per cent now. Brussels will allow governments to pay companies to hold the gas.

Timmermans said the EU could increase imports of gas from other sources, including 10bn cubic metres (bcm) of piped gas from countries such as Azerbaijan, as well as liquefied natural gas from Qatar, Egypt and even Australia, by 50 bcm.

The EU has the capacity to import 160 bcm annually of LNG and only manages 80 bcm.

Timmermans also said it could double biogas production, using agriculture and food waste, from 17 bcm to 35 bcm by 2030, and quadruple hydrogen use to 20 metric tonnes, which would reduce gas by 50 bcm, he said.

The plan urges quicker planning processes and greater investment, but these are in the hands of national governments.

Countries could use the receipts from the sale of carbon permits under the Emissions Trading Scheme, the paper says.

Revenue from the sale of permits that allow major polluters to emit carbon from their operations was €30bn in 2021, double the year before, after prices rose to a high of more than €96 as supply remained limited. However, they have fallen in the past week to about €65.

* This story has been amended since original publication to reflect the fact that the EU imported 80 bcm of liquefied natural gas in 2021.