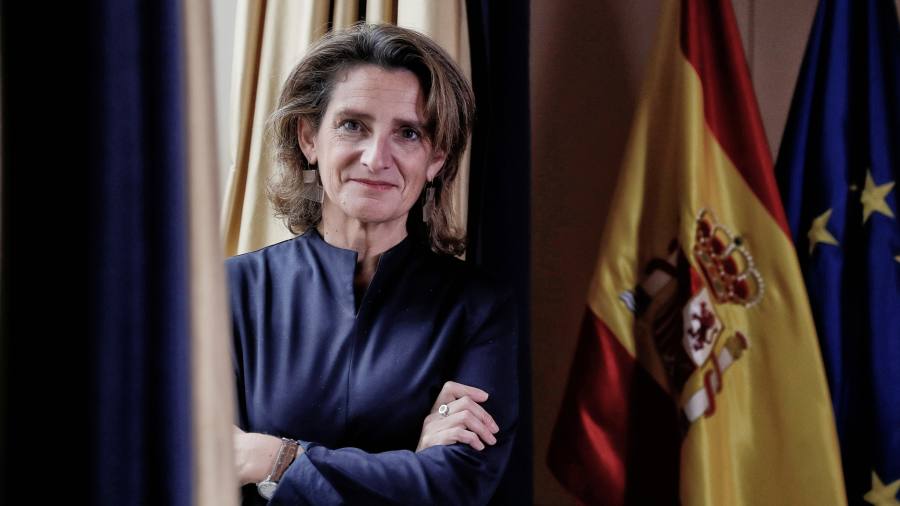 Could the coronavirus crisis help save the planet? Teresa Ribera, Spain’s environment supremo, is betting Europe’s multibillion-euro response to the pandemic will make a decisive difference to the EU’s battle against climate change.

In an interview with the Financial Times, Ribera, a deputy prime minister in the leftwing government, set out the country’s plans to tap into the bloc’s €800bn coronavirus recovery fund. But she also acknowledged challenges such as skill shortages, inflation and the need for private funds and popular backing.

“It is the kind of responsibility you have once in a lifetime, the sort of thing that probably no one imagined,” said Ribera, the principal author of Spain’s energy and climate plan. “The total €140bn in recovery fund grants and loans is equivalent to all the structural funds Spain has received since it joined the EU; it is a spectacular amount.”

The EU requires countries to spend at least 37 per cent of the recovery funds on climate action. Spain, the fund’s second-biggest beneficiary after Italy and the first country to have its plans approved by Brussels, is aiming at 40 per cent. Its status as one of the EU members most at peril from climate change — because of problems such as desertification, water shortages and intense heat — makes the issue still more important.

Some of the biggest ticket items in Spain’s recovery plan — €6.5bn for electric vehicles and public transport, €7bn for energy efficiency in buildings, and €6.9bn to make the country a renewable energy hub and develop “green hydrogen” — will play vital roles in determining whether it meets its goals to reduce carbon emissions by 2030.

Spain’s opposition People’s party has railed against the plans for the EU funds, taking legal action after accusing the government of favouring Socialist-controlled regions, and highlighting delays.

Ribera has dismissed such criticism, arguing that the funds are subject to heightened scrutiny by Brussels and insisting that all the country’s regions will benefit.

But she said, for the resources to be spent most effectively, the workforce would have to gain new skills.

“Do we have enough workers to absorb all the money for the rehabilitation of buildings?” she asked. “Well, obviously, they are not the construction workers of 20 years ago, who probably were not very trained. And at present, we have fewer registered construction workers than in 1999. So professional training is a focus.”

She added that she anticipated “episodes of inflation”.

“Suddenly, the whole world decides that everything has to be digital, renewable and green: this creates tensions in the supply chain and generates inflation,” she pointed out.

There are also questions over whether the plans are ambitious enough for the change needed.

The shift to electric vehicles, for example, is vital for Spain, which has Europe’s second-biggest car industry and hopes to head off competition from China by manufacturing low-cost electric vehicles by 2025.

Ribera acknowledged the country’s charging infrastructure was behind its EU peers. “It is true we have begun late, but we will make up for that very quickly,” she said.

But Spain’s car manufacturers association wants a more sustained push — to more than 300,000 chargers by 2030 — and warns that many of those in place at present are not powerful enough to charge cars quickly.

Overall, Ribera is hopeful the private sector will invest four to five times the amount coming from EU grants. Whether such a scale of resources — up to €350bn given the total grants of €70bn — will be mobilised is one of the biggest questions surrounding the EU funds.

The minister also argues public opinion will play a huge role. With the rise in gas prices pushing Spanish electricity bills higher, Madrid has been calling on the EU to revise its pricing rules so consumers will be charged less — a measure the European Commission is now contemplating, at least on a temporary basis.

Ribera warned that continued high prices could jeopardise the energy transition, by increasing costs and alienating the public.

“A transformation like we are living through always needs social support,” she said. “Citizens have to think there is something positive in it for them . . . that it is not an agenda for big companies.”