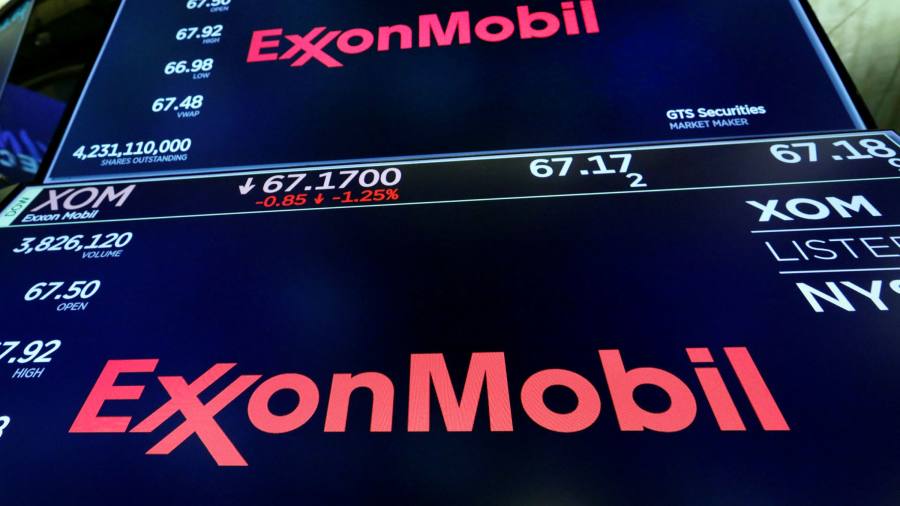 ExxonMobil shareholders on Wednesday backed a measure calling on the oil company to lay out how a rapid global shift away from fossil fuels would affect its finances.

The vote, which was backed by 52 per cent of shareholders, marks another victory for climate campaigners against America’s most valuable oil company, a year after an activist hedge fund won three seats on its board.

The measure calls on the oil major to publish an audited report outlining how the International Energy Agency’s modelling for a net zero economy by 2050 would impact the “assumptions, costs, estimates, and valuations” underlying its financial statements. Exxon’s management had urged shareholders to vote against the measure, arguing the information was already readily available.

“Today’s vote is a major win for both investors and the planet, and a step change in ensuring company accounts match climate rhetoric”, said Charlie Kronick, senior programme adviser at Greenpeace.

The IEA’s 2050 net zero scenario modelled a rapid decarbonisation of the global economy, involving a sharp pivot away from fossil fuels in order to avoid global warming of more than 1.5C above pre-industrial levels. It said the world would not need investment in new large oil and gas projects under that scenario.

Exxon earlier this year said it was aiming for its oil and gas operations to be net emissions free by 2050, part of a string of measures it has taken over the past year and a half as it has come under investor pressure to address the threat to its business from climate change.

Anne Simpson, global head of sustainability at Franklin Templeton, said: “Investors continue to push for speed and scale on the transition, and are now driving for integration with the financials, which brings auditors into play. That’s an overdue and powerful development.”

The motion was backed by a handful of major investors including the NY State Common Retirement, T Rowe Price, and California Public Employees’ Retirement System. Proxy advisers ISS and Glass Lewis had advised shareholders to vote in favour. A similar motion was narrowly defeated last year.

Exxon acknowledged the shareholder vote and said it was continuing to mitigate emissions from its operations.

The company in January released a model of how its business would be affected under the IEA’s 2050 net zero report. The company’s chief executive, Darren Woods, told the FT at the time that Exxon would continue to grow under the scenario, but the majority of its spending would shift towards low-carbon businesses such as hydrogen and carbon capture and storage.

Aeisha Mastagni, portfolio manager at the California State Teachers’ Retirements System, which backed the proposal, said its support “shouldn’t be seen as combative with the company”.

“It’s actually a sign of support and encouragement, and sending a signal to the market that these are issues that we really care about and are important,” she said.

“Climate risks are also very significant financial risks — that’s no secret among investors,” she said. “While many companies disclose climate impacts in certain places, those disclosures are too often absent, inadequate, or inconsistent in financial statements, fundamentally compromising investors’ ability to effectively manage and allocate their assets.”