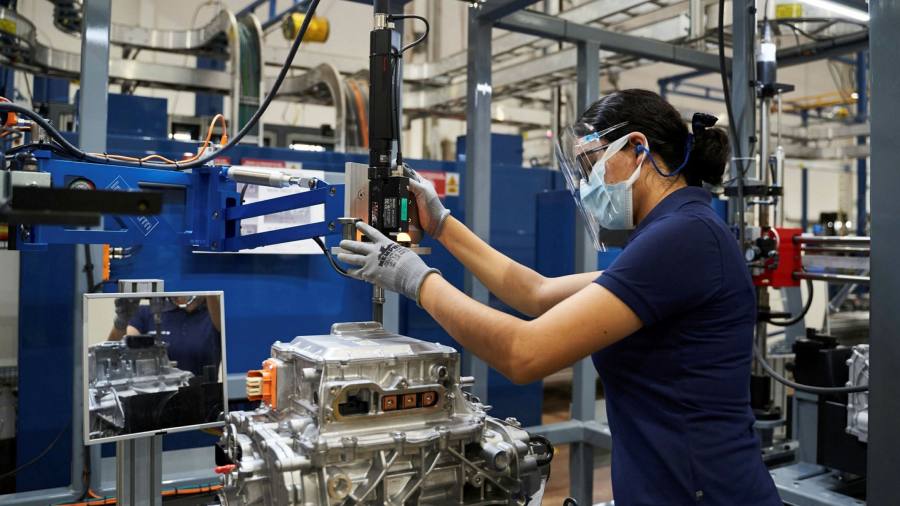 US carmaker Ford is to expand its electric ambitions in Europe as it doubles its investments in Germany, installs a battery factory in Turkey and phases out all emissions from its vans by 2035.

The announcements come a week after the group split its businesses into battery-powered vehicles and engine models, in a global restructuring to take on electric car pioneer Tesla.

Its new plan involves making every model fully electric by 2035, extending last year’s promise that all passenger cars and two-thirds of its vans would be electric in continental Europe and the UK by 2030.

The move, which means phasing out its diesel Transit vans, ties in with its pledge last year at the COP26 summit to sell only zero-emission vehicles in developed markets by 2035.

Ford’s entire business in Europe, including production and logistics as well as the vehicles it sells, will be carbon neutral by 2035 as well, the company said on Monday.

The moves will help establish Europe as a leader in the transition from combustion engine to electric cars. The region is the second largest for electric vehicle sales behind China.

The US group will build a gigafactory in Turkey with battery group SK and Koc Holding, which will produce cells for the commercial vehicles made in the country.

The decision means the group is no longer considering a UK site to make batteries, though Ford did last year invest £230mn to make electric parts at its Halewood facility on Merseyside.

Ford’s shift also raises questions about the long term future of its Dagenham plant in the UK, which makes diesel engines for the Transit.

Ford Europe president Stuart Rowley said the site “will be the longest tail of the combustion engine business” and “remains a very important part of the business”.

“Everything is being changed, everything will transform, and that brings a lot of change, but we think it’s what society demands in Europe,” he told the FT on Monday.

The company now expects to produce about 600,000 electric vehicles in Europe every year from 2026, once all of its new models come on stream.

The group, which currently sells only one battery passenger car model in Europe, the Mustang Mach-E, imported from Mexico, will release seven new electric models in Europe starting from next year.

It will start with the Turkey-built Transit Custom and a new small sport utility vehicle to be made at its Cologne factory in Germany.

Ford and VW have a global alliance that involves sharing some vehicle programmes and technologies.

Batteries for the cars will come from VW’s suppliers, which include Northvolt in Sweden, and will be assembled at a new facility in Cologne. Ford will raise its investment at the German site from €1bn to €2bn to accommodate the new lines and the additional vehicle, and expects to make 1.2m battery vehicles at the site over six years.

Ford’s Puma, its smallest high-seating model, will offer an elect

sion from its Romania plant from 2024. Ford will also hand over full control of the plant to the Ford Otosan joint venture, it said on Monday.

The Romanian site will also produce electric versions of the smaller Transit Courier and passenger van Tourneo Courier from 2024.