How severe drought has spread across the US 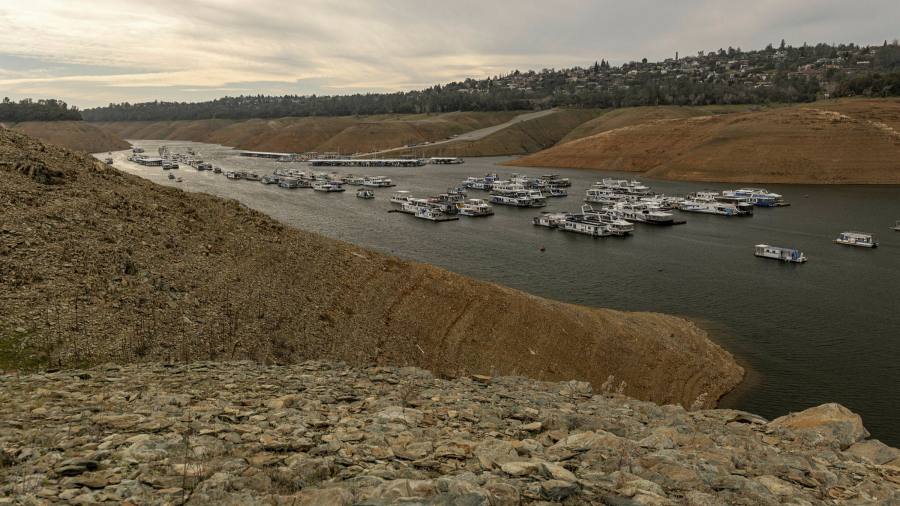 US drought conditions have worsened and now cover more than half of the contiguous US, the greatest extent since 2013, according to the latest research.

More than half of Texas is in severe or extreme drought. The dry conditions follow record-setting warm temperatures across much of the state in January. With three-quarters of topsoil moisture rated as poor or very poor, crops have been severely affected.

At the end of January a survey by the non profit group Texas 2036 found that nine in 10 Texans were concerned water supplies would be exhausted given the current weather trends and the prospect of continuing drought conditions.

Overall, the year 2021 was progressively warmer than normal, with global temperatures inching higher than the average with each passing month.

Between January and November 2021, the average global land and ocean surface temperature was 0.84C above the 20th-century average of 14.1C, making it the sixth-warmest such period on record, according to the US National Oceanic and Atmospheric Administration (NOAA).

The distance from the 20th-century average has been increasing since February, when the average year-to-date temperature (for January and February combined) was about 0.7C warmer than the norm for that period last century.

The overall temperature rise since pre-industrial times due to human activity is estimated at 1.1C.

The Financial Times is tracking temperature rises and other extreme and record-breaking weather events around the world, using data from NOAA.

The group publishes a monthly global report on key climate anomalies, such as record temperatures, so that scientists and members of the public can learn more about how the planet is changing.

The FT has compiled a selection of these events in a table that is searchable by month and region.

It highlights weather extremes that broke records or were “top five” events — the “third hottest” or “fifth wettest”, for example — and will be updated each month when the latest data is released.

With the planet set to continue warming even if global emissions are slashed, extreme weather events will become more common and severe, the world’s top climate scientists have warned.

Their conclusions chimed with what people had witnessed: during the first seven months of the year, a succession of deadly heatwaves, tornadoes, floods and wildfires criss-crossed the globe, causing widespread destruction and suffering.

The landmark report — compiled by the UN’s Intergovernmental Panel on Climate Change — found that the evidence for human-induced warming was “unequivocal”.

Even with rapid emissions cuts, temperatures would continue to rise until “at least” 2050, prompting extreme weather events, said the report, which was signed off by more than 200 scientists from 60 countries.

A study published in the journal Science late last year estimated that people born in 2020 would experience between a two- and sevenfold increase in extreme weather events during their lifetimes, particularly heatwaves, compared with people born in 1960.

A rising awareness and anxiety about extreme weather events has fuelled the growth of a relatively new field of academic research, known as “attribution science.”

Researchers working in the field, who are increasingly in demand, analyse the causal links between individual weather events and the changing climate.

Proving causation is fiendishly difficult, since many factors can contribute to the occurrence and severity of a natural disaster.

But researchers at the World Weather Attribution network in July 2021 came to an unusually strong conclusion: the record-breaking heatwave that hit North America year would have been “virtually impossible without human-caused climate change”.