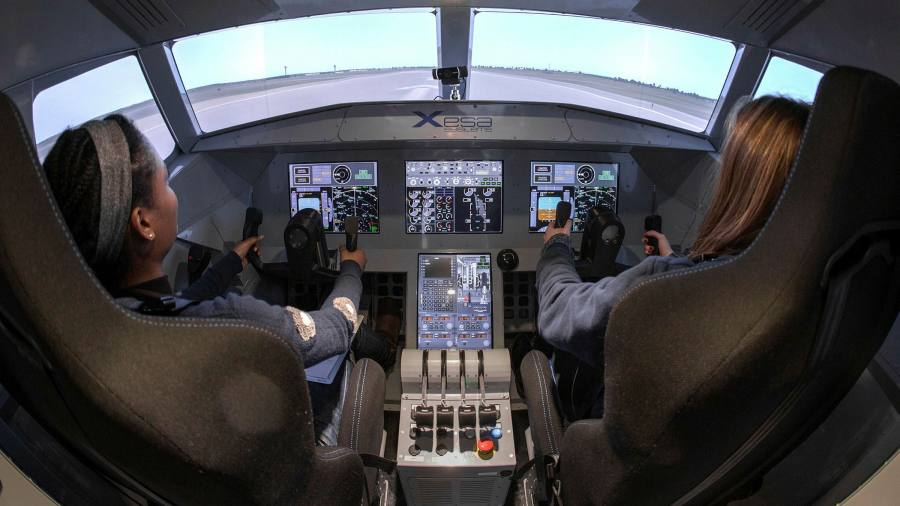 Imperial College London is to set up a research institute to explore and develop technologies needed to support the aviation industry’s transition to net zero, backed by a £25mn donation from a former student.

Researchers at the new Brahmal Vasudevan Institute for Sustainable Aviation will look at all elements of air transport, from fuel and aircraft design to airport infrastructure, air traffic control and aviation policy.

Professor Alice Gast, president of Imperial, said the donation would allow it to “take on one of the greatest challenges in the fight against climate change”.

Aircraft manufacturers and airlines are under increasing pressure to cut pollution and meet zero-emission targets by 2050. Before the pandemic led to the grounding of many of the world’s aircraft, aviation accounted for roughly 2.4 per cent of global emissions. The pressure to curb emissions has accelerated since the crisis.

The industry is working on a number of different technologies, from “sustainable aviation fuels” to electric batteries and hydrogen but it will require a variety of solutions to address the decarbonisation challenge.

The donation, one of the largest in the college’s history, comes from aeronautical engineering alumnus Brahmal Vasudevan, founder and chief executive of private equity firm Creador, and his wife Shanthi Kandiah, founder of legal firm SK Chambers.

“Moving towards zero pollution is a mammoth task and aviation, in particular, is a complicated sector to decarbonise,” said Vasudevan.

The new institute will be based in Imperial’s aeronautics department and aim to mobilise expertise from across the college’s faculties and research centres.

Paul Robinson, head of the department, told the Financial Times that Imperial already had a “large range of capabilities that are relevant to the future of sustainable aviation”, including expertise in new fuel technologies such as hydrogen and batteries.

The donation, he added, would “enable the establishment of this institute that will then be able to draw on all of those capabilities with the intention of exploring what the optimum aircraft configuration would be”.

Other areas of research, added Robinson, would look at the challenges around changing airport infrastructure to enable the use of hydrogen.

Views vary on the speed with which hydrogen can be deployed across the industry.

Airbus said last week that it would open a research centre at its Filton site in the UK to test and develop hydrogen technologies as part of plans to bring a zero emissions aircraft into service by 2035.

The Toulouse-based group said the centre would focus on the development of a cryogenic fuel system that will be critical for a hydrogen-powered aircraft to succeed. The Airbus centre will benefit from the government’s recent commitment to guarantee £685mn in funding to Britain’s Aerospace Technology Institute, which allocates state funding for innovation in the sector.