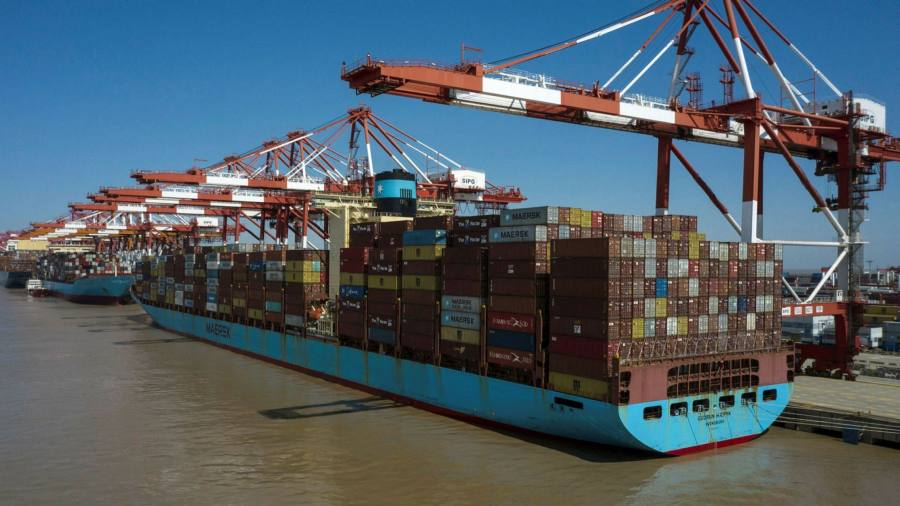 Shipping group AP Moller-Maersk is bringing forward a target to cut carbon from its operation by a decade to 2040 as it responds to growing demand from companies for an emission-free supply chain.

The Danish container company, the world’s second-largest by volume, has also introduced new targets for 2030 of reducing its emissions per container by half and transporting a quarter of its ocean freight using greener fuels.

Soren Skou, Maersk’s chief executive, told the Financial Times that when the group first set a 2050 goal of net zero emissions in 2018 it was “really a moonshot” as “we didn’t have an idea how to get there”.

But now with companies such as Amazon, Ikea, and Unilever demanding carbon-free transport by 2040 and Maersk already ordering its first ships capable of running on green methanol, the Danish group is able to speed up its push to eliminate emissions.

“We see ourselves as a leader in how to decarbonise one of the hard-to-abate sectors. We think this is the right thing to do,” Skou said.

Jacob Sterling, Maersk’s head of decarbonisation, added: “It’s going to be hugely challenging. There’s not much buffer in the strategy.”

Maersk is now aiming to be net zero by 2040 in its entire business, not just shipping, although Sterling conceded it would probably have to use offsetting to achieve the final 5-10 per cent reduction.

By 2030, its port terminals business should cut its absolute emissions by 70 per cent. A quarter of all its ocean freight should be transported by green fuels, which Maersk defines as having emissions at least 65 per cent lower than current fossil fuels, ruling out liquefied natural gas (LNG) that some competitors are using. Its growing air freight business should use 30 per cent sustainable aviation fuel.

Skou said that setting a 2050 target was “relatively easy for me as a CEO to do” as it would be a task for one of his successors to implement. But the 2030 goals could only be achieved with “clear progress” in the next five years so were “probably more important” than the net zero goal.

The biggest challenge for Maersk is finding sufficient quantities of green fuel. “It’s not a trivial thing. Nobody produces it in any real quantity today,” said Skou.

Maersk has plumped for green methanol for its first 12 new ships ordered to be capable of running emission-free. The technology, which Skou estimated could be three times the cost of the current fuel at the start, is controversial as CO2 is first absorbed in production and then emitted when burnt, but for Maersk it has the advantage of not requiring it to redesign its vessels.

Sterling said its 12 new vessels would need about half a million tonnes of the fuel a year whereas current annual production of green methanol was only about 35,000 tonnes. “Scaling up green fuels fast enough is clearly very challenging,” he added.