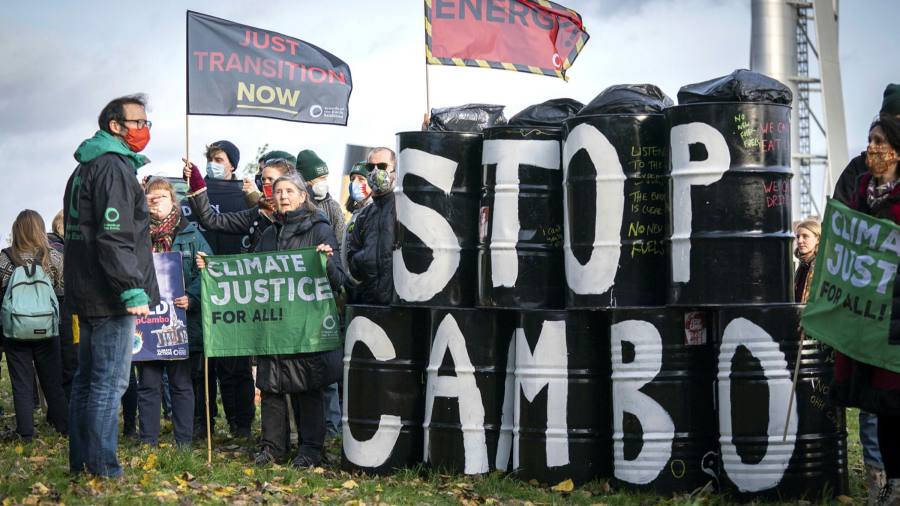 Medical leaders have made a rare intervention in the climate change debate, calling on the UK government to halt new oil and gas exploration to avoid further damage to the nation’s health.

The broadside is contained in a letter signed by institutions with a combined membership of more than 250,000, including the British Medical Association, the Faculty of Public Health, and the Royal Colleges of Physicians, Paediatricians, Obstetricians and Gynaecologists, and Psychiatrists. More than 600 individual health professionals are also among the signatories.

As well as calling for an immediate end to new North Sea oil and gas licences, the group demanded that ministers withhold approval of any new offshore fossil fuel developments — including Cambo, a proposed new oilfield north-west of the Shetland Islands. Additional demands include more help for vulnerable people struggling with rising energy bills and a plan to limit global warming to no more than 1.5C, the target outlined in the 2015 Paris agreement.

The letter says the country is facing both an energy and a climate crisis, with a single underlying cause: “the UK’s continued reliance on expensive and polluting fossil fuels for its energy supply”.

“As healthcare professionals, we know that any new fossil fuel projects and their contribution to climate change constitute a grave threat to our patients and the resilience of our healthcare system. We urge you to do all in your power to mitigate this health crisis,” the clinicians said.

Dr Andrew Goddard, president of the Royal College of Physicians, said it seemed “utterly wrong that, at a time when the role of fossil fuels in climate change is better understood than ever, anyone should think that drilling for oil is a good thing”. Climate change was already on a scale that was harming health and would only get worse, he warned.

Campaigns led by environmental groups to halt further drilling in the UK North Sea accelerated last year after Kwasi Kwarteng, the UK business secretary was asked to approve the Cambo project by Siccar Point Energy, a fossil fields producer backed by private equity groups including Blackstone. The proposed development was paused in December after Shell, Siccar Point’s minority partner in the scheme, withdrew in the face of lobbying by climate activists.

Oil and gas companies will seek approval for a further ten projects this year and next, according to Westwood Global Energy Group, a consultancy.

The UK already imports more than half of its gas, and a Financial Times analysis has shown the country’s reliance on imports from countries including Norway, Qatar and Russia will increase to 70 per cent by 2030 even if existing North Sea reserves are exploited.

Oil and gas producers argue that if the UK is not to become even more reliant on overseas supplies, it must continue to exploit these remaining assets.

Rishi Sunak, the chancellor, earlier this month announced a £9bn package of support for households to help offset sharp rises in domestic energy prices this year, but charities complained that very little was targeted directly at those households that will struggle most with soaring prices.

Responding to the call to end new oil and gas drilling, the UK business department said: “There will continue to be ongoing demand for oil and gas over the coming years as we transition to cleaner, more secure forms of energy generated in this country.” Turning off domestic sources of gas overnight “would put energy security, British jobs and industries at risk, and we would be even more dependent on foreign imports”, it said.

The department added that in addition to £12bn of support already in place, it was “taking decisive action to help households with rising energy costs with a £200 reduction on bills this autumn and a £150 non-repayable reduction in council tax bills”.