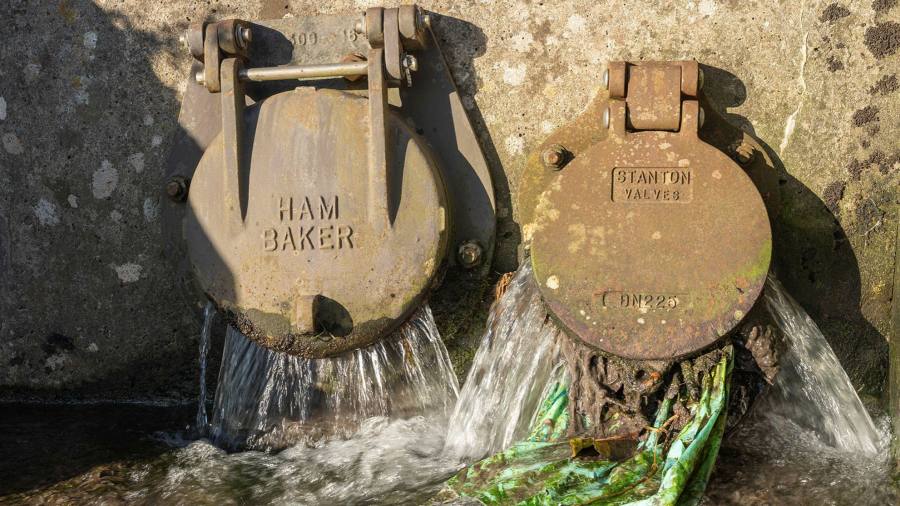 Successive governments, regulators and water companies have turned a “blind eye” to sewage pollution in England and Wales, accepting “pre-Victorian practices” of allowing raw effluent to flow into rivers, a cross-party committee of MPs has said.

In a damning report following a year of hearings from water companies, scientists and environmentalists, the House of Commons Environmental Audit Committee castigated regulators for a “complacent” monitoring regime that was “outdated, underfunded and inadequate”.

It said it was “alarmed” at the extent of sewage discharge, and of the misreporting and large spills by water companies.

“Our inquiry has uncovered multiple failures in the monitoring, governance and enforcement on water quality,” said Philip Dunne, the Conservative committee chair. “Rivers are the arteries of nature and must be protected.”

Bacteria found in sewage and animal slurry can cause sickness, but the quality of monitoring and information on river quality is “so poor” it was hard for people to get a complete picture of water health and make sensible decisions about when to go near the water, the MPs said.

Monitoring — which is often carried out through infrequent spot checks — has also not been updated to identify microplastics, persistent chemical pollutants or anti-microbial resistant pathogens, all of which risk harming animal and human health. “Wastewater treatment removes some chemicals, but current treatment methods have not been designed to deal with the vast array of chemicals in use in modern life,” the committee said.

So inadequate is the information provided that the Environment Agency, the environmental regulator, should create an online platform where citizen scientists such as the Windrush Against Sewage Pollution campaigners or the Ilkley Clean River group can upload their data on water quality, which should be recognised by watchdogs, the MPs proposed.

An urgent review of operator self-monitoring is needed, the committee said, while the overflow permit system needs tightening so that they only happen in extreme conditions as the laws intended. Water companies should by the end of this year be obliged to publish data on spill duration and volume every 15 minutes in an easily accessible format, it added.

On some measures, river water quality appeared to have deteriorated in recent decades, the MPs said. Just 14 per cent of rivers in England and Wales are classified as the minimum “good” status, and not a single river in England has received a clean bill of health for chemical contamination, according to the latest Environment Agency data.

The MPs cited research conducted last year by the Wildlife and Countryside Link, an environment coalition, that found river water quality in England was among the worst in Europe.

There was “no quick fix to decades of under-investment”, the report said. But “more assertive enforcement” by the financial regulator Ofwat and the Environment Agency were needed, the MPs said. Ofwat should prioritise investment to boost water quality, as well as looking to limit bonus payments of executives at water companies that have breached overflow permits, it said. Fines for breaching permits and for agricultural or other pollution should also be increased.

Ofwat pointed to an continuing investigation with the EA into non-compliance by companies at sewage treatment works and said it would consider the recommendations. “Water companies’ performance in releasing sewage into the environment isn’t acceptable,” it said.

Water UK, which represents water companies, said: “We support the committee’s urgent call for action to improve the health of England’s rivers. Now is the time to have an honest conversation about whether the current approach is adequate for addressing the challenges faced by our environment.”

Research by the Financial Times published last month showed investment in the sewage and waste water network has fallen by almost a fifth in the past 30 years, from £2.9bn a year in the 1990s to £2.4bn now.