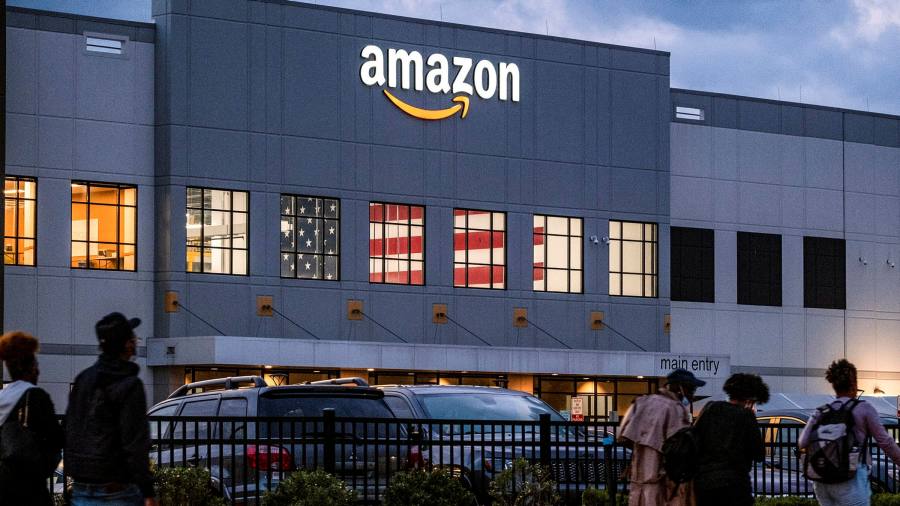 What do companies such as Nestlé, Cargill, AstraZeneca, Oreo, Halliburton and Cloudflare have in common? The answer is they were all targeted in tweets that appeared in my feed last week from Anonymous, the anarchic online hacktivist collective that has been trying to use its muscle to take revenge on Russian institutions over the Ukrainian invasion — and, in particular, the deaths of Ukrainian children.

More specifically, Anonymous has been warning “companies that continue to operate in Russia by paying taxes to the budget of the Kremlin’s criminal regime” they must withdraw from doing business in Russia or risk becoming one of their targets. And just in case any executive was tempted to dismiss this as a prank, Anonymous followed up these threats by leaking 10Gb of data from Nestlé — and threatened to start leaking its customers’ data too.

Nestlé later announced it was suspending operations in Russia, and another 450 companies have apparently exited, according to new research from Yale. But 40 large companies continue to operate in Russia, the research shows. And the saga leaves some big questions hanging over corporate boards: is the Anonymous action a laudable sign that ethical activists have discovered new ways to promote human rights? Or mob justice gone mad? And will these tactics be copied by other ESG hacktivist groups in the future? We would love to hear your thoughts.

Meanwhile, in today’s newsletter we have an intriguing update from the Harvard Business School’s impact-weighted accounting project on diversity issues in tech. Simon shares how investors are turning their attention from the “E” to the “S” in ESG, and Kristen and Patrick report on Goldman Sachs Asset Management’s latest push for companies to disclose greenhouse gas emissions. More below. (Gillian Tett)

Is Apple more virtuous than Amazon in diversity issues?

These days, companies of all stripes are scrambling to demonstrate virtue in hiring a diverse workforce. The tech sector is at the forefront of this effort, partly because it has been anything but diverse in the past, but also because its own employees have become increasingly vocal in expressing their anger over issues such as sexual harassment and racial bias.

But which tech companies do better in terms of diversity? Three years ago Sir Ronald Cohen, the veteran European venture capitalist, established a so-called Impact-Weighted Accounts research project at HBS. The project aims to (re) weight corporate accounts to reflect the true cost of their environmental footprint and employment practices. This has produced a head-spinning amount of data on environmental issues, which is highly relevant given the new rules for climate disclosures being proposed by the Securities and Exchange Commission.

But the employment analysis is arguably even more path-breaking, since this corner of ESG has hitherto been fuzzy. The Impact-Weighted Accounts project, for example, recently examined the workforces of Apple, Amazon and Oracle to see how diverse their staff were compared with the population patterns of their local markets. Then the analysis took into account how much revenue was being withheld from excluded or marginalised communities because they were “missing” (ie not properly represented) in the workforce. This shows that Amazon has the largest gross so-called “diversity debit”, of $6.68bn, but that partly reflects the fact that its workforce is enormous (three times bigger than that of Apple, and six times larger than that of Oracle.) And in relative percentage terms, Amazon has a lower “diversity debit” (of -16 per cent), compared with Apple (-24 per cent) and Oracle (-26 per cent). That is partly because Amazon hires more low-income workers in its warehouses.

But when you look at the “employment impact intensity” — ie all the factors that the HBS thinks should matter when judging whether hiring practices are creating more sustainable communities, or not — Oracle does slightly better than Amazon, and Apple comes last.

No doubt, Apple’s ESG department would retort that these scores are rather subjective (if not confusing). Fair point. However, the HBS project is breaking some fascinating new ground here. And this number-crunching should help to crystallise the bigger debate. Particularly if influential people such as Cohen keep focusing on eye-catching companies that often like to trumpet their ESG scores. (Gillian Tett)

When Covid-19 plunged the UK into an unprecedented lockdown, supermarket staffers were officially classed alongside doctors and firefighters as “critical” workers. But many of them have been struggling to subsist on meagre wages. Now, a coalition of institutional shareholders is pressuring UK supermarket chains to raise their pay standards — reflecting increasing investor focus on corporate social impact amid the pandemic.

More than 100 investors managing £2.2tn ($2.9tn) have filed a shareholder resolution at UK retailer Sainsbury’s ahead of its annual meeting this summer, urging it to commit to pay a “living wage” to its 189,000 staff and thousands more contract workers. The group, which includes the UK’s largest asset manager Legal & General, is also writing to 11 other big UK supermarket chains with the same demand.

The move reflects an emerging trend towards increased focus on social issues from investors who had previously shown greater engagement on environmental concerns. Earlier this month, a group of investors controlling more than $3tn wrote to Starbucks urging it to take a friendlier approach to employee attempts to unionise.

The resolution at Sainsbury’s asks the company — the second-biggest UK supermarket chain by sales — to seek formal accreditation from the Living Wage Foundation, a non-profit group that issues an annual estimate of the income required to meet basic needs. At the moment that is £11.05 an hour in London and £9.90 elsewhere in the UK, compared with the national legal minimum of £9.50 for those aged 23 and over. Nearly 10,000 UK companies, including about half the constituents of the FTSE 100 index, are accredited under the initiative — meaning they meet the recommended pay benchmarks and have committed to doing so in the future. But none of the UK supermarket chains, with their hundreds of thousands of modestly paid contractors, is among them.

Sainsbury’s meets the living wage pay level for most of its employees. But while its workers in inner London earn the hourly rate recommended by the LWF, those in outer parts of the city get less. “This cost of living crisis is not impacting those in outer London differently to those in inner London — it doesn’t match the demarcation line that Sainsbury’s has set,” said Angeli Benham, who is leading L&G’s work on the issue.

In a statement, Sainsbury’s said it had increased hourly pay rates by a quarter over the past five years, including a rise of more than 5 per cent in January. It also said its pay rates were significantly higher than some of its key rivals, including market leader Tesco.

But Sainsbury’s relatively responsible treatment of employees, compared with its peers, is part of the reason why the investors decided to target the company with this resolution, said Diandra Soobiah, head of responsible investment at Nest, the UK’s biggest pension provider and a cosignatory of the resolution. “No supermarket currently pays the living wage to all employees, but Sainsbury’s is the most likely to engage on this,” she said, adding that a commitment from Sainsbury’s could galvanise action from the rest of the sector. (Simon Mundy)

As Simon’s piece points out, annual general meetings season is heating up. From the other side of the Atlantic, Goldman Sachs Asset Management announced last week it would vote against audit committee members at companies that do not disclose material greenhouse gas emissions data or have failed to make progress to do so.

Initially, GSAM targeted 271 portfolio companies and privately urged them to disclose their emissions over the past year. Now, “just under 100” face possible “no” votes, GSAM said. Though GSAM declined to name these companies, the company told Moral Money that 40 per cent of them were US-based.

Goldman Sachs has been increasing ESG pressure on companies recently. In December, the company said it would vote against big companies that did not have a minimum number of female and minority board members. But the company has also been under fire for a $150mn loan to the world’s biggest private sector coal producer.

Still, GSAM appears to be leading the proxy voting fight for the climate. BlackRock said earlier this year that it “may signal concerns” to US companies about their emissions disclosures. Vanguard said it would vote against boards if they failed to address material risks, such as climate change. And State Street told Moral Money it would be “holding independent board leadership accountable” on emissions and expected companies to disclose scope 1 and 2 as well as set goals to reduce those emissions.

Onlookers should not expect a flurry of “no” votes from GSAM, which told Moral Money it was hopeful some of the companies would start disclosing before their annual meeting, saying the announcement served as a “final warning”.