No one is ready for the rising tide of climate litigation 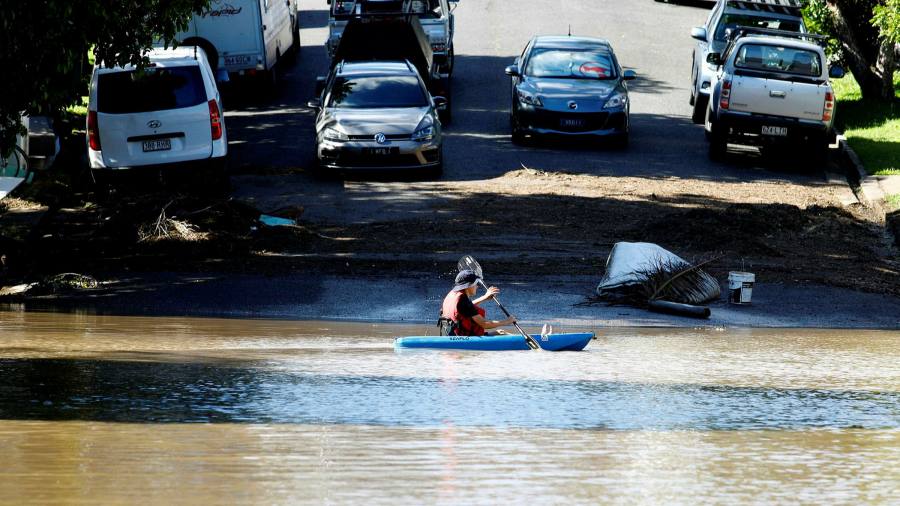 The protesters outside were chanting “O-I-L-Y, you ain’t got no alibi”. Shell had probably already clocked that they were on the hook for issues around climate change. But regardless, the singing activists who delayed this week’s shareholder meeting for nearly three hours were keen to ram the message home.

One awakening came a year ago. Shell, it was clear at the time, was taken by surprise by a Dutch court’s decision that its climate plans weren’t sufficient and that imposed new targets for emissions reductions. The company is appealing.

The judgment established, for the first time, that a private company had a duty to take action consistent with meeting the Paris climate goals to limit global warming, based on human rights obligations. The implications of that are still playing out.

The Bank of England used its inaugural “climate stress test” to highlight one black spot: the potential exposure of the insurance sector. Despite a doubling of climate litigation cases globally since 2015, the regulator suggested that no one had closely considered this before and, indeed, “several insurers struggled to collate and aggregate the information necessary for a robust assessment of potential exposures”.

Different cases, around direct or indirect contributions to climate change, greenwashing, breaches of fiduciary duties and more, could affect different insurance products in different ways. Cases may aim to change behaviour, as with Shell, or establish responsibility rather than collect damages. But the distinction is becoming more blurred, according to legal experts, and the former can lay the basis for the latter.

Specialist policies covering directors’ and officers liabilities, or D&O as it is known, were seen as particularly exposed to potential payouts, or covering legal defence costs even where suits were unsuccessful. That, the Bank said, could make future cover prohibitively expensive. Francis Kean, from McGill and Partners, thinks that the sheer range of cases that could lead to claims could make it hard for insurers to craft exclusionary language, even if policyholders were willing to accept it.

In a week where HSBC banker Stuart Kirk has prompted a discussion about whether the financial risks of climate change are overblown, it seems that other risks are being under-scrutinised. (Kirk himself expressly embraced climate science — “there will be fires”. And yet the Bank of England suggested that understanding and modelling of changing physical risks from fire, flood, wind or drought was rather patchy, at least in the financial sector.)

Rising litigation risk is a reality for companies, whether they realise it or not. Sue Garrard, a sustainability consultant and former Unilever executive, argues that the current gap between corporate commitments on climate change and action is huge: “But most companies aren’t thinking about litigation as a significant issue, despite the fact that the basis for lawsuits is shifting and broadening as people understand more about climate risks.”

Cases are becoming more diverse and ambitious: a Peruvian farmer’s case against Germany’s RWE for damages related to the melting of a glacial lake near his home is going to court.

And this is no longer simply an energy issue: the London School of Economics tracks the sectoral creep with cases against German automotive companies, financial institutions and food and agriculture companies.

Greater focus on greenwashing, including from regulators on both sides of the Atlantic, is part of this: “all sectors are engaging in greenwashing at the moment” is the verdict of Sophie Marjanac from ClientEarth.

As there is greater consensus and understanding around other environmental harms, that could unleash litigation — in the way that Paris created a “universally-defined danger line” in the words of Roger Cox, the Dutch lawyer behind the Shell case. An international agreement on plastic waste is expected, say, to lay the basis for more lawsuits in that area.

Of course, an “avalanche” of cases was expected after Shell; many won’t succeed. But the gaps flagged by the Bank of England — including the suggestion that a publicly-backed reinsurance pool might be needed were successful cases to increase suddenly — reinforces the impression of a very fast-moving area, where companies and their insurers are struggling to keep up.