Retirement could be on hold if you follow the misery index 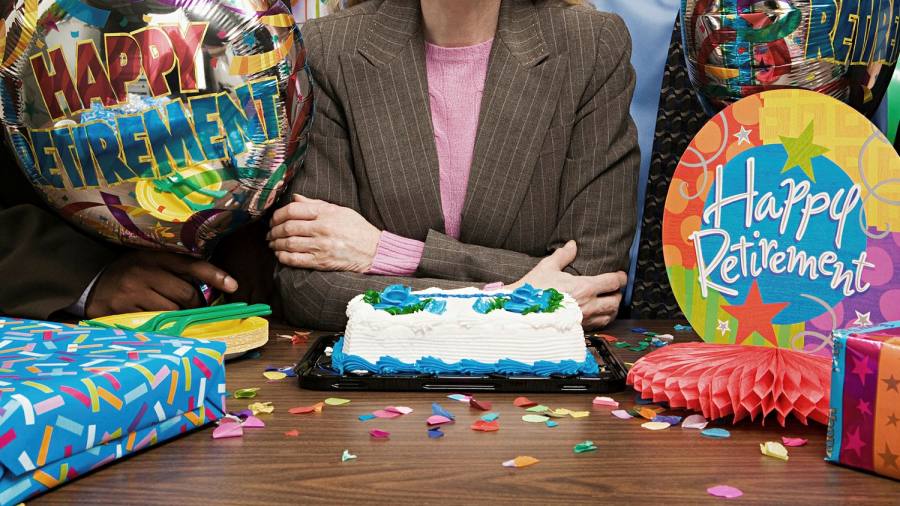 Thinking of retiring? Aren’t we all — a survey out this week suggested that more than 20 per cent of those of us in work are thinking about it. And of course an awful lot of us have already given in to the giving up urge.

Numbers out from the Office for National Statistics suggest that close to half a million 50 to 70-year-olds have left the workforce since March 2020 and not returned. Not all of that will have been voluntary, of course, but the most common reason given for it by the leavers is retirement.

Three-quarters of those over 60 also said that the shift was being financed by a private pension. Sounds nice, doesn’t it? But I wonder how many of the 500,000 are beginning to consider logging back on to LinkedIn and putting out a few feelers for some work. A toxic mixture of the stock market falling and inflation rising will be making them feel very nervous.

A lot of the 60-plus group will have a defined benefit (DB) pension. These are wonderful — you automatically get a percentage of your old salary, inflation-linked, forever. But they aren’t perfect.

Public sector pensions will rise by 3.1 per cent from April 2022, in line with the rise in the consumer prices index from September 2020 to September 2021. That would be fine if inflation was going to rise at 3.1 per cent in this year too. It isn’t — even the Bank of England now expects CPI to top out at close to three times that.

Private sector DB pensions often come with a nasty inflation sting in the tail too, in the form of an inflation cap. I have on my desk the details of one scheme (not mine, alas) which stipulates that it will rise at the “lesser of the increase of the retail price index or 2.5 per cent”. Given that RPI (which is always higher than CPI) is going to cruise past double figures this year, holders of this type of pension are going to take a genuinely unpleasant real income hit.

That said, the misery of those with DB pensions will be nothing, and I mean nothing, next to that of those with defined contribution (DC) pensions — the stock market-reliant ones the rest of us have.

Look at your pension account today (if you dare) and you will almost certainly be 10 per cent down from your peak, or possibly more given that the top holdings in most big global funds — the ones your pension provider will be holding for you — will be heavily weighted to giant US technology companies. The top 10 holdings in Nest, one of the UK’s big pension fund managers, were down an average of 16.9 per cent from the beginning of the year to March 10, for example.

Matters may not improve much. NDR, a research group, points out that so-called “misery indices”, which track the sum of CPI inflation growth and unemployment in different countries, are rising, with 87 per cent above their five-year highs.

The misery index is a shorthand for just how hard life is for populations — the higher they go the worse life probably feels, and in most cases is. In the UK we are now at 8.72 per cent against a five-year average of 6.28 per cent and a record high of 16.5 per cent in 1990.

Historically, rising misery indices — and the stagflation they suggest is coming — have been awful for global equities. Look at the forecasts for returns over the next few years from US fund manager GMO and I’m afraid you will not be much cheered. GMO sees US stocks falling just over 4 per cent annually over the next seven years in real terms and global stocks overall barely budging.

If you retired in 2021 because you felt rich after two stunning years of stock market returns this might make you feel a little shell shocked. It also highlights the problem with the UK pension system. It is fantastic in some ways. Auto-enrolment means most people in work for 30 years should end up with a pretty good pot. But it also leaves us at the mercy of markets: a year ago our pension accounts might have been telling us to kick back and take it easy. Now they are telling us the opposite.

On to the consolations. First, everyone’s wealth is falling, so in terms of your global wealth ranking nothing much has changed. This is only good news for those of you who think in relative not absolute terms, but it is all I have.

Second, your medium-term financial position has not changed as much as you might think: the S&P 500 is still up 10 per cent over the past year and the FTSE 100 is still up 8 per cent. If you were basing your retirement on the prices of a small group of tech stocks in late 2021 you’re in trouble (Netflix is down 42 per cent since). If you weren’t, you probably aren’t.

Third, while it may seem as if there is little within the market carnage you can control, there are a few things that you can. You can control the fees you pay: half a percentage point here or there might not seem like much when you are losing 10 per cent in a matter of months, but it adds up over time to make a real difference.

The Faangs, says Merrill Lynch, should now stand for fuels, aerospace, agriculture, nuclear and renewables and gold/metals and minerals

You can also control the extent to which you are diversified. Merrill Lynch has recently produced a report suggested that we redefine the Faangs. Until now the letters have stood for the fastest growing large tech stocks in the US (Facebook, Amazon, Netflix, Google and so on) and all too many fund managers appear to have been under the impression that diversification means holding more than one of them.

They should, says Merrill Lynch, now stand for the sectors that have been long neglected but are bounding back into favour — fuels, aerospace, agriculture, nuclear and renewables and gold/metals and minerals. How clever is that? The best of our young don’t go into the City for nothing.

All these sectors have done well this year so far, for obvious reasons. But there is every reason to think they will continue to do so in the medium term. If you feel the need to do something you should check that your portfolio includes them.

Finally, you can control your non-investment income — to a degree at least. In times of high inflation and volatile markets you need the insurance of having as many sources of income as possible. If you haven’t retired yet, maybe don’t.