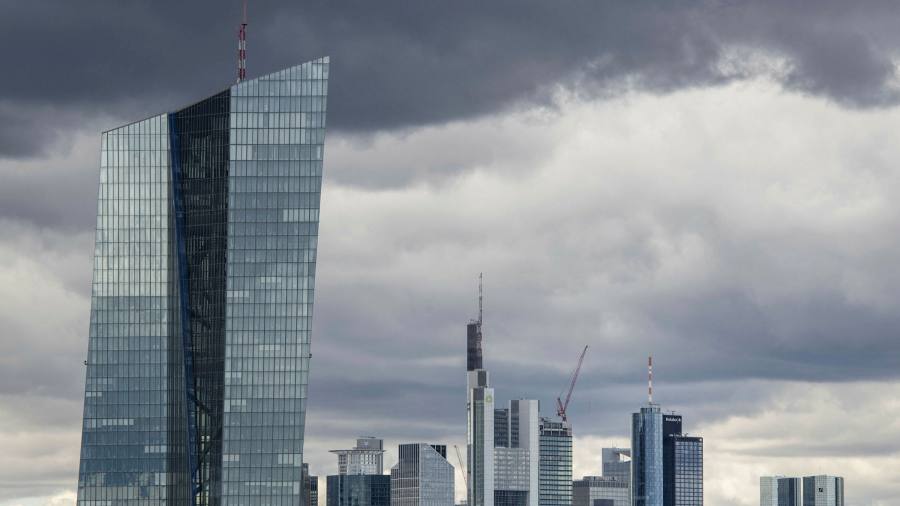 Good morning and welcome to another cliffhanger week of diplomacy and worst-case scenario preparations on Russia and Ukraine.

Following the latest diplomatic efforts led by Emmanuel Macron, the White House and French presidency said overnight that Vladimir Putin and Joe Biden had accepted the “principle” of a summit to discuss Ukraine. There has not yet been any confirmation of the proposed summit from the Kremlin.

The economic impact of a protracted conflict — or even just the threat thereof — on the EU’s post-pandemic recovery is likely to feature prominently at the informal meeting of finance ministers in Paris later this week. We’ll bring you the latest, including what eurogroup chief Paschal Donohoe had to say on the economic outlook.

With 30,000 Russian troops set to stay indefinitely in Belarus and heavy shelling continuing over the weekend in Donbas, we’ll look at what EU foreign affairs ministers are likely to discuss today with their Ukrainian counterpart and why an extension of the old sanctions regime against Russia — rather than triggering the new package — may be on the cards.

And with EU lawmakers starting to pore over individual pieces of legislation making up the EU Green Deal, I’ll run you through the areas of contention when it comes to saving energy by better insulating buildings.

When finance ministers meet in Paris to discuss EU economic policy later this week, they will be uncomfortably aware of how rapidly the ground is shifting beneath their feet, writes Sam Fleming in Brussels.

The threat of a Russian invasion of Ukraine, and the jolts this could deliver both to inflation and confidence, risk damaging the EU’s economic outlook at a time when the bloc is attempting to engineer a smooth transition away from the massive pandemic-related fiscal support packages.

An example of the strains came on Friday, when Italy’s Prime Minister Mario Draghi unveiled an €8bn package to shield consumers from rising energy prices and support the auto industry.

In an interview with the FT, Paschal Donohoe, Ireland’s finance minister and eurogroup president, said that while the euro area has “exceptionally low” unemployment and activity that is returning to pre-pandemic levels in many economies, “we are by no means yet out of the woods”.

The trick, he said, will be getting the balance right between “debt sustainability and continuing to support the recovery within our economies”.

The European Commission’s take on how to handle this will come on March 2, when it puts out its fiscal guidance for 2023.

The EU’s Stability and Growth Pact is due to be reimposed next year, after being suspended during the pandemic, but the commission is by no means planning to pursue a mechanistic reapplication of the rules given the massive debt blowouts that occurred over the past two years.

Debt and deficit reduction will have to be both gradual and differentiated as countries begin their journeys away from vast public support. And having advocated supportive fiscal policy overall this year, the commission is now considering a shift to a more neutral stance.

Donohoe observed the trend is already towards economies gradually reducing the “emergency levels of economic support” that were in place, pulling down fiscal deficits this year compared with last.

Alongside the commission’s guidance comes the debate about whether to make more enduring changes to the Stability and Growth Pact after the transition year when it’s reapplied next year.

While the commission is considering legislative proposals to achieve this, some of the more ambitious proposals come from Paris and Rome, which would like to have investments in green and digital projects carved out of deficit calculations.

However, Christian Lindner, Germany’s finance minister, told the FT in an interview last week that he did not support the idea of a so-called golden rule, saying “everyone would end up having their own definition for investment.”

Donohoe, who will help steer this debate in the eurogroup, said all ministers accept there is going to be a need for higher levels of investment in digital policy and the green transition. But when it comes to reform of the stability and growth pact to achieve these goals, “there is not a consensus in place at the moment”, he observed.

Belarus’s announcement yesterday that the 30,000 Russian troops which took part in military exercises will stay indefinitely raised the temperature in the three Baltic states, which unlike Ukraine are EU and Nato members. Western leaders in Munich over the weekend warned of Moscow waging a disinformation war, including about allegedly withdrawing its troops. (More here)

EU officials endlessly intone how much better prepared they are to impose sanctions on Russia than back in 2014 during the invasion of Crimea. But it’s another question deciding when exactly to impose the package, write Sam Fleming and Valentina Pop.

At the Munich Security Conference, Ukraine’s President Volodymyr Zelensky made the case for immediate action.

With heavy shelling continuing over the weekend in the Donbas region, Ukraine’s foreign minister, Dmytro Kuleba, is likely to urge EU ministers to act as he sits down with them in Brussels today.

But the appetite of EU governments to discuss what constitutes an aggression worthy of triggering the sanctions package remains low, given that this is an area of disagreement (as we wrote here). Instead, the bloc could — initially at least — consider expanding the old sanctions regime.

“We don’t have pre-emptive sanctions, so bad luck for them,” said one EU official familiar with the discussions. “But if the current level of provocations in the east [were to] escalate, we could use the existing sanctions related to the eastern Ukraine and enlarge them.”

The EU has imposed sanctions against 185 individuals and 48 companies in response to Russia’s annexation of Crimea and hostilities in the Donbas region and more names could be added to that blacklist.

As for the new sanctions package, detailed lists of companies and entities that would be targeted have now been prepared in close co-ordination with the US, UK and other allies. EU governments could convene rapidly to sign off on them, although the procedures may take longer than in the US, given the need for 27 member states to unanimously agree on the package.

Amid anxiety in a number of member states about the economic pain that would be inflicted by the sanctions, Brussels has also started to examine ways of compensating sectors or countries that are most affected, officials said. That could go beyond preparations for potential interruptions in Russian gas supplies to cover other sectors that might be hit by the penalties — or by measures Moscow takes in response.

Contingency planning also extends to the threat of a massive surge of refugees from Ukraine into bordering EU states, diplomats said, and for the potential for an escalation of cyber attacks on capitals.

The ability of households to cope with rising energy bills and upcoming new obligations to insulate their buildings is shaping up to be the subject of fierce debates within the EU.

Part of the EU’s Green Deal announced last year are tougher requirements for energy efficiency in buildings — seen as one of the easiest ways to save up on energy and thereby lower greenhouse gas emissions.

But the current spike in energy prices and labour shortages may be throwing a spanner in the EU’s plans.

The European parliament is traditionally an advocate of tougher and more binding requirements for governments in meeting their climate goals by 2030 — coupled with more generous handouts for low-income households.

In his draft report seen by Europe Express, the lead MEP on the file, Denmark’s centre-left lawmaker Niels Fuglsang is calling for higher energy efficiency targets by 2030, which he argued will contribute to a reduction of the bloc’s dependence on fossil fuel imports. “When energy efficiency is increased by one per cent, gas imports decline by 2.6 per cent,” the draft report reads.

Fuglsang is asking countries to increase their energy efficiency target to at least 43 per cent by 2030, compared to the proposal by the EU commission tabled in June, which floated a goal of 36 per cent.

“We cannot afford to miss the 2030 target,” the report reads. “Therefore, the target must be binding for member states.”

But not all MEPs are embracing Fuglsang’s tough stance. Centre-right MEP Pernille Weiss (also Danish), told Europe Express that given the large initial investments needed to insulate buildings and the current shortage of construction workers, it was important to aim for “realistic targets”. Her group, the European People’s party, is in favour of sticking to the commission’s target of 36 per cent.

“EU governments have very different infrastructures, buildings and industries. It is very important that we respect these differences in order to make sure that we can reach the climate goals and prevent energy poverty,” Weiss said.

…and later this week

The rational step for Poland would be to wind down this rule of law conflict urgently . . . But they are still not doing enough