Short sellers tuck into Beyond Meat 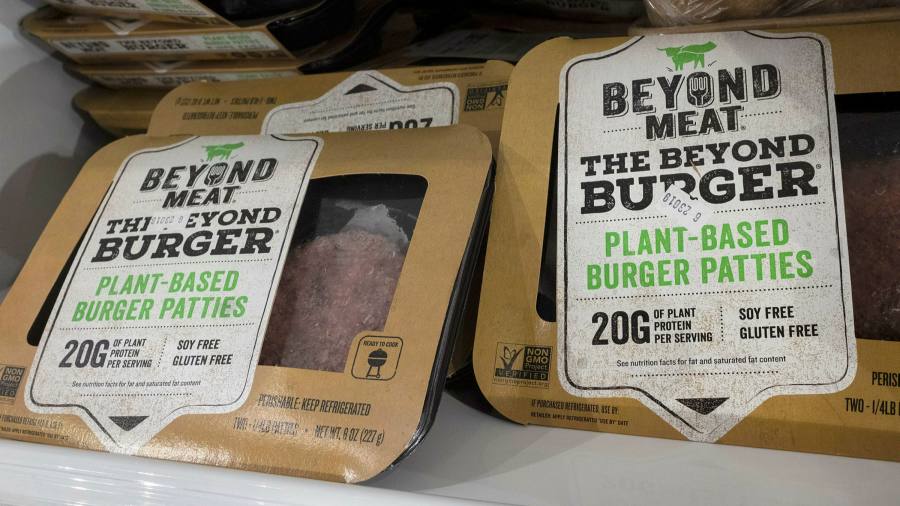 Beyond Meat has become one of the most shorted companies on the US stock market as investors fret over weaker sales and scepticism grows over the plant-based meat boom.

Short-positions on Beyond Meat shares have increased 40 per cent since late October, when the California-based company issued a revenue warning. A few weeks later, the group reported lower than expected third-quarter sales and slashed revenue guidance for the following quarter.

Since then, short sellers — who make money on share price falls — have piled into the stock. Bearish bets accounted for 42 per cent of Beyond Meat’s freely traded shares as of January 10 — the highest ratio in the Russell 1000 index of the biggest US-listed companies, according to specialist data provider S3 Partners.

US short seller Jim Chanos, who holds a bearish position on Beyond Meat, said the plant-based meat producer had ceased to be a growth company.

While the general perception around growth in the plant-based meat market was still strong, “the problem in Beyond Meat’s case is that it’s stopped being the case. It’s a juxtaposition of the reality versus the hope,” said the founder of New York-based hedge fund Kynikos Associates, best known for calling Enron’s collapse, adding: “That’s been the short opportunity.”

Beyond Meat stock is trading just over $65 per share, less than half of what it was at the midpoint last year. Investors have been alarmed by the company’s forecast for fourth -quarter sales of $85m-$110m, a year on year range of a 17 per cent fall to an 8 per cent rise.

The weight of bets against Beyond Meat stock has meant that the shares have failed to react to various “good news” announcements from the company, including US and European executive hirings from the food industry and KFC’s launch of Beyond Meat’s plant-based “chicken” nuggets in the US.

“Investors are more concerned about the margin headwinds we’ve seen since the last quarter. [Beyond Meat is] facing severe margin pressure and it’s expected to continue for the next few quarters,” said Arun Sundaram, analyst at CFRA.

While its share price is below the consensus target of $72.43 according to Refinitiv, the shares still are overvalued, said Chanos.

The ballooning bets against Beyond Meat come amid rising uncertainty about the growth in plant-based meat. Data from the US and UK show that sales, which soared in 2020, flattened out in 2021, albeit against tougher comparable numbers. Although US retailers’ sales of plant-based meat grew 1.6 per cent in December, numbers fell between March and November, taking total revenues for the year down 0.5 per cent, according to US retail data group SPINS.

Consumers eating out more and the unavailability of some products because of supply chain problems affected demand, according to SPINS.

Nevertheless, enthusiastic investment into alternative proteins and plant-based foods continues, and new products are being introduced in fast-food chains and supermarkets.

Beyond Meat shares received a brief boost last month on reports of a US nationwide launch of its McPlant burger by McDonald’s, which has already launched in the UK and parts of Europe.

Some analysts are expecting “Veganuary”, a movement that started in the UK to eat a vegan diet after the excesses of the December festive season, to give plant-based meat sales an uplift. Michelle Coggin, consumer insight director at Kantar, anticipated buoyant UK sales. “We’re expecting January to be a big meat-free month,” she said.

Beyond Meat did not respond to a request for comment.