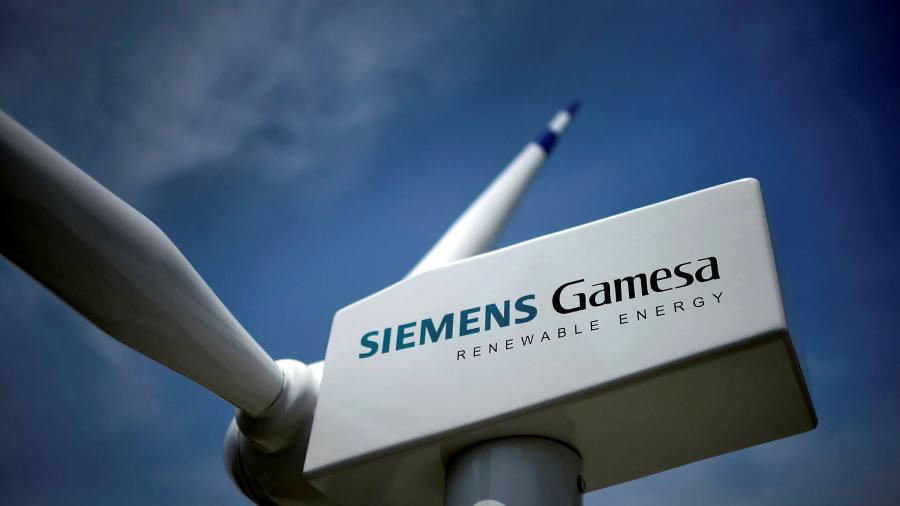 So much for the winds of change. Siemens Gamesa Renewable Energy, which makes wind turbines, kicked off the year with yet another profit warning.

This year’s sales are now expected to fall as much as 9 per cent year-on-year, compared with previous guidance of up to 7 per cent. Adjusted ebit margins previously expected to rise between 1 and 4 per cent, are now forecast to shrink as much as 4 per cent.

There are only so many profit warnings a company can get away with, and investors were quick to dump shares, driving them down 11.4 per cent in morning trade. SGRE’s peers, facing similar challenges with bottlenecks and inflated costs for inputs like steel, were also marked down. Shares in Vestas fell by 6.6 per cent and those of Oersted 3 per cent. This trajectory is nothing new either. The Danish duo have lost 40 per cent in the past year while Gamesa’s share price has more than halved.

The sector is having a stormy ride, buffeted by everything from supply chain disruptions to slowing wind speeds. Problems appear to be more sustainable than profits; SGRE flagged supply disruptions in the previous quarter too. Delayed orders mean idled capacity. But the Spanish-listed group, 67 per cent owned by Siemens Energy, is not just a casualty of externalities. The rocky ramp up of its 5. X onshore platform, which is facing design challenges, is behind schedule. Customers are delaying projects and higher costs resulted in an onerous contract hit of €289m in the first quarter.

Shareholder optimism, which fuelled rapid rises in 2020, has long since been tempered. Valuations however have deflated more slowly. SGRE’s first quarter ebit margin of -17 per cent, excluding integration, restructuring and other costs, is a long way from the 8-10 per cent long term target. The underlying case for wind turbine makers and the power they provide remains robust but the timeframe is elastic.