The rising costs of climate change for banks 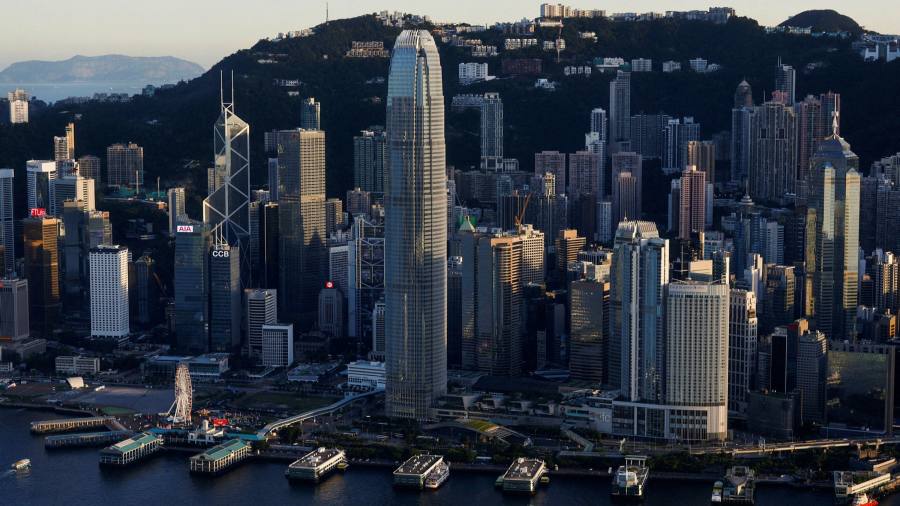 Hello from New York, where the newsroom here has been busy with another earnings season. Despite the rough ride for renewable energy companies of late, earnings reports highlight big money being made in environmental, social and governance (ESG) investing. MSCI, the index provider, announced surging growth in ESG and climate sales stemming from investors’ demands for these disclosures.

“MSCI’s ESG and climate segment continues to be a rocket ship with 53 per cent constant currency revenue growth, up from 47 per cent last quarter,” Morningstar said on Thursday. “ESG and climate continue to show no signs of slowing down.”

For today, I have a report about the Hong Kong Monetary Authority’s recent climate risk stress test and what it means for banks facing similar scrutiny from the European Central Bank later this year.

Kristen delves into why BlackRock launched a late-stage, climate-focused venture fund, and why traditional green funders are facing tough competition.

If you have thoughts on these topics, don’t forget you can reach us at [email protected] (Patrick Temple-West)

One of the biggest banking stories to play out this year will be about the climate risk stress tests global lenders face in Europe. Both the European Central Bank and the Bank of England are running their first climate stress tests this year. The results will probably determine whether banks need to hold more cash to weather climate-related problems in the years to come.

Some global banks, including Credit Suisse, Citibank and HSBC, have already endured a climate risk stress test. On December 30, the Hong Kong Monetary Authority published its first climate stress test based on physical and transitional risks that banks face from climate change.

Though banks are not scored individually, the results are troubling for the sector as a whole. The stronger floods and typhoons that are expected to hit the banks’ mortgage lending would increase credit losses by 25 times — from HK$700m to HK$17.3bn — adding “a substantial increase in the risks” banks faced, the report said.

With energy transition risks included, the problems only get worse. The costs of lending to high carbon-emitting businesses could triple, leading to “a notable deterioration in the banks’ capital positions”, HKMA said.

Bank analysts have attempted to identify how the results will hit individual banks. HSBC, for example, would need to raise borrowing costs for mortgage lenders, and some homes “will become effectively un-mortgageable”, Bank of America said in a report this week. The report also highlighted the inflationary pressures from climate change. To compensate for the higher lending risks, banks will simply charge more. “We expect that banks respond to the [climate] impact by raising pricing on relevant loans and exiting those most exposed,” BofA added.

Inflation, obviously, is top of mind for the Federal Reserve these days. Moral Money will be watching on February 3 the testimony of Sarah Bloom Raskin, the Biden administration’s pick to lead bank supervision at the Fed. Her remarks on climate risks could indicate how far the US is willing to go in joining world banking regulators in assessing climate risks in the financial sector.

“The confirmation of Sarah Bloom Raskin to the Fed would likely add momentum to the moves towards climate stress testing,” David McNeil, head of climate risk at Fitch Ratings, told Moral Money. But Senate opposition to Raskin “is likely to focus on this topic” too, he said.
Patrick Temple-West

Venture capital has boomed on the back of cheap money, in almost all business sectors in recent years. But green ventures are becoming ultra-hot right now (or, perhaps more appropriately, extra cool).

This week, BlackRock and Temasek announced the formation of a sustainable investment team dubbed Decarbonization Partners that aims to target late-stage venture deals focused on the clean energy transition. It will have an initial $600m combined capital from Temasek and BlackRock, but will be open to other investors too.

The move by these two giants comes amid institutional investors’ rising excitement about this space. In 2021, banks poured $120bn into funds focused on sustainability, environment, and governance. However, BlackRock’s Larry Fink recently predicted that this number would rapidly swell, arguing that “the next 1,000 billion-dollar start-ups will be in climate tech”.

Others agree. “The market has radically changed in the past 18 months,” Mike Miller, partner at Liquid2, a clean tech-focused venture capital firm, told Moral Money. He added: “In previous years, we had to hide clean investments from limited partners or spin it in a ‘good’ way” — since it was hard to get other investors to join in.

In recent years, investors strayed away from green deals for fear of a market crash like that of the 2000s, when many climate-focused deals went bust (think Solyndra’s downfall after misleading the department of energy for a loan).

The move comes as the wider market for venture capital has almost doubled in the past year. Global venture investment in 2021 totalled $643bn, a 92 per cent growth year-over-year, according to Crunchbase. Late-stage funding garnered the majority of those dollars in 2021.

This explosion of interest in ESG VC has one drawback for smaller sustainability investors: as mainstream money moves in, some climate-focused venture capitalists risk getting pushed aside by giants such as BlackRock. “It’s so competitive from cap and size approach, we are getting squeezed out of climate deals,” Miller said. “[But] 2022 will be exciting, especially as larger players enter, which means that founders are getting their choice.”

Still, a new report from UN Principles for Responsible Investment viewed the glass half-full. As venture capital firms increasingly use ESG factors to rule potential investments in or out of contention, it could spur the growth of ESG values early on in companies’ development. Kristen Talman

Chart of the Week

Climate litigation risk has heightened in recent years across sectors, but it’s expected to peak in the next two years, according to research from the Carbon Disclosure Project.

Momentum from recent suits such as the Dutch court ordering Shell to lower emissions and a surge in climate-focused court cases, is likely to drive the litigation risk to its highest heights, Amir Sokolowski, CDP’s associate director on climate change, told Moral Money.

However, after the next two years, companies will be able to more accurately incorporate the risk into their compliance structure, largely shielding themselves from litigation risk, Sokolowski said. Kristen Talman