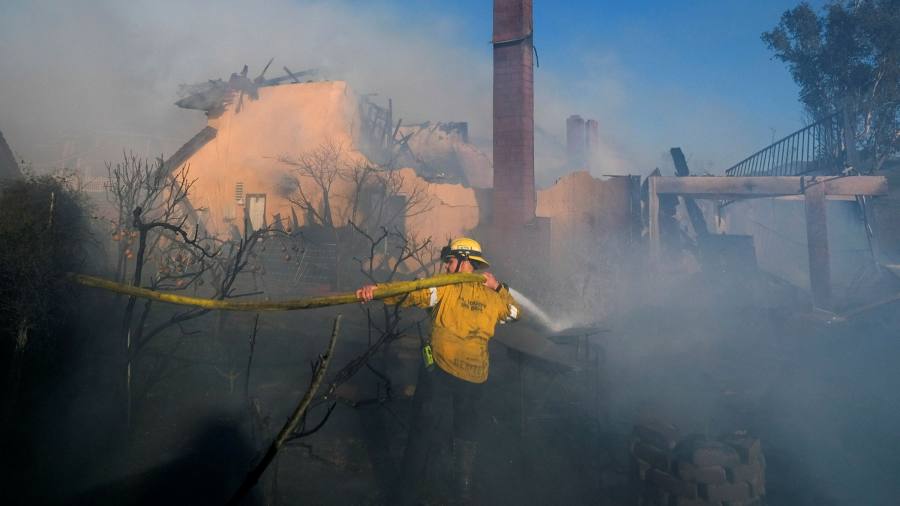 One of the US’s biggest public pension schemes has rejected efforts by legislators to make it dump its holdings in fossil fuel companies, warning that such demands would hit the value of its members’ savings.

The $319bn California State Teachers’ Retirement System (Calstrs) has pushed back against a new bill from the California Senate which would block it from owning stakes in oil and gas producers.

“Our policy is unequivocal that we oppose bills that force divestment,” said Harry Keiley, chair of the Calstrs board, in a statement this week.

The bill, unveiled in February, would prevent Calstrs and the $478bn California Public Employees’ Retirement System (Calpers) — the US’s largest public retirement plan — from making new investments in fossil fuel businesses. It would also force the boards of both schemes to liquidate any existing stakes in such companies by July 2027.

But Calstrs’ board voted to oppose the bill at its March meeting. “We all want to get to the same place, to take powerful action to address climate change,” said Keiley. “We can do that and ensure a secure retirement for California’s hard-working teachers through our plan to leverage our relationships, coalitions and investments.”

Calstrs, which has 1mn members, measured its exposure to holdings that would be banned under the proposed bill by counting those companies that generate more than 1 per cent of sales from fossil fuel reserves used in energy applications.

Using such a definition, Calstrs said it invested in 174 potentially prohibited companies with a combined market value of about $4.1bn. It warned that forced divestment could have negative consequences for the fund.

“Fossil fuel divestment, combined with existing Calstrs divestments, would create roughly a 1 per cent tracking error, or deviation from the benchmark,” said Calstrs.

“Potential costs resulting from a tracking error would put at risk the Calstrs funding plan to reach full funding for California’s public educators.”

The fund added that any resulting costs from being forced to divest would increase the scheme’s liabilities and might also result in an increase in contributions for the state.

Calpers has not publicly disclosed its position on the new Senate bill.

Beyond the US, Norway’s centre-right government approved plans in 2019 for the country’s $1tn sovereign wealth fund — the world’s largest — to dispose of about $7.5bn in holdings of oil and gas companies.

But lawmakers around the world have formed different views on the relative merits of divestment as opposed to engagement, meaning some large investors have maintained stakes in fossil fuel companies in an attempt to keep tabs on their environmental agendas.