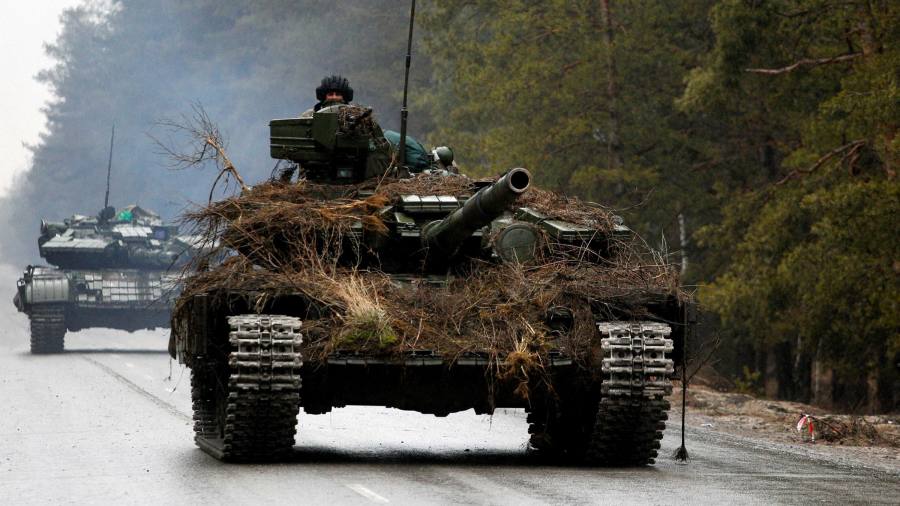 What a difference a war makes. Barely a year after Sweden’s SEB bank adopted a new sustainability policy that excluded defence stocks from its funds, the group has made a U-turn. From April 1, six funds will be allowed to invest in the defence sector.

SEB says it began to review its position in January as a result of “the serious security situation and growing geopolitical tensions in recent months” which culminated with Russia’s invasion of Ukraine.

The bank, one of the biggest in the Nordic region, was not unique in shunning defence companies. For years now, investors and financial institutions have been backing away from the defence sector for fear of being tainted by controversy over the arms trade.

The exodus has accelerated as pressure intensified on banks and fund managers to abide by guidelines on environmental, social and governance issues. The trend is particularly noticeable in Europe. Thales, the French defence company, has seen the share of equity held by European investors (outside France) halve since 2016. In January, the chief executive of Rheinmetall revealed the company’s longtime German bankers BayernLB and LBBW had decided to stop doing business with the armoured vehicle maker.

But views may be changing in light of the war now raging on the EU’s border. EU proposals last year to label the defence industry as socially harmful appear to have been ditched in a final report published last week on what constitutes socially sustainable finance.

Defence companies had warned that the ESG-driven label could restrict their access to capital, in particular for the small and medium sized companies that make up the supply chain. They pointed to banks in Germany, Belgium, the Netherlands, Sweden and Finland that were already cutting ties with companies generating as little as 5-10 per cent of revenues from defence activities.

But the Brussels working group on the issue seems to have recognised the contradiction inherent in deeming defence unsustainable, while the EU at the same time calls for greater strategic autonomy in its own military capabilities. Instead it rightly suggests the harmful label should be reserved for those that contravene international conventions on the production, use and deployment of weapons.

The report was prepared for the European Commission, but the European Parliament’s committee on foreign affairs has also stressed the need to ensure any new guidelines do not pose obstacles to the funding of the bloc’s “crucial” defence industry.

Importantly, popular opinion about the toxicity of the defence sector may also be evolving. Germany’s decision to support arms exports to Ukraine, and the subsequent €100bn investment to modernise its military, marked a historic shift. Recent opinion polls in Finland and Sweden have also shown for the first time a majority in support of Nato membership.

It is tragic that it took a war to drive home the importance of Europe’s defence industry. Surely an important component of the bloc’s ability to provide safety and security to its citizens should qualify for some recognition in the social element of ESG. And without a strong and resilient defence industry, how can Europe achieve its aims of strategic autonomy?

Of course not all defence companies are equal. Those which do not abide by international treaties on the development and sale of weapons, or which fail to develop appropriate anti-corruption programmes, should rightly be excluded. Not all European defence companies will automatically pass that test. There are also legitimate concerns over where authorised exports eventually end up. There may be a case for strengthening conditions tied to the sale of weapons, by for example stepping up end-use monitoring of equipment.

In light of such concerns it may not be a comfortable decision for those facing ESG pressures to reverse blanket bans on doing business with the defence sector. Certainly it will require more time and effort to judge the merits of each case. But, as analysts at Bank of America noted in a report last week, the Ukraine crisis “reminds us that, like most things in investing, ESG is complicated and nuanced”.

Perhaps the recent rally in defence stocks in the wake of Germany’s dramatic decision will tempt a few investors and banks into a rethink, for fear of losing out. But that misses the point. The Ukraine crisis has shown in the starkest possible terms the risks of taking a blanket approach to an industry as crucial as defence.