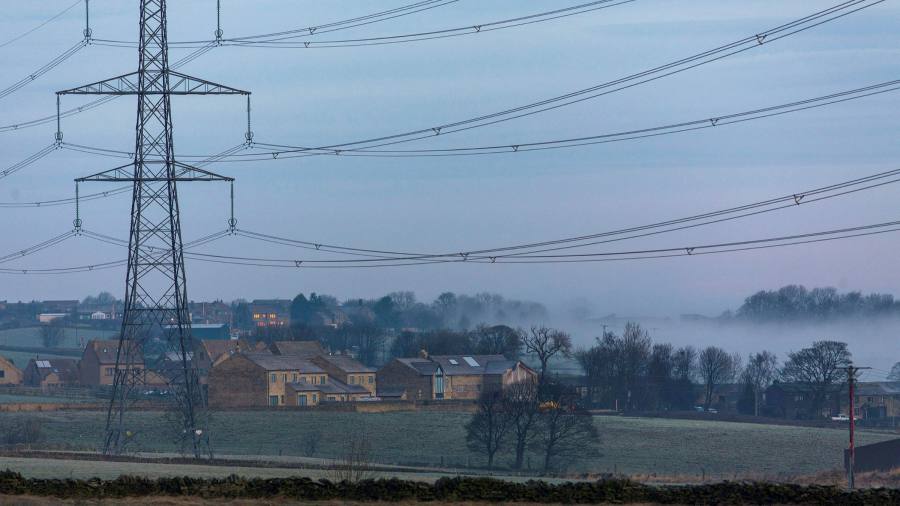 In the aftermath of the 1973 oil price shock, governments around the world scrutinised energy in a new light. Many put resources into the development of wind turbine technology and other emerging energy sources.

The UK created its first Department of Energy. It instituted a new focus on efficiency, urging consumers to “switch off”, and started an Industrial Energy Thrift Scheme to gather data on energy use and provide advice on making savings.

This should be another such moment — a “wake-up call to move away from rogue regimes and towards new technology”, says former Gazprom trader Adi Imsirovic, now at the Oxford Institute for Energy Studies.

Russia’s invasion of Ukraine is prompting a rapid rethink of energy policies around Europe. Soaring wholesale gas prices, now 10 times their level a year ago, could send UK households’ energy bills towards £3,000 a year when the new price cap is set for October.

In a week that a UN report warned of a “brief but rapidly closing” window to adapt to climate change, those considerations push in the same direction as net-zero policies: towards more renewable energy, greater efforts to decarbonise households and industry, and enhanced energy efficiency. The latter shouldn’t be an afterthought in policy — but generally is.

Business and energy secretary Kwasi Kwarteng last week focused on supply when talking UK energy security. He argued that the UK needed more cheap renewables, to invest in new nuclear energy and to back North Sea production. The latter, he rightly noted, does little to affect the international market prices to which the UK is exposed.

Nor does shale gas, which even if it could overcome significant geological uncertainty and public scepticism (unlikely) would require many years and thousands of wells to make a meaningful contribution. Efficiency, which can reduce fossil-fuel use and save household budgets fastest, was just Kwarteng’s postscript: he noted the government was spending £6.6bn on upgrades this parliament.

Those programmes are targeted predominantly on social housing and public buildings. They are entirely inadequate: Element Energy reckons that closer to £5bn a year is needed over the next decade to get the UK’s ageing, leaky housing stock ready for low-carbon heating technology such as heat pumps.

Deadlines to stop installing gas boilers in new homes, and to stop replacing existing ones, are arguably too distant. But insulating UK houses is a prerequisite for whatever comes next, and makes good sense in the meantime.

Yet there is no mass-market effort to retrofit the UK’s homes, where 63 per cent of houses can be brought up to standard for less than £1,000 on Element’s figures. And domestic heating accounted for nearly 40 per cent of UK gas demand in 2020.

This area is marked out by repeated, miserable policy failure. Since a shift in regulatory requirements under the coalition government, annual efficiency installations have fallen 90 per cent, according to the Resolution Foundation.

The Cameron government’s Green Deal, a complex and uncompetitive financing arrangement, aimed to insulate 14m homes by 2020 but issued only 14,000 loans. The decision in 2013 to cut “the green crap”, as David Cameron was reported to have said and which included tighter standards for home energy efficiency, was costing households £2.5bn annually and rising, CarbonBrief reckoned earlier this year.

The latest embarrassment to effective policy was the 2020 Green Homes Grant, an administrative nightmare that managed 47,500 upgrades compared with a 600,000 target.

One problem has been an aversion to allocating public money towards schemes — something that will be needed to help the poorest owner-occupiers who are most squeezed by rising energy prices and tend to live in less efficient properties. But repeated policy changes and dwindling activity have also just gutted the skills and supply chain for this type of work. And, says Rebecca Teasdale at Baringa, even those who can afford it need to be helped by “making the process simple — ideally via a one-stop shop”.

The bombardment of Ukraine and the isolation of Russia means that energy prices are likely to remain high. Concerns about security, climate change and the cost of living crisis are pointing in the same direction. Addressing persistent failure on efficiency should be an urgent part of the answer.