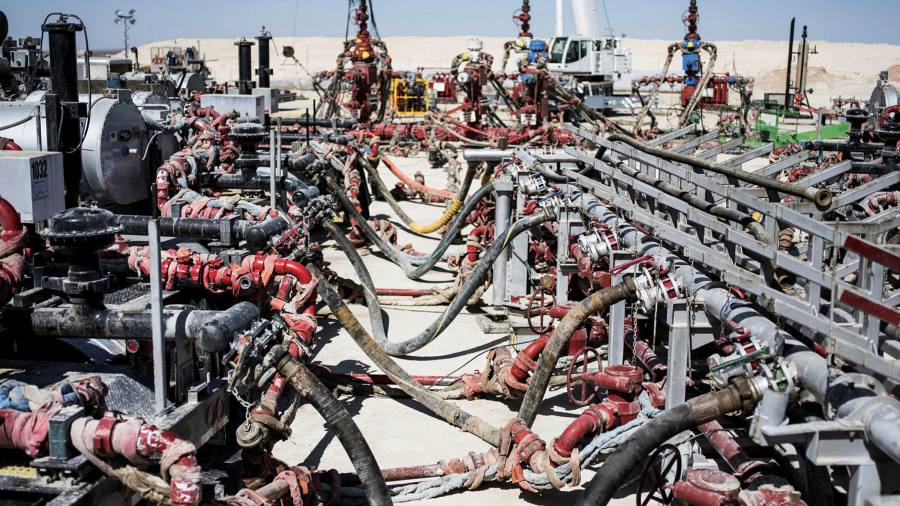 Like organic grain or cruelty-free cosmetics, US natural gas producers have embraced a new label to market their fuel to concerned consumers: “responsibly sourced”.

ExxonMobil, EQT and Chesapeake Energy are among the companies supplying gas certified as such by third parties, which say that they monitor for methane leaks and other forms of ecological damage such as spills and water contamination.

Backers hope the outside vetting will ease investor pressure over carbon dioxide and methane emissions from producers and pipelines — and keep sales flowing to increasingly green-minded utilities and international liquefied natural gas buyers.

Critics see “responsibly sourced” gas as the latest example of corporate greenwashing and a poor alternative to strong government regulation of methane, a potent greenhouse gas that is the primary constituent of natural gas.

Demand for certification is booming. A recent report from Enverus, a consultancy, said that the amount of gas supply certified as “responsibly sourced” was expected to more than double from around 8.7bn cubic feet a day in 2021 to around 20bn cu ft/d in 2022 — roughly a fifth of total US output.

The “responsibly sourced” claim is part of a broader gas industry effort to clean up operations in the face of questions over whether it can survive in a future with lower emissions from fossil fuels.

“If you want to make the world a better place, the answer is not to end fossil fuels next year. That’s just not practical,” said Rich Weber, chief executive of PennEnergy Resources, a large privately held producer in the prolific Marcellus shale region in the US north-east. “The better way is to make sure that natural gas is produced responsibly.”

Weber, who has embraced the “responsibly sourced” label, likened the certification schemes to bond ratings from Standard & Poor’s and Moody’s. He said that buyers and investors were starting to “demand” third-party certifications.

Look, what’s happening is Wall Street investors are walking away from dirty oil and gas companies, so you’ve got to get on the right side of history

Last week the French utility and international gas trader Engie said it had signed a deal to market gas certified as “responsibly sourced” from Range Resources, a major producer in the Marcellus. It was the first such deal that Engie had publicly announced since its widely reported exit from a potential multibillion-dollar contract to export liquefied gas from Texas, in part over emissions concerns.

Ken Robinson, president of Engie Energy Marketing, said in a statement that he expected “continued expansion of these new markets as part of the response to the energy transition.”

The gas sold to Engie was certified by Project Canary, one of a handful of companies offering such programmes. Chris Romer, Project Canary chief executive, said that interest was being driven by producers “choosing to compete based on climate change, not deny climate change.”

“Look, what’s happening is Wall Street investors are walking away from dirty oil and gas companies, so you’ve got to get on the right side of history,” said Romer, who refers to himself as “one of the last Democrats for fracking.”

Along with Project Canary, a for-profit company with private equity backing, the emerging responsibly sourced gas certification industry also includes the non-profit groups MiQ, based in Colorado, and Equitable Origin in New York. Each has its own scoring system and uses different methods to track emissions.

Critics say the differing methods and a lack of transparency around data, which is generally owned by the companies seeking certification, undermines the certificates’ credibility.

Video: Gas flaring: can we rein in the waste and pollution?

“The methane emissions data is, as I see it right now, on really shaky foundations,” said Andrew Baxter, a director at the Environmental Defense Fund. “These voluntary certification schemes can’t be viewed as a substitute for stringent regulatory standards.”

Baxter also said the voluntary nature of the programmes created the risk that producers would only put forward their best assets for certification.

“Operators can cherry-pick facilities that they know are already low-emitting for certification, whilst they leave the troublemakers uncertified and hidden from view,” he said.

The Biden administration proposed new rules last November that would tighten methane regulations in a bid to combat soaring emissions. Methane has as much as 80 times the warming potential as carbon dioxide over a 20-year period.

Natural gas emits about half the carbon dioxide as coal when it is burnt and the US’ shale gas boom has been credited for bringing down the country’s energy-related emissions as it has eaten into coal’s market share. But many environmentalists argue that persistent gas flaring and methane releases undermine claims from the industry that it can be a green fuel.

Buyers such as utilities and power plants, are paying a small premium of several cents per million cubic feet for certified responsibly sourced gas, around 1 to 2 per cent over current natural gas prices, said PennEnergy’s Weber.

But analysts say that for gas producers convincing investors that they’re cleaning up their operations is the bigger prize.

“Given where commodity prices are, we see capital cycling back into the industry and investors will be looking at the environmental footprint to differentiate companies,” said Nick Volkmer, an analyst at Enverus. “This is a way to attract capital.”