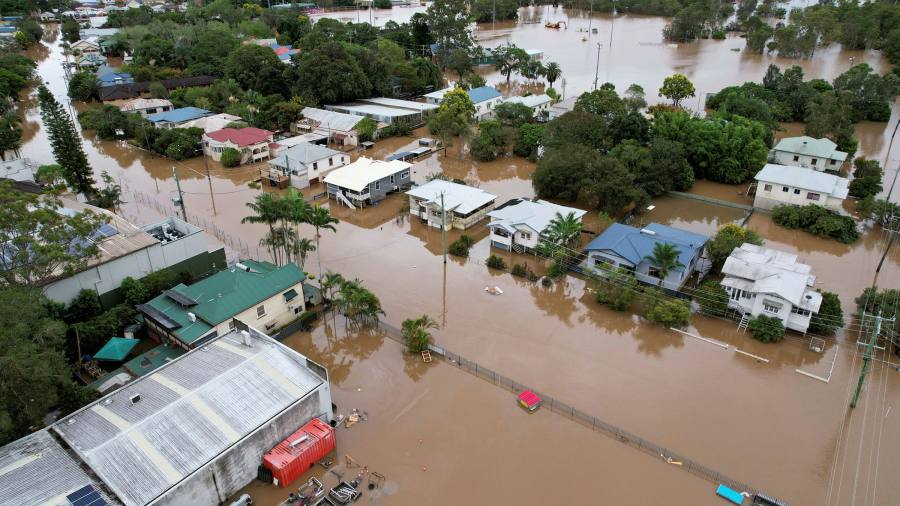 Climate change and water are inextricably linked sustainability megatrends. While there is clear global collaborative action on solving the former, we also need to solve the issue of water scarcity if we want some key climate solutions to be fully deployed.

Recent droughts in South America and floods in Australia are evidence of climate change already altering the hydrological cycle. Over the last 40 years, the number of hydrological-related natural catastrophes has more than tripled from 97 per annum during the 1980s to an annual average of 309 between 2010 and 2019.

With global temperatures expected to rise further in the coming decades, the World Bank estimates that water scarcity could impact GDP by up to 14 per cent in 2050 in the most affected regions, such as the Middle East.

Agriculture uses 70 per cent of global water withdrawals, but access to water is also critical for some key decarbonisation solutions.

First of all copper — a critical commodity for enabling the transition to a low-carbon economy and also one that is already facing water scarcity issues. Higher levels of electrification, solar and wind power investments and more electric vehicles will lead to significantly higher copper demand.

In total, Morgan Stanley’s commodity team estimates that an incremental 5.5mn tonnes of copper a year will be needed for the energy transition — some 25 per cent above current annual mined output.

Accessing this amount of copper will put pressure on water supplies. Mining copper is a water-intensive process and is becoming increasingly so as ore grades decline. In addition, 50 per cent of global copper supply comes from three regions of water scarcity: Chile, Peru and the African copper belt.

Hydrogen is another key piece of the decarbonisation puzzle. Rolling out hydrogen capacity also requires access to water, for cooling purposes (blue hydrogen) and electrolysis (green hydrogen). The combination of material growth in hydrogen capacity and the increasing role of blue and green hydrogen means that water demand for hydrogen could reach 12bn cubic metres (m3) by 2050 on Morgan Stanley forecasts.

While this may not seem much in the context of global annual water demand of 4tn m3, our analysis suggests that 60 per cent of future hydrogen projects may be located in regions that already suffer from water stress.

So, what’s the solution? No sustainability challenge is easy to solve, but water is particularly complex. Compared to the cost of provision, water is significantly underpriced, with an absence of free markets to set prices according to supply and demand dynamics. Clearly, water is essential to life, so issues of pricing are not straightforward. But this can make it difficult for providers of capital to make attractive returns on investment.

In addition, water is a regionally specific and opaquely managed commodity. Thus, without global co-ordination, it is left to individual and regional legislators to manage the risks.

Chile is taking one of the most proactive approaches. Later this year, a referendum on a new constitutional reform is expected to include proposals to prioritise the use of water for human consumption. This could require mines, agribusiness and utilities to seek temporary permits to use water in their operations.

Any intervention to provide greater industry access to water could require investment in expensive technology, such as desalination. Copper miners in Chile have already invested billions of capital into new desalination projects, driving up the cost of production.

Elsewhere, though, adoption has been somewhat limited by the expense. But with 97 per cent of global water sources concentrated in the oceans and seas, it may need to be an important solution for water scarcity and also the energy transition.

The gap between global demand and supplies of fresh water is expected to reach 40 per cent by 2030. The climate crisis, population growth and the transition to clean energy may increase that deficit further. Addressing water scarcity will require significant investments in infrastructure and technology, policy changes that price water closer to its true value and full-sail changes in water use by businesses across industries globally.