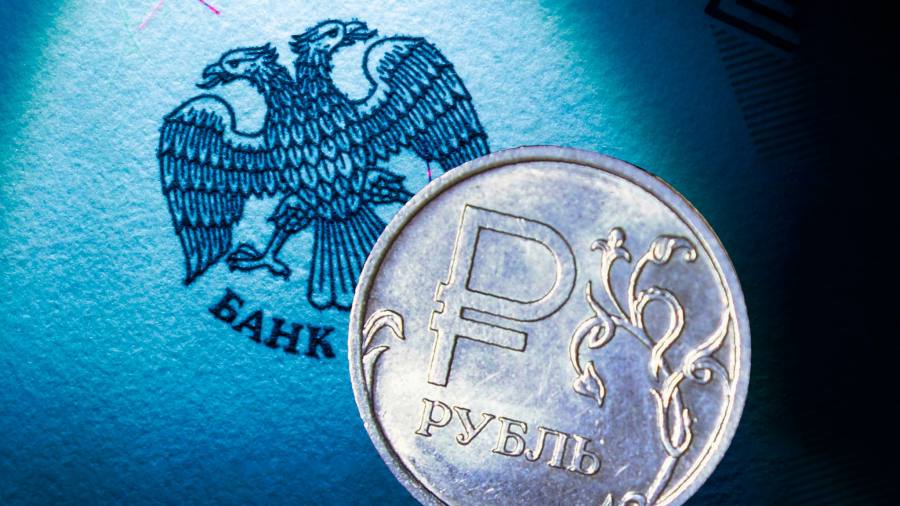 The US and its western allies unveiled the most punitive penalties to date against Russia, the latest in a barrage of sanctions rolled out in response to the country’s full-scale invasion of Ukraine.

The measures announced on Saturday take direct aim at Russia’s central bank and seek to hobble the country’s connectivity to the global financial system. They are intended to destabilise the Russian economy, building on sanctions imposed in recent days that target oligarchs as well as its banks, high-tech companies and aircraft makers.

“It’s becoming increasingly clear that Russia is going the way of Cuba and Iran in terms of the significance of the sanctions being imposed,” said Daniel Tannebaum, a former US Treasury sanctions official who is now a partner at Oliver Wyman, a consultancy.

A senior US administration official added that the new measures amount to Russia “getting kicked off the international financial system” and becoming a “global economic and financial pariah”.

Here is how the new restrictions may work in practice.

What has been announced?

The US, UK, Canada, France, Germany, Italy and the European Commission on Saturday said they would block Russia’s central bank from using its roughly $630bn stockpile of foreign reserves, harming its ability to shore up its economy and shield it from the costs associated with its attacks on Ukraine.

The sanctions were announced alongside plans to eject some Russian lenders from the Swift financial messaging system, which is used to communicate the details of trillions of dollars’ worth of daily payments between banks.

Their primary aim is to hamper Russia’s ability to circumvent the extensive sanctions that have been imposed on the country.

“It’s a direct attempt to strike at Russia’s ability to weather out sanctions, because the way they would weather out sanctions is by relying on their reserves,” said Daniel Glaser, who served as assistant secretary for terrorist financing and financial crimes at the US Treasury department from 2011-17 and is now at K2 Integrity, a risk advisory firm.

“The less control they have over their reserves or the less they could do with their reserves, the more vulnerable to the second round of pressure they become,” he added.

The US and its allies have not yet specified how the new regime against the Russian central bank would work. Glaser said the most “straightforward” US method would be to add it to the Treasury’s “specially designated nationals” list — where assets of individuals and companies are blocked and US individuals and commercial banks are prohibited from dealing with them.

How damaging could these restrictions be for Russia?

The country’s foreign exchange reserves are a pillar of its economic strength, and the western allies are attempting to undermine its ability to tap the stockpile. While Russia has aggressively pared down its dollar reserves, a notable chunk of its foreign exchange stockpile is held overseas in the US, Germany, France, UK, Austria and Japan.

If Russia were unable to sell large swaths of its foreign assets in exchange for local currency, it would be hamstrung in its ability to defend the rouble. Elina Ribakova, deputy chief economist for the Institute of International Finance, said imposing sanctions on the central bank could eventually lead to bank runs. Russians have already been flocking to banks to withdraw cash amid fears that the country’s financial system will seize up.

“I have great confidence the effects of these measures will be felt immediately in Russian financial markets,” a senior US official said. “Market participants understand that without Russia having the ability to defend its currency, it will go into freefall.”

The country’s record-high $19bn current account surplus, amassed on the back of its significant energy exports, will offer some protection. Russia continues to earn large amounts of foreign exchange via oil and gas sales, which should support the economy and help pay for imports. And the Russian central bank said it was propping up domestic lenders by offering them rouble liquidity.

How is Russia’s central bank likely to react?

Lacking access to the reserves to guard against the rouble’s collapse, the central bank would be left with only two clear options: raising interest rates, and capital controls.

The central bank may seek help from China, where more than 14 per cent of its foreign exchange reserves are held — the biggest single foreign share. It is not clear, however, whether China will want to provide it. While rushing to Russia’s aid would undermine US dominance of global finance, Chinese banks could fear secondary sanctions that would cut off access to dollars and euros.

The central bank could also try to sell a chunk of its 2,299 tonnes of gold, the fifth largest stockpile in the world, to friendlier governments. This gold is held in locations in the Russian Federation, according to the central bank.

But Sergei Guriev, an economist at Sciences Po university in Paris, said selling those reserves would also be difficult.

“Whoever says it will be easy to sell gold or yuans must be kidding — Chinese state banks are already blocking financing of Russian oil sales. China is afraid and rightly so of secondary sanctions. This is really a game changer,” he said.

How exposed are foreign investors?

The direct exposure of western financial institutions to Russia is modest, partly due to sanctions imposed after its 2014 annexation of Crimea, as well as the rise of more investor-friendly economies in Asia.

Foreign investors held $20bn of Russia’s dollar debt and rouble-denominated bonds worth $37bn at the end of 2021, according to data from the Russian central bank.

The measures could leave Russian securities listed on overseas markets out in the cold, as banks become reluctant to permit intermediate trading and investors grow wary of adding any exposure.

The local impact will be severe, according to Peter Williams, an analyst at Evercore ISI. “Russia banks and financial markets will likely face substantial stresses when they open, given the memories of the 1990s,” he said.

In terms of banks’ exposure to Russia, the Bank for International Settlements estimates that foreign banks’ claims on the country’s banks stands at only $29.3bn, and overall claims on Russian entities amount to about $89bn, JPMorgan noted.

That said, Europe in particular is heavily exposed to Russia’s enormous energy sector. “Russia accounts for well over 10 per cent of global oil and natural gas production and plays a significant role in European natural gas markets,” the bank said in a report this weekend.

What about cutting Russian banks from Swift?

The proposal to sever a number of Russian banks from the Swift network aims to ensure those lenders are “disconnected from the international financial system”, according to the allies.

This would come on top of existing, more targeted individual sanctions on Russian banks. The move follows pleas from Ukrainian president Volodymyr Zelensky for banks to be cut out of the network, making it more difficult for Russians to make cross-border transactions.

Again, the details have not been set out, but officials say they do not want to undermine western economies’ ability to purchase Russian fossil fuels, meaning there will be significant carve-outs from the Swift ban. One way of achieving this would be to permit energy-focused Russian banks to remain on the network.

Has the US done something like this in the past?

Yes. The US has frozen the central bank assets of hostile regimes including Venezuela, Iran and, more recently, Afghanistan. Iranian banks were also forced off the Swift network by President Donald Trump in 2018.

The Iranian sanctions could provide a blueprint for the Russian central bank ban. The sanctions, imposed by the Trump administration in 2019 after the relaxation of earlier measures imposed by President Barack Obama in 2012, froze central bank assets held in custodial accounts in the US.

In addition, the Iran sanctions stopped financial institutions from engaging in transactions on behalf of, or offering other services to, the central bank.

“I believe we are on a conveyor belt towards Iran-style sanctions, which included this action against their central bank,” said Edward Fishman of the Center for a New American Security think-tank, before the latest moves were announced.