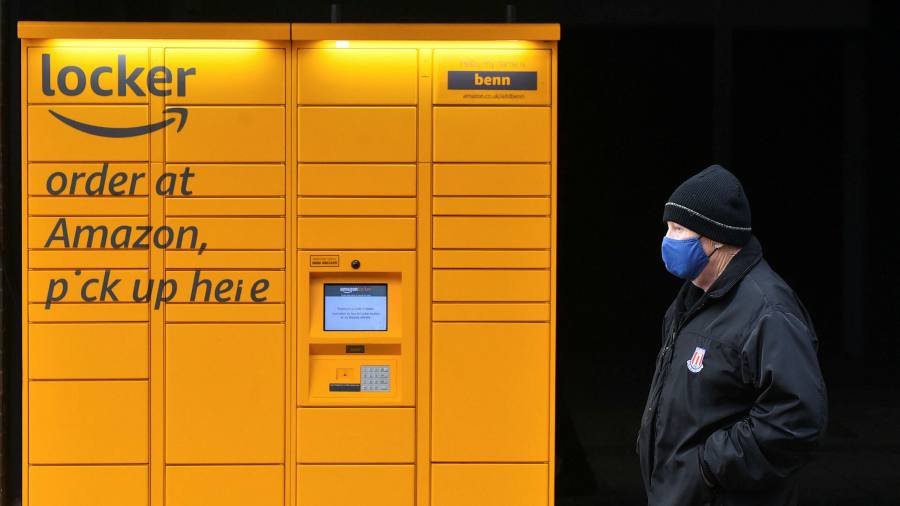 Amazon has doubled the number of parcel lockers in the UK, one of the latest innovations in the rapidly expanding delivery market, in an attempt to take the strain off stretched staff.

Demand has risen for packages because of the pandemic-fuelled online shopping boom, with parcel deliveries rising 50 per cent to 4.2bn in the financial year ending last March, according to industry regulator Ofcom.

Parcel lockers, typically set up in car parks, petrol forecourts and outside retail outlets for quick and easy collections, are a way of easing the burden on workers as labour shortages and Covid-19 disruption add to pressures.

They also cut courier costs, particularly when the recipient is out, and reduce carbon emissions with fewer trips needed by delivery trucks.

“Home delivery is unsustainable and is reaching a tipping point,” said Jason Tavaria, chief executive of InPost UK, the second-biggest provider of lockers in the UK after Amazon. “The industry is now waking up to this.”

“Lockers help take the pressure off delivery staff and it’s the way forward,” he added.

The two main providers of lockers in the UK are Amazon and Poland’s InPost, which first introduced them in Britain in 2013. Although still a small part of the market, their use has sharply risen during the pandemic.

Amazon, the UK’s second-largest delivery group after Royal Mail, has increased its British locker network from 2,500 to 5,000 in the past two years.

InPost, in partnership with Hermes and ZigZag, has grown its number of parcel lockers in the UK to 3,000, a rise of 180 per cent over the past year in an overall market that has grown to more than 8,000 units.

Despite trialling the system, Royal Mail has not developed a presence in the locker space.

The growth of the network in Britain, which lags behind others such as Poland and China, underlines the pressures UK retailers and logistics groups are facing as demand increases for packages.

As well their convenience for customers, parcel lockers help delivery staff cope with the growing strains of an expanding market that is being hit hard by labour shortages.

As many as 15,000 staff, or 12 per cent of Royal Mail’s workforce, were off in early January as Covid took its toll, pushing overtime, sick pay and temporary staffing costs up to £340mn this financial year for the group.

David Saenz, Hermes’ out of home director, said lockers ease pressure during seasonal peaks, such as Christmas. “Peak times are always a challenge to have to double operations in six weeks.”

He added: “The more you can drive efficiencies to reduce the number of routes and stops, the easier it is to get good first attempt delivery experience.”

He added: “Use of lockers has increased twofold because of the convenience factor and number of locations. Volume has increased in lockers in that time too.”