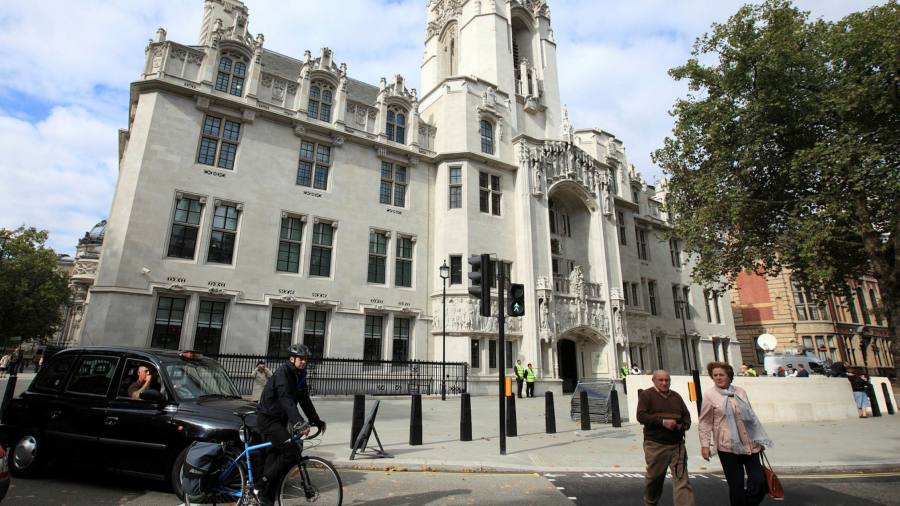 Bloomberg News has lost a landmark privacy case at the UK’s highest court, which ruled on Wednesday that suspects in a criminal investigation have the right not to be named by media organisations until charges are brought.

In a ruling that will have far-reaching implications for the British media, the Supreme Court found that Bloomberg had breached the human rights of a suspect who was the subject of a criminal investigation by naming him in an article.

The case rested on whether an individual who has not been charged with an offence has the right to privacy in the early stages of a police investigation before criminal charges are brought.

In 2016, Bloomberg published an article naming a businessman, known only as ZXC, and his employer who were being investigated by a UK law enforcement agency but had not been charged.

The UK agency sent a confidential letter to a foreign state asking for information and documents relating to the businessman. Bloomberg obtained a copy of the letter and wrote an article using information from it.

The businessman had sued Bloomberg for misuse of private information in 2017, and the High Court and Court of Appeal both found that Bloomberg had breached the businessman’s Article 8 rights under the European Convention on Human Rights.

This triggered an appeal from Bloomberg to the Supreme Court in which the media group advanced several arguments, including that the lower courts had failed to apply the correct legal test.

Lawyers said the Supreme Court ruling could hamper the media’s ability to report on the early stages of a police investigation.

The Supreme Court said on Wednesday it accepted that a person under criminal investigation had a reasonable expectation of privacy because of the potential impact on their reputation and private life.

Lord Nicholas Hamblen and Lord Ben Stephens, the justices who gave the ruling, dismissed Bloomberg’s appeal and said: “For some time, judges have voiced concerns as to the negative effect on an innocent person’s reputation of the publication that he or she is being investigated by the police or an organ of the state.”

Matthew Dando, partner at law firm Wiggin, said the ruling “deals a severe blow” to the media’s ability to report on criminal investigations and said the ruling “tips the scales too heavily in favour of the suppression of information”.

“It is chilling that in a modern democracy there is now a general expectation of privacy in the fact of an investigation by the state,” he added.

John Micklethwait, editor-in-chief of Bloomberg News, wrote in an opinion piece that the decision should “frighten every decent journalist in Britain”. “The courts have now presented the powerful with a path to keep their names out of print for years. And it really is only for them . . . ,” he wrote.

“Somewhere Robert Maxwell is smiling. Imagine the long list of British corporate scandals, from Polly Peck to Arcadia to Libor, that would have gone unreported, or only been summed up at the end,” he added.

Hanna Basha, a partner in the privacy and media team at Payne Hicks Beach, said the ruling would be “unpopular” with the media, but would be “a welcome decision” for suspects who were subsequently not charged “as they no longer have a reputational cloud hanging over their heads”.

The ruling cements a High Court decision in 2018 when a judge ordered the BBC to pay damages after finding that it had no right to broadcast a police raid on the home of the singer Cliff Richard because it breached his privacy rights. Richard was later told by the police that the allegations against him were false and that he faced no further investigation.

Bloomberg said: “We are disappointed by the court’s decision, which we believe prevents journalists from doing one of the most essential aspects of their job: putting the conduct of companies and individuals under appropriate scrutiny and protecting the public from possible misconduct.”