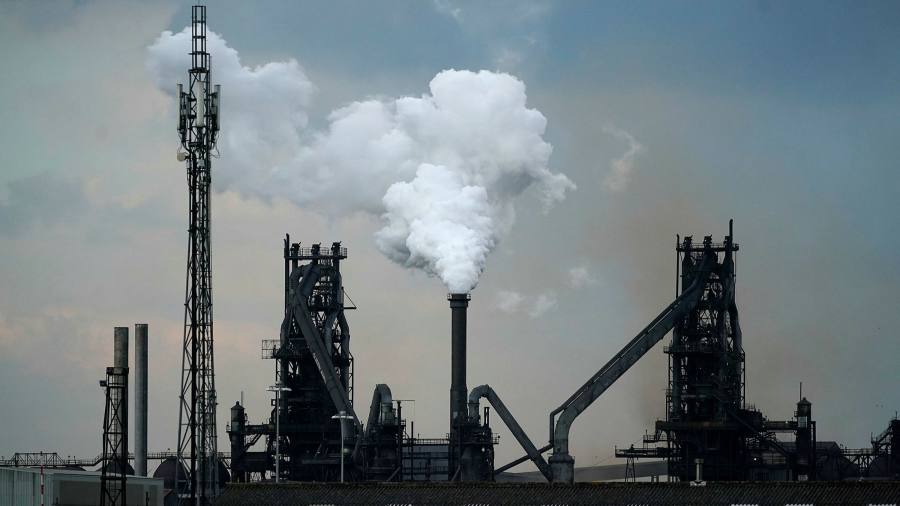 British Steel became the latest industrial group to warn of rising electricity costs as it increased prices for large sections of steel to more than £1,000 per tonne on Friday following the war in Ukraine.

The rise of £250 per tonne for all new orders, an estimated 25 per cent jump, is the group’s highest one-off increase, according to one industry expert.

The move by Britain’s second largest steelmaker, which operates the vast Scunthorpe plant in eastern England, will add to existing pressures on construction companies.

The rise could push up costs on the UK’s largest infrastructure project, the new HS2 high-speed railway line, which has bought about 70 per cent of the structural steel needed for the first phase of the line to Birmingham.

British Steel declined to comment on the percentage increase but said: “Like all European steelmakers, we are facing an unprecedented rise in costs. As a result, we have increased prices of structural sections for all new orders by £250 per tonne with immediate effect.”

British Steel added that it could not provide price guarantees for production beyond the middle of April because of the rising costs.

The price rise underlines the pressure European steelmakers are under because of surging electricity prices following Russia’s invasion of Ukraine. The recent surge in wholesale gas prices has only added to already existing cost pressures being felt by the industry.

ArcelorMittal, Europe’s largest steelmaker, said this week that the “unprecedented increase in the price of electricity in the past few days”, coupled with the already high levels of recent months, was “significantly increasing our costs”.

Simon Rawlinson, partner at Arcadis, a construction consultancy, said the scale and speed of the price increase reflects the instability in global commodity supply chains that have followed the Ukraine invasion.

“The fact that British Steel cannot provide guarantees beyond April highlights just how uncertain and unstable the situation is,” he said.

Matt Watkins of the CRU said: “Obviously it’s a huge increase in one hit, but we are seeing all kinds of large price increases in the market just at the moment, so it doesn’t feel out of context with what’s happening more broadly.”

The price of fabricated steel had already risen by 55 per cent in the year to January, according to official figures, so the extra increase will apply significant pressure to the UK’s construction industry, which had already been struggling with product shortages as a result of the supply chain issues during the Covid-19 pandemic.

Overall, the cost of construction materials, including timber, cement, and plastic products, has risen by 21 per cent over the year to January.

Noble Francis, economics director at the Construction Products Association, said the impact was consistent with the increase in energy costs over the past six months, which have been made worse by the volatility and uncertainty of metal and energy supplies.

Smaller contractors will be most vulnerable as larger ones can plan and purchase in advance, he said.

“The price increases will badly affect specialist subcontractors on fixed price contracts that were signed up to 12-18 months ago and are working on large commercial, industrial and infrastructure projects. These have small profit margins and could never have anticipated price increases of this kind,” he said.