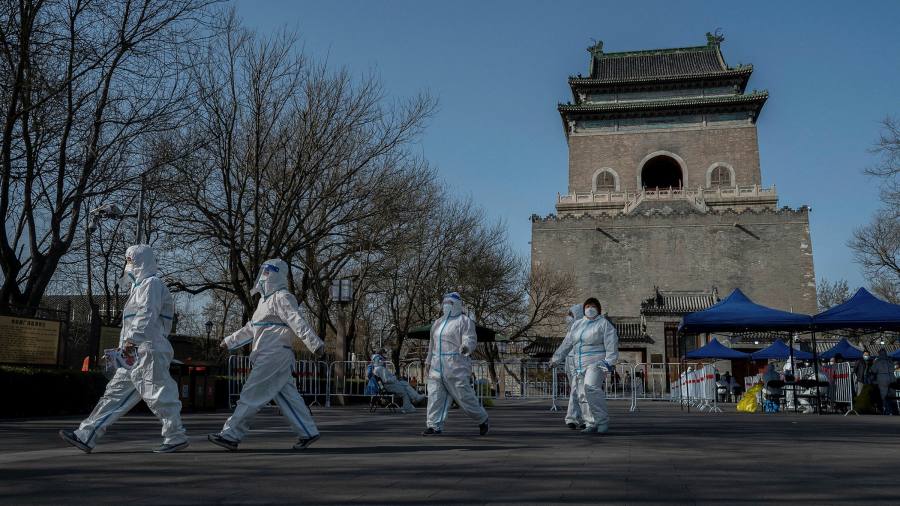 China claims to have one of the world’s highest vaccination rates at over 85 per cent. But adequate protection from China’s homegrown Sinovac and Sinopharm vaccines requires a third jab at the very least, judging from a Hong Kong study.

There are enough stocks — more than 750mn — of foreign vaccines in rich and middle-income countries to provide 54 per cent of the Chinese population with a booster dose, says Airfinity, an analytics company.

Huge volumes are being churned out. BioNTech/Pfizer will sell about 2.4bn doses of their vaccine alone this year for between €13bn and €17bn, German mRNA pioneer BioNTech said this week.

Chinese reticence is the main problem. As far back as December 2020, BioNTech inked a deal with China-based Shanghai Fosun Pharmaceutical to supply China with 100mn doses, subject to regulatory approval. That has not yet materialised.

However Shanghai authorities recently signalled they would support imports of new Covid vaccines. Fosun this month said it was still in “very active” communication with health officials. Its shares, and those of BioNTech, Pfizer, Moderna and other vaccine makers, jumped in mid-March as Shanghai went into lockdown. This showed that the pandemic is far from over in China.

Approving western mRNA vaccines would be a tacit acknowledgment that Chinese technology is second best. That would detract from the kudos Beijing won by exporting its jabs to developing countries, which western manufacturers should also factor into supply plans.

Careful vaccine diplomacy is needed in place of the vaccine nationalism previously spawned by coronavirus. Imported jabs could be presented as fruits of successful Chinese trade negotiations, rather than foreign charity. Vaccine imports would be good for China, good for western drugmakers and good for east-west relations at a time of heightened tensions.

The Lex team is interested in hearing more from readers. Please tell us what you think of China’s struggle to subdue coronavirus in the comments section below.