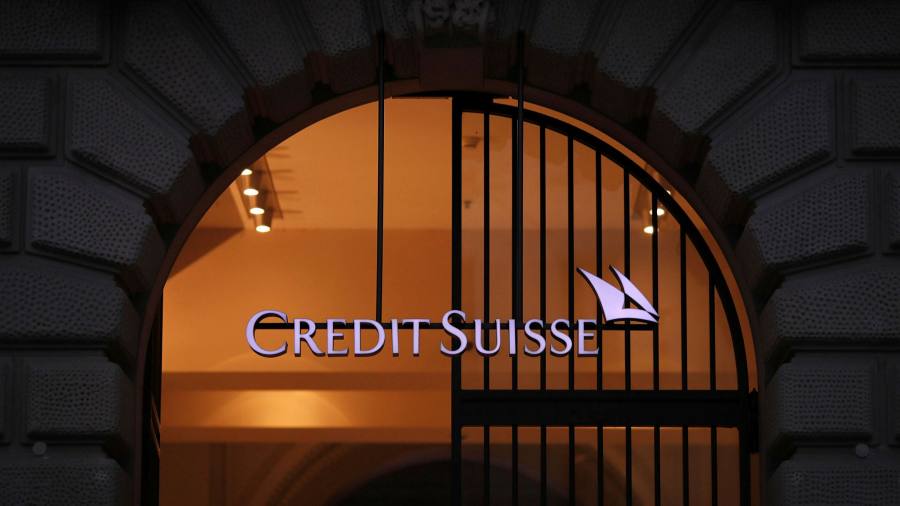 A former Credit Suisse banker at the centre of a landmark criminal trial against the bank for money laundering said that for years it paid almost no attention to compliance as it raced to win rich eastern European clients.

On the first day of evidence in Switzerland’s highest criminal court, “E”, a relationship manager at the bank between 2004 and 2009, and a co-defendant in the case, said Credit Suisse had spent more time telling her about “savoir vivre” — how to dress and how to behave with clients in restaurants and on the phone — than training her on the bank’s legal responsibilities.

“All our training was focused on how to be able to sell the bank, to sell the services of the bank, the name of the bank . . . this was at a time when there was no dirty money strategy in Switzerland,” she said.

Under Swiss court reporting rules, her identity cannot be revealed.

“The topic of legal and compliance was just a pro forma course . . . this was the culture of Swiss banks,” she told the court.

The trial, brought by Switzerland’s federal prosecutor, is the first time a Swiss bank has been charged with a criminal offence in the country’s history.

It comes after several torrid years for Credit Suisse: both its chief executive and chair have resigned amid scandal, and the bank has lost billions for itself and clients after the high profile collapse of supply chain finance firm Greensill Capital and family office Archegos.

In the current case, prosecutors say that from 2004, Credit Suisse helped launder millions on behalf of a Bulgarian cocaine-smuggling cartel, led by former professional wrestler Evelin Banev, and ignored red flags — including two assassinations — that should have alerted them to potential criminal activities.

“Credit Suisse unreservedly rejects as meritless all allegations in this legacy matter raised against it and is convinced that its former employee is innocent,” the bank said in a pre-trial statement. “The bank will defend itself vigorously in court.”

Credit Suisse’s lawyers will argue that the charges relate to historic events, and that the bank performed extensive checks on its clients in line with the rules at the time and its capacity to do so.

‘E’, herself a Bulgarian national and former professional athlete, was Credit Suisse’s primary point of contact with the Bulgarian group of clients. As they did more business with the bank, E’s annual bonus rose more than fourfold in just three years, the court heard.

During her five years at Credit Suisse, prosecutors said E had taken part in less than 10 hours of compliance training, much of it online, and not subject to review. E said that almost all of the compliance training she had received was focused on Swiss banking secrecy laws. “My knowledge back then [of anti money laundering rules] was zero,” she said.

In a formal test of her knowledge of compliance rules showed to the court — which she passed according to the bank — E scored just 33 per cent on questions related to the rules on cash transactions, and 25 per cent on the rules about identifying the beneficiaries of accounts and transactions.

E also said that all of the risk management decisions taken to maintain a relationship with the Banev group were taken by senior management and that she had made them aware of press reports concerning drug smuggling.

Banev was convicted of drug trafficking in Italy in 2017 and money laundering in Bulgaria in 2018. He is not a defendant in the Credit Suisse case. After disappearing, he was arrested in Ukraine last year and is facing extradition to Romania and Bulgaria to face further criminal charges.

This article has been updated to reflect that “E” was a relationship manager at Credit Suisse between 2004 and 2009, not 2008