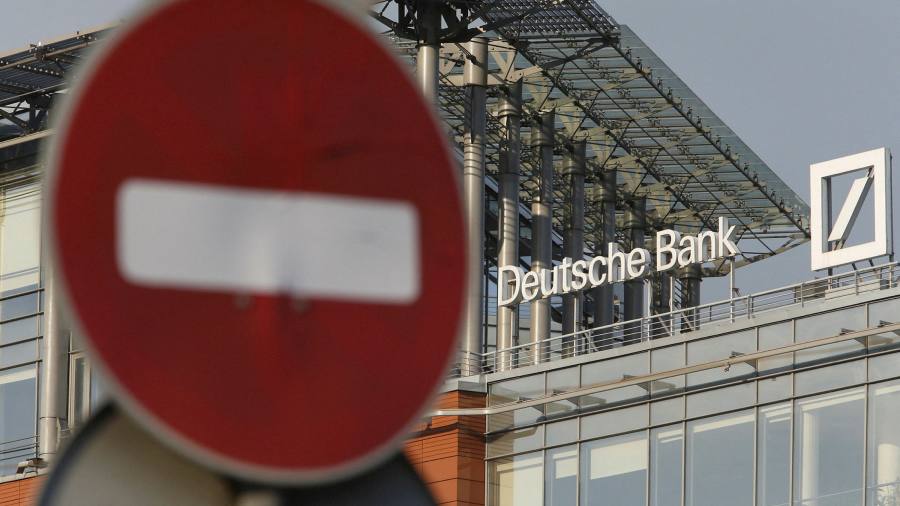 Deutsche Bank violated the terms of a deferred prosecution agreement with the US Department of Justice last year, in the latest run-in between Germany’s largest lender and America’s law enforcement authorities.

The bank broke the terms of an agreement with the DOJ by failing to flag a whistleblower complaint about greenwashing allegations at its asset manager DWS in a timely manner.

Under a deal with the DOJ signed in 2021 — made as part of a settlement into alleged bribery as well as fraudulent and manipulative commodities trading practices — Deutsche committed to report potential new legal issues as soon as it found out about them.

Deutsche disclosed its blunder on Friday in its annual report.

The DOJ found that the bank had violated the DPA “based on untimely reporting” of “certain allegations relating to environmental, social and governance (ESG)-related information” at DWS, Deutsche disclosed in its annual report.

As a sanction, said the bank, the DOJ had extended “an existing monitorship”. Deutsche warned investors that the DOJ “has reserved all rights to take further action regarding the 2021 DPA if it deems necessary”.

Deutsche, DWS and the DOJ all declined to comment.

At the heart of the matter are whistleblower allegations, raised in March 2021, of large-scale greenwashing at Deutsche’s asset management arm DWS. The allegations were made by DWS’ former head of sustainability Desiree Fixler shortly after she was fired in early 2021.

In an email sent on March 17 to Karl von Rohr, Deutsche’s deputy chief executive and DWS chair, she accused DWS of misrepresenting how it used environmental, social and governance metrics to analyse companies across its investment platform. DWS subsequently mandated PwC, which advised the firm on ESG topics, with an internal investigation into the complaint. PwC later dismissed all allegations.

Fixler’s allegations were made public by the Wall Street Journal last August, after which the DOJ launched an investigation into the issue. News about the probe wiped €1bn from DWS’s market capitalisation in a day.

After Fixler’s departure, DWS ditched its controversial “smart integration” ESG approach that was at the heart of her complaint. In its 2021 annual report, also published on Friday, DWS only reported €115bn in “ESG assets” for 2021 — 75 per cent less than a year earlier when it stated that €459bn in assets were “ESG integrated”.

The “smart integration” approach “will cease to exist during 2022” and will be replaced by a new, more demanding framework based on new EU rules, the DWS annual report said.

“I pointed out in 2020 that smart integration was a highly flawed risk assessment system that could cause investors financial harm,” Fixler told the Financial Times on Friday.

In its 2020 annual report, DWS described “smart integration” as one of “the first steps” on its road map to climate neutrality, calling it a “new more intensive review process for managing sustainability risks”.

Fixler objected to DWS labelling investment strategies as “ESG integrated” even when funds management had mere access to ESG data but decided not to use it. DWS rejected the greenwashing allegations and denies any wrongdoing. It has not booked any provisions that are earmarked for the case.

A person familiar with DWS’s internal discussions said that the changes were made regardless of the whistleblower complaint, but were triggered by new EU regulation that was put in place after the asset manager introduced its “smart integration” approach.