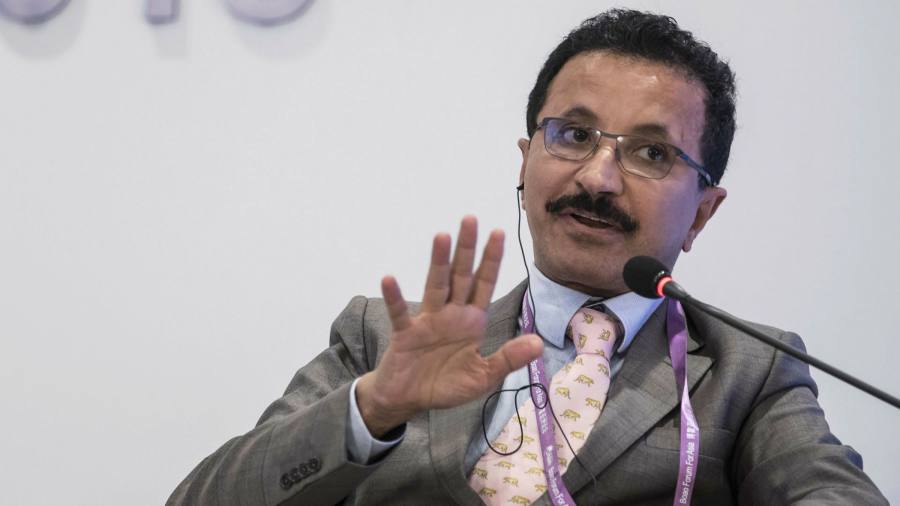 The head of the Dubai-based group that owns P&O Ferries has insisted it is too late to reverse the decision to sack 800 sailors, as he praised its management for doing an “amazing job” in restructuring the UK company.

Speaking to the Financial Times on the sidelines of the World Economic Forum in Davos this week, Sultan Ahmed bin Sulayem, the chair and chief executive of DP World, expressed irritation at the way the UK government turned on P&O after the company announced in March that it would dismiss 800 workers without consultation.

Sulayem said the decision was taken by the P&O board without input from its Dubai parent, and the move could not be reversed.

“We said many times, [the UK government] can’t do anything now because [the P&O decision] is in the past,” he said, stressing the company’s defence that its two available options were to switch to a cheaper workforce or cease operating.

“Peter [Hebblethwaite, P&O chief executive] has done an amazing job because he managed to save the company instead of 3,000 people [being] out of a job,” Sulayem said.

After the decision was taken Hebblethwaite said he was “incredibly sorry” for the material impact the unexpected sackings had on the workforce. However, Sulayem contradicted that, saying only one staff member had rejected the terms offered so “nobody was hurt”.

The choice P&O faced, he added, was either to sack the sailors or “bring down the company”.

“The decision [the P&O board] made was their decision . . . I personally feel they were caught with a choice to make . . . I told them the decision was theirs . . . and we did not interfere and tell them what to do,” he said.

Although P&O is still running a pared-back schedule, with two of the normal five ships operating on the crucial Dover-Calais route, Sulayem said more of its vessels had cleared safety inspections after being prevented from sailing following the sackings. As agency workers have replaced often-longstanding former crew, he said the ferry company could now compete effectively and help the government move goods to and from the EU.

“Now the shipping vessels are serving the UK, they are in the sea and they are moving cargo in and out,” he said. He also suggested the government should be more appreciative of these efforts because the company was helping ministers make a success of Brexit.

Sulayem said ministers only had themselves to blame for P&O’s actions, linking the job losses with a perceived lack of support during the coronavirus pandemic. “Had they helped the company, it would have been a different situation.”

P&O received £11mn in furlough money from the government, according to Grant Shapps, transport secretary, who has called for the money to be repaid.

DP World executives said they had found other comments by Shapps “extraordinary”, especially when the minister called on consumers to boycott P&O.

Sulayem said that, despite his criticism of the UK government, he would welcome its efforts to enforce the minimum wage for seafaring staff in ferries docking in the UK.

“It would help us because all the competitors have different wages for their crews,” he said. “That is what we have asked for.”