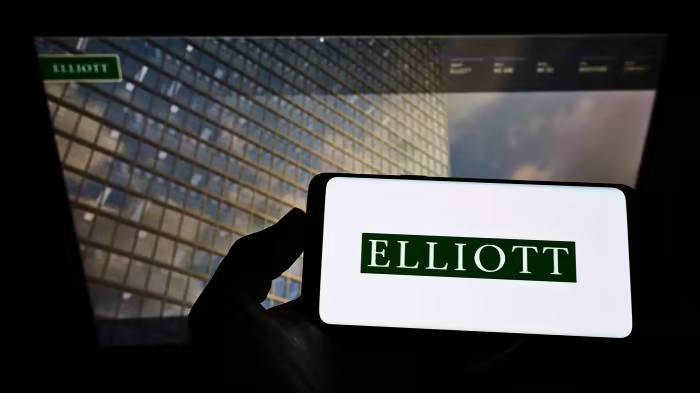 Good morning. The activist fund Elliott Management has become one of the largest shareholders of Dai Nippon Printing — a 146-year-old Japanese conglomerate with a huge but unheralded global share in components of electric vehicle batteries and smartphone screens.

The stakebuilding adds to only a handful of investments that Elliott has previously made in Japan — with Masayoshi Son’s SoftBank Group and Toshiba the most prominent. People close to the fund characterised it as an experiment in extracting trapped value that could pave the way for significantly more activity.

Elliott has quietly increased its investment in DNP over the past few months, according to people familiar with the situation, and now holds a stake of a little less than 5 per cent worth about $300mn, making it the third-largest external shareholder.

People close to DNP said Elliott’s initial engagement with the company, which has a market capitalisation of $6.3bn and currently trades where it did 20 years ago, has focused on a series of demands: a more aggressive share buyback scheme, the sale of its sprawling real estate holdings and an accelerated disposal of its extensive portfolio of shares in other Japanese companies.

1. Germany to send Leopard tanks to Ukraine Germany is to send Leopard 2 tanks to Ukraine, in a move that marks a significant breakthrough in western efforts to bolster Kyiv’s fight against the Russian army. The decision to send tanks marks a U-turn for German chancellor Olaf Scholz, who had long hesitated to provide Ukraine with heavy armour.

2. China property bonds rebound on support from Beijing Bonds issued by China’s highly indebted real estate developers have rebounded sharply over the past two months, in a sign that efforts by Chinese authorities to bolster the hard-hit sector are bearing fruit. China’s high-yield dollar bond index, which is dominated by property developers, has recovered almost 50 per cent from the record low hit in early November.

3. US sues Google over its digital ad ‘dominance’ The US Department of Justice is suing Google for allegedly exercising monopolistic control of the digital advertising market. It is the latest legal broadside against the company as Washington seeks to crack down on the dominance of Big Tech.

4. Classified documents found at Pence’s private residence Former US vice-president Mike Pence turned over classified documents to the Department of Justice last week as federal authorities continue to probe how sensitive government files ended up at the private residences of Joe Biden and Donald Trump. The discovery adds to growing scrutiny of how current and former leaders handle classified information.

5. US touts Biden green subsidies to lure clean tech from Europe The row between EU and US politicians over subsidies linked to Joe Biden’s Inflation Reduction Act is deepening as governors across America try to lure European clean energy businesses to their states.

Inflation figures Inflation updates are due from the UK, Australia, Spain, Sweden and Singapore. Japan will also report its Consumer Price Index (CPI) cost of living measure. Use our global inflation tracker to see how your country compares on rising prices.

Tesla earnings It will be another week for Elon Musk watchers (just like every other week) with Tesla reporting fourth quarter figures. The company has been cutting prices of its electric vehicles to bolster demand in the US and Europe.

To coincide with the publication of Martin Wolf’s new book, ‘The Crisis of Democratic Capitalism’, join him and other thought leaders online for a subscriber-exclusive event on January 31. Register for free here.

What I learnt in my days on the mountain in Davos At the World Economic Forum last week, the general mood on the economy in the high-income countries was one of great optimism about the near-term future. Yet these optimists may be getting ahead of themselves, writes the FT’s Martin Wolf.

Wagner Inc: a Russian warlord and his lawyers Russian entrepreneur Yevgeny Prigozhin, founder of the private mercenary operation known as the Wagner Group, is one of the most sanctioned individuals on the planet. An FT investigation shows how he has used leading corporate lawyers around the world to try to keep western governments at bay.

Seven must-stay hotels in Singapore Whether you’re after a close look into the cocktail-bar scene or a poolside loll followed by a Michelin-starred dinner, here is a selection of the city’s very best accommodations.

The rise of Esther Crawford in Musk’s ‘hardcore’ Twitter The social media giant’s director of product management has become one of the few women at Twitter to join Elon Musk’s trusted lieutenants. Some insiders believe the 39-year-old has the energy needed to transform the company’s flailing business. Others say she’s a sycophant and opportunist.

Why passive investing makes less sense in the current environment Passive portfolio management is attractive in a world where investment outcomes are heavily influenced by a common global factor — as in the decade of artificially floored interest rates and massive central bank injections of liquidity. But in a world where the macro outlook is murky dynamic asset allocation trumps low fees, writes Mohamed El-Erian.

Take a break from the news

Japanese eyewear remains unmatched. It uses elements from the past, refashioned into something by modern means, designed for the future. We find out how the country’s glasses are made.

Asset Management — Find out the inside story on the movers and shakers behind a multitrillion dollar industry. Sign up here