FirstFT: Disclosure rules to be tightened for private equity and hedge funds 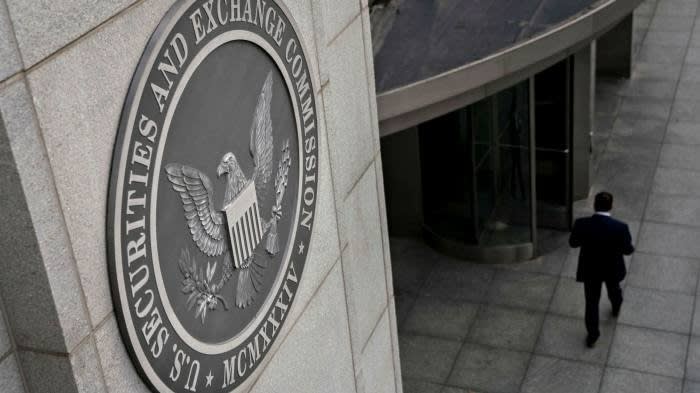 Good morning. Today we are covering a fresh warning from the Biden administration about Russian troop movements and the NFL’s racism problem. But first a look at how Wall Street’s top regulator is bolstering the rules around disclosure.

The Securities and Exchange Commission is seeking to compel hedge funds and private equity groups to disclose quarterly performance and fees charged to investors as the agency pushes back against activities it warned were “contrary to the public interest”.

The proposals would require registered private fund advisers to share quarterly statements with investors including detailed records of all fees and expenses — a point of contention in the industry — as well as performance.

The proposals also come at a time when big investors such as pension funds and endowments are racing into alternative assets — including real estate and infrastructure — as the outlook for returns in public markets dims.

The moves are among the strongest changes to oversight of the fast-growing private financial markets since the passage of the Dodd-Frank Act a decade ago.

Gary Gensler, SEC chair, said after the regulator had voted on the proposals: “Private fund advisers, through the funds they manage, touch so much of our economy. Thus, it’s worth asking whether we can promote more efficiency, competition and transparency in this field.”

Reaction: The changes will shine a much needed light on to an increasingly important but opaque area of financial markets, the FT said in an editorial.

Thanks all our readers who voted in yesterday’s poll and for sending in your comments. I will feature some of them in tomorrow’s email — Gordon

1. US: Russia still ramping up military activity US officials have warned that Russia has continued to ramp up military activity near the Ukrainian border despite diplomatic efforts to defuse the crisis. “The numbers continue to grow. We maintain that [Vladimir Putin is] north of 100,000 [troops] for sure,” said John Kirby, the Pentagon spokesperson.

2. Pelosi U-turn on stock trading The House Speaker has tasked Democratic allies with drafting proposals to ban members of Congress from buying and selling stocks. The announcement marks a significant U-turn by Pelosi, one of the wealthiest members in Congress, who in December said lawmakers should be able to trade freely.

4. PR guru plots comeback after sexual harassment claims Declan Kelly, the co-founder of the Teneo public relations firm, has made a discreet comeback. Once a prominent adviser to Fortune 500 chief executives, he was forced to quit in June last year following allegations of sexual harassment.

5. Biotechs face cash crunch after stock market ‘bloodbath’ Dozens of biotech companies are running low on cash and face an uphill struggle to raise funds after “tourist” investors who snapped up their shares during the pandemic abandoned the sector.

US inflation The US consumer price index is expected to have risen in January at its fastest annual pace since 1982, data will reveal today.

Jobs data US jobless claims are expected to show that new applications for employment benefits rose by 230,000 in the week ending February 5, compared with 238,000 a week earlier. The Omicron surge is expected to hinder a large decline in jobless claims.

Earnings Coca-Cola and Pepsi report before the bell. Their results will provide a fresh glimpse into the state of global supply chains and inflation’s impact on the two soda giants. Other US companies reporting today include cigarette and tobacco manufacturer Philip Morris International, luxury fashion company Tapestry, and food manufacturer Kellogg.

Monetary policy Mexico’s central bank is expected to raise its benchmark interest rate to 6 per cent from 5.5 per cent at the conclusion of its latest monetary policy meeting. The Bank of Mexico raised rates more than analysts expected in December as the country battled its highest level of inflation in two decades.

The racism lawsuit overshadowing the Super Bowl On the eve of the NFL’s biggest game, the Brian Flores lawsuit has reinvigorated the discussion about race and leadership in America’s most popular sport. The case has brought the plight of black coaches to the forefront and raised questions about the clubs’ wealthy and white owners.

Apollo under scrutiny over lingering ties to Leon Black Links between the investment company and its billionaire co-founder remain fraught but may be loosening. Last week an Apollo lawyer told regulators in Nevada that if Black ever wanted to return to the investment company’s space on 57th Street, he would first have to line up with other visitors and register with building security.

Siberia’s crypto boom is made of ingenuity and defiance The little wooden house in Stolbova is not your average Siberian cottage. Fuelled by cheap electricity and Chinese hardware, households across Russia’s frigid east have been furiously mining cryptocurrency. But a crackdown looms.

Turmoil at Peloton makes it a target Amazon and Nike are among several potential suitors that have hired advisers to explore an acquisition of the home fitness company. Our reporters assess the industrial logic for any acquisition of the ailing company that this week unveiled a new chief executive.

The power of regret and how to reinvent the workplace are among the themes in this month’s selection of top business titles, selected by our Work and Careers team.

Thank you for reading and remember you can add FirstFT to myFT. You can also elect to receive a FirstFT push notification every morning on the app. For more of the Financial Times, follow us on Twitter @financialtimes.

FT Asset Management — The inside story on the movers and shakers behind a multitrillion-dollar industry. Sign up here.

The Week Ahead — Start every week with a preview of what’s on the agenda. Sign up here.