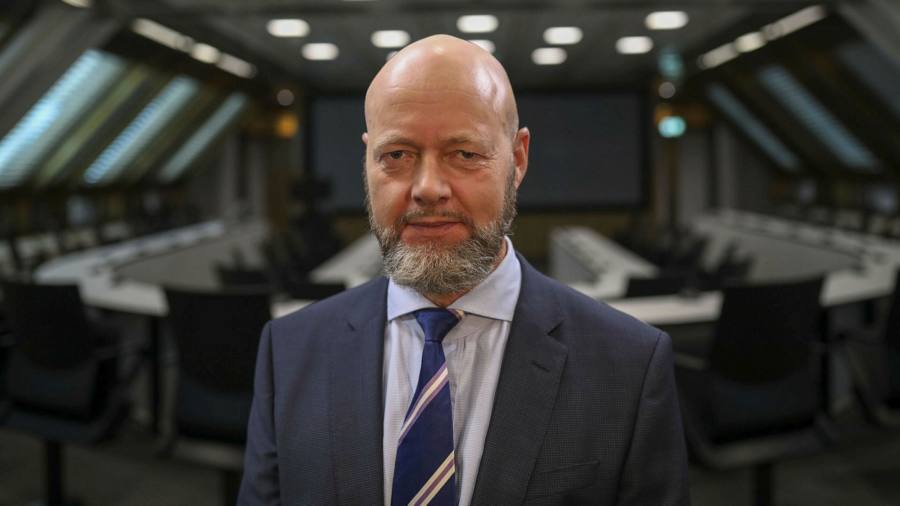 Deutsche Bank has added the former head of the world’s largest sovereign wealth fund to its board, in an important vote of confidence for the German lender’s efforts to end years of scandal and underperformance.

Yngve Slyngstad, who until 2021 was the chief executive of Norway’s oil fund for more than a decade, was nominated by the supervisory board on Friday for election at Deutsche’s shareholder meeting on May 19.

He started at the wealth fund in 1998, heading its nascent equity portfolio, before becoming chief executive just ahead of the global financial crisis in 2008 and overseeing its rise to become the biggest in the sovereign space.

The value of the fund’s assets more than quintupled in his time as chief executive, and he quit on the day they reached NKr10tn ($1.2tn).

Slyngstad joins Deutsche during a crucial period of overhaul for the board, as controversial chair Paul Achleitner steps down after 10 turbulent years overseeing Germany’s biggest bank. He will be replaced by Dutch insurance veteran and Citigroup board member Alex Wynaendts in May.

The lender also raised €19.5bn in fresh capital and spent several billion on settlements and fines.

In the past, Deutsche has struggled to attract heavyweight international candidates for its supervisory board from the financial industry.

In 2019, regulators vetoed former UBS executive Jürg Zeltner as a member of Deutsche’s supervisory board on conflict of interest concerns created by his role as chief executive of a Qatari-backed private bank.

The lender then caused a stir by replacing Zeltner, who passed away in 2020, with Sigmar Gabriel, a former German foreign minister with little if any banking expertise.

Slyngstad’s move was motivated by his strong European conviction and his view that the continent’s future hinges on a strong and independent financing sector, according to a person familiar with his views.

He is convinced that Deutsche, despite its past problems, has a strong brand and is in a “unique position” to become one of Europe’s strong lenders with a global reach, the person added.

He spent six months on his own in an Arctic cabin studying German philosophy before joining Norway’s central bank, which houses the country’s wealth funds, and then a local asset manager.

His stint at the oil fund was clouded in the final months after he conceded he had “screwed up” by accepting a flight on a private jet paid for by then hedge fund manager Nicolai Tangen, who eventually succeeded Slyngstad in charge of the oil fund.

Slyngstad, who is 59, will replace Gerhard Eschelbeck, chief information security officer at Aurora Innovation, whose five-year term is ending and who will not seek re-election.

Deutsche is the majority owner of DWS, an asset manager with more than €900bn assets under management.

According to people familiar with his view, this does not create a potential conflict of interest as both asset managers do not have overlapping business and Deutsche’s supervisory board is not involved in DWS operational business.