Glencore is not alone in needing a cultural overhaul on bribery 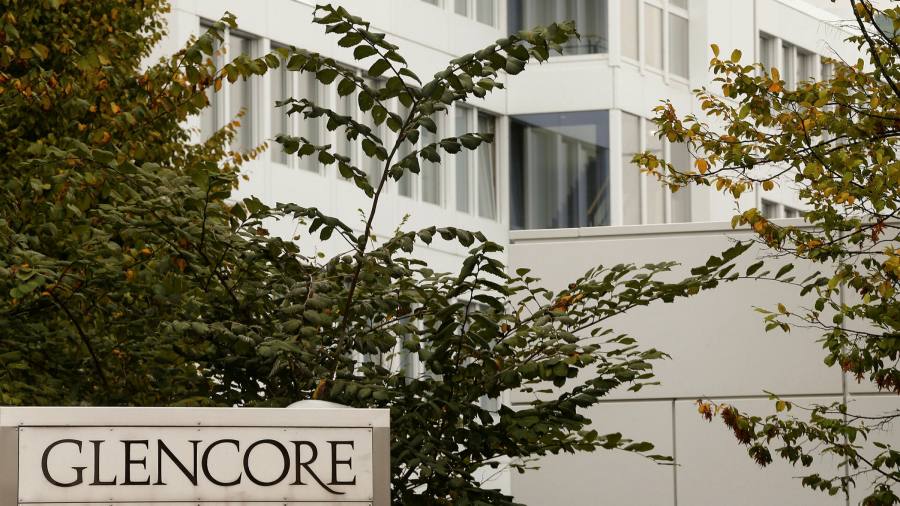 Marc Rich, late founder of the commodities trader that became Glencore who was indicted by the US in the 1980s for tax evasion and fraud, once said the transparency that came with a public listing “limits your activity, to be sure, but it’s just a new strategy to which they have to adapt”.

No kidding. Glencore may just be catching up. The mining company last week pleaded guilty to bribery and market manipulation charges in the US and has indicated that its energy unit will do the same to seven UK bribery charges related to wrongdoing in Brazil, Venezuela and several African countries.

The financial penalties, expected to be near $1.5bn, were less shocking than the scale of the corruption, which the US authorities described as “staggering”. The bribery continued, according to the Department of Justice, until 2018. Glencore had a “cash desk” for dispensing money for bribes in London until 2011 and in Baar, Switzerland, until 2016.

Chief executive Gary Nagle, who took over from Ivan Glasenberg last year, said in a message to staff that Glencore “is a different company today than it was when these unacceptable practices occurred”.

The US appears unconvinced. The miner will have independent monitoring in place for three years. The DoJ noted that Glencore had not earned full credit for co-operating with the investigation, having delayed producing some evidence and failed to deal “appropriately” with certain employees in a timely manner.

The City, meanwhile, which spent years applauding Glencore’s reputation as a hard-charging maverick, is only too eager to declare the matter closed.

When the Financial Times in 2012 started writing about questions over Glencore’s activities in the Democratic Republic of Congo and its relationship with Israeli businessman Dan Gertler, it was remarkably difficult to find anyone in the City who cared much (I was the mining correspondent).

“There was indifference,” recalls Dino Mahtani, a former FT journalist who as an investigator at Global Witness pieced together how prized DRC mining assets were sold off cheaply to obscure shell companies associated with Gertler before being quickly resold at much higher prices. “The establishment thought we were lunatics. We were politely brushed off.”

Gertler, who was hit with US sanctions in 2017, has always denied any wrongdoing. Glencore’s relationship with him, which sparked the broader regulatory scrutiny of its business, was not part of last week’s plea agreement.

Broadly, the contribution of global resources companies to the impoverishment and penury of African nations was considered a niche concern in the Square Mile. Despite increased focus on the flow of dirty money through London after Russia’s invasion of Ukraine, it probably still is.

Anyway, going where others feared to tread and pushing boundaries was seen as less a risk factor and more part of the sales pitch for Glencore. (One piece of pre-IPO research had worried that the “checks and balances” of a public listing might blunt its edge). There was a general view that — while others might be dumb enough to get their hands dirty — Glencore was sufficiently smart to navigate its way round corruption risks while accomplishing the same aims.

Those institutions that did avoid Glencore as questions mounted may feel aggrieved. The financial penalty for years of endemic corruption is perhaps 7 per cent of this year’s forecast cash flow from operations.

For all the talk of an overhang on the company’s stock, there has barely been a “sell” recommendation on it since investigations began four years ago — correctly as it turns out: soaring prices of commodities, particularly coal, mean the shares are at their highest level for a decade. Glencore’s troubles do not seem to have affected its relationships with the City’s blue-chip advisers.

This saga is not quite over. There are separate investigations ongoing in Switzerland and the Netherlands. There could be action in the US and the UK against former senior executives. Glencore has yet to show that a new boss who has been at the group since 2000 and a homegrown senior management team really amounts to a fresh start — especially given that Glasenberg remains the largest shareholder.

The US DoJ will be on hand to assess the cultural overhaul. That is fortunate: some in the City who spent years ignoring the issue may not be in the best position to judge.