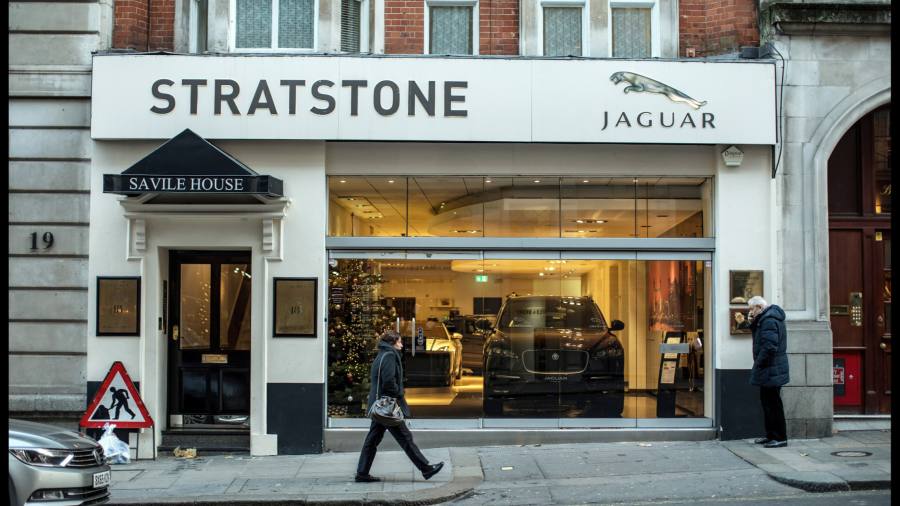 Swedish car dealer group Hedin Mobility has walked away from its offer to buy Pendragon, one of the UK’s largest auto retailers, ending a months-long pursuit of the company.

Its prospective £400mn takeover would have led Trevor Finn, the former Pendragon chief who was ousted in 2019 and is now a Hedin non-executive director, to return to the business that he ran for decades.

During Finn’s tenure, the company was built up through a series of acquisitions, but concerns over governance and the group’s financial performance led to his removal.

“Given the challenging market conditions and uncertain economic outlook, Hedin confirms that it does not intend to make an offer for Pendragon,” a statement from Hedin said on Friday.

Pendragon, in response, said the “process has highlighted the value of Pendragon and the board will continue to explore opportunities to maximise value for its shareholders”.

The group said the economic outlook “remains challenging” but the board “continues to expect to deliver group underlying profit before tax in line with expectations for the current financial year”.

Hedin, which is family-owned and run by founder Anders Hedin, owns dealerships in Sweden, Switzerland, Norway and Belgium. It holds about a quarter of Pendragon’s shares. Hedin outlined a 29p per share bid in September for the business.

Pendragon responded by initiating a review of the business, which may have led to a sale of its technology arm Pinewood, which is considered to be one of the company’s most valuable assets.

The following day, Hedin said it would block any takeover of the company from a third party that was below 35p a share, which was a 50 per cent premium on the share price before it made its initial offer.

Around a month later, Pendragon said it had suffered a cyber attack, with hackers stealing 2TB of data and demanding a $60mn ransom to prevent them releasing it. The ransom deadline subsequently expired without the data being released.

After walking away on Friday, under UK takeover rules, Hedin cannot make another bid for the business in the coming six months.

However, the group said it reserves the right to make another offer if a third party comes in to try and buy the company, or if Pendragon has a material change of circumstances.

Car dealers have been buoyed this year by the shortage of new vehicles due to a global squeeze on semiconductors, which has pushed up the price of used vehicles. Pendragon, which owns the Stratstone and Evans Halshaw brands, specialises in second-hand cars.

The sector struggled during the pandemic because of closures, and Pendragon cut around 1,800 roles and closed 15 dealerships in the past two years.