Hold the bacon: Icahn orders a proxy battle at McDonald’s 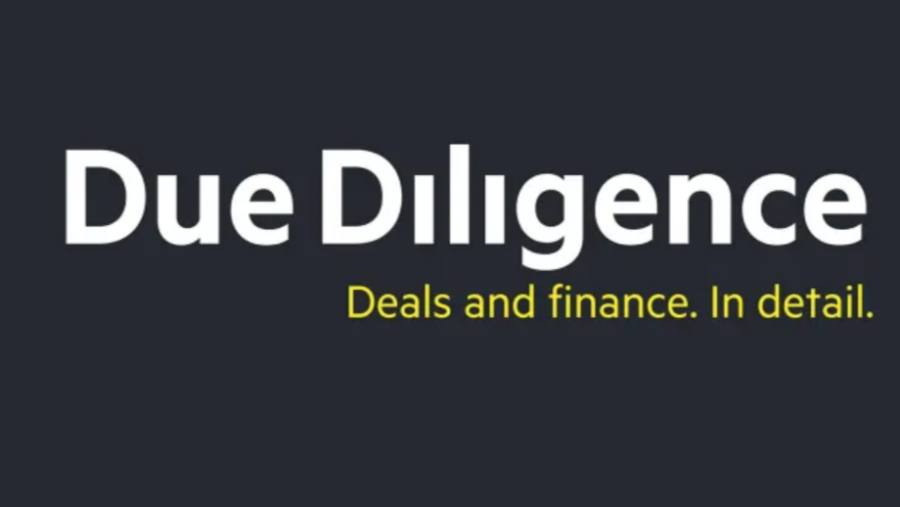 One chart to start: The seven oil supermajors are on track to return a near-record $38bn to shareholders through buyback programmes this year thanks to soaring oil and gas prices. Some critics have suggested that buybacks were diverting capital from investing in fighting climate change.

Carl Icahn points his arrow at the golden arches

Call him an activist or a corporate raider — it doesn’t matter to Carl Icahn.

The octogenarian billionaire maintains that his relentless campaigns against greedy CEOs and their bootlicking boards line shareholders’ pockets just as much as they do his own.

Icahn, who has compared himself to the conquering Alexander the Great, has taken a hiatus from business as usual, however, to pursue a less-profitable cause — one that has appeared to bring out his softer side.

He’s taking on the $187bn fast-food heavyweight McDonald’s in a highly unusual board fight aimed at changing the way its suppliers treat pigs.

Icahn’s typical profit maximisation strategy has taken a back seat to the more modest goal of requiring the burger chain’s US pork suppliers to end the practice of keeping pregnant pigs confined in small crates.

In 2012, McDonald’s promised it would stop buying from suppliers that confine swine in cramped quarters.

A decade later, Icahn has joined up with the Humane Society of the United States in demanding action, nominating Green Century Capital Management’s president Leslie Samuelrich and Bon Appétit Management Company’s strategy chief Maisie Ganzler to help carry out his mission on its board.

Holding just 200 McDonald’s shares (worth roughly $50,000 total), Icahn’s potential financial gain from the fight is barely a drop in the trough for a seasoned investor who has accumulated tens of billions of dollars throughout his storied career.

McDonald’s has also argued that his request would be “impossible” to fulfil now, and that such a change would defy “veterinary science”.

But the battle should leave corporate America on edge nonetheless, as Lex writes, as even the most hardcore activist investors push increasingly for change over environmental, social and governance issues.

Icahn isn’t the first to centre a campaign around morality. First-time activist Engine No. 1’s unexpected triumph against ExxonMobil last year and a court ruling in favour of climate campaigners challenging Shell, set the precedent for a new era in activism.

These David-versus-Goliath tales have bred hope that the little guy has a fighting chance. But Icahn is no underdog holding a slingshot to the world’s largest fast-food chain.

“[Alexander the Great] just kept going and going until they killed him . . . I’m a little bit like that,” he told the camera in HBO’s new biopic on his life.

McDonald’s chief executive Chris Kempczinski, who told the FT that he runs at least 50 miles a week to offset his twice-daily diet of the company’s cuisine, is likely training accordingly.

Shari Redstone’s rise to the helm of Paramount was the stuff of Hollywood: a two-decade long battle for control, in which she defeated two of the most powerful men in the business — the disgraced CBS chief Les Moonves and her own father — and enough dysfunctional family drama to inspire the hit show Succession.

But Redstone’s heroic ascent to the top of her family’s empire has been followed up with the sequel she never asked for, as the streaming wars pit her against Silicon Valley’s most formidable tech companies.

Like many of its Tinseltown studio peers, Paramount (formerly ViacomCBS) is on a mission to evolve its movie and television businesses into an online streaming service that can compete with Netflix, Amazon, and other Big Tech adversaries.

But that has proven expensive. Redstone’s plans to build out its Paramount Plus streaming platform have in part been bankrolled by its recent endeavours as a Hollywood “arms dealer”, licensing its sought-after content portfolio to its competitors to bring in cash.

Paramount has been selling assets to fund its streaming ambitions, including the CBS Studio Center where Seinfeld was shot.

But as the industry continues to consolidate, investors aren’t convinced that Paramount can stand on its own next to media mega-rivals, and instead think the best move is to sell to a larger rival.

In 2014, Shari’s father Sumner dismissed his daughter’s prospects as the next chief of the family empire, saying he would “not discuss succession . . . you know why? I’m not going to die.”

While she may not have seen eye to eye with him on where to steer the family business, the refusal to back down clearly runs in the family.

“[Paramount is] greater than the sum of its parts,” she told investors this week. “We can deliver the [return on investment] that you expect and deserve.”

A bidding war is afoot in Australia — one that could set a new precedent for what private capital is prepared and able to do to quicken the global energy industry’s transition to a renewables-dominated grid and generate big returns in the process.

Canadian investment behemoth Brookfield Asset Management and Aussie tech billionaire Mike Cannon-Brookes have teamed up on Sunday in an attempt to buy one of Australia’s biggest and dirtiest energy generators, AGL, for A$5bn.

The market is no fan either, worrying about coal’s increasing vulnerability against competition from ultra-cheap and plentiful wind and solar.

Cannon-Brookes and Brookfield believe that by taking the publicly traded company private and pumping $20bn into new renewables and storage, they can shut the coal plants early and turn AGL into a profitable zero-emissions utility.

From AGL’s point of view, the A$5bn bid was probably laughably low, and the board summarily rejected it on Monday. They’re convinced management’s plan to spin off AGL’s coal generation business into a standalone company has hidden value for both resulting groups.

But Brookfield and Cannon-Brookes are adamant that AGL’s share price has nowhere to go but down, and they’re not pulling their punches. In a joint interview with the FT’s James Fernyhough, they were clear that if the board refused to engage, they wouldn’t be shy of taking their offer directly to big shareholders.

Where the deal goes from now is anyone’s guess, but it hasn’t got off to the friendliest of starts.

Have you heard the news? Libertarian “Cable Cowboy” John Malone is coming for CNN. The TV tycoon behind Discovery could exercise power over the scandal-bogged network as his media empire prepares to merge with Warner Media, The New Yorker writes.

Playing for keeps Mayfair mogul Richard Caring is playing a real-life game of monopoly — and winning — as his collection of restaurants looks to corner London’s fine dining market. He outlines his vision in an interview with The Sunday Times.

New chair insists Maersk has learnt from past mistakes (FT)