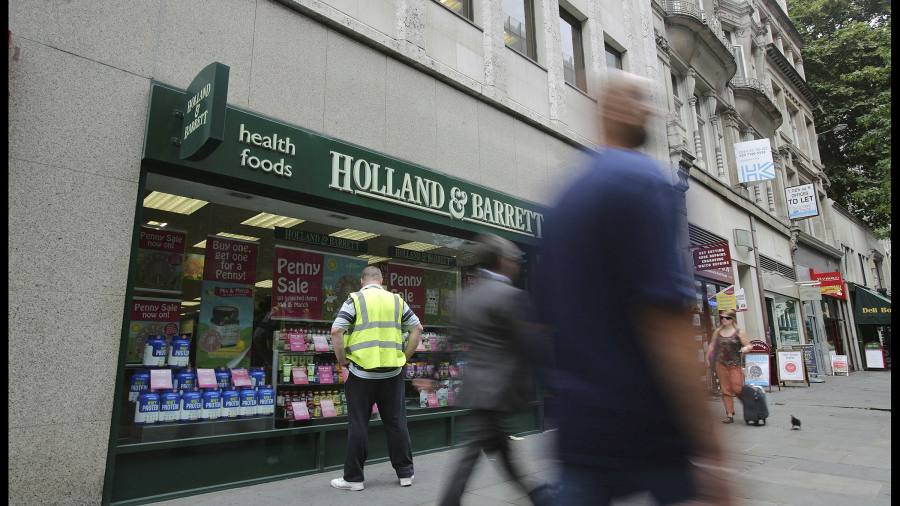 Lenders to Holland & Barrett, the Russian-linked high street retailer, have appointed investment bank Perella Weinberg to advise on options given the uncertainty over the impact of sanctions on the ultimate owners of the business.

Holland & Barrett is owned by LetterOne, the London-headquartered investment group that was funded by Russian oligarchs including Mikhail Fridman and Petr Aven.

Both are under sanctions from UK and EU authorities, although LetterOne itself remains free of restrictions after it froze stakes held by its Russian owners, removed them from its management and stopped all dividends.

LetterOne has nevertheless faced questions from its banks and other advisers over its operations, which include Holland & Barrett and large stakes in businesses such as telecoms group Veon.

The FT has learnt that lenders behind a £800mn term loan that was used to fund the Holland & Barrett acquisition in 2017 have formed a group to engage with the management of the business. This group has appointed Perella Weinberg to oversee negotiations and advise on options.

An interest payment on debt owed by Holland & Barrett was held up for days by HSBC last month owing to concerns over the status of LetterOne.

The interest was eventually paid after HSBC was given assurances over LetterOne’s position from authorities but only after the end of the “grace period” in which borrowers are typically given time to pay.

The value of Holland & Barrett’s debt has also fallen sharply since the war in Ukraine began, leading some distressed debt investors to take stakes.

People close to the talks said no immediate action needed to be taken on the term loan, which would have to be repaid in two years, although there is a separate revolving credit facility that will need to be refinanced next year that will become a more pressing test of the creditworthiness of the group.

One person close to the talks said that while LetterOne was not operating under sanctions, the restrictions of its ultimate owners would always pose questions over its future.

“This debt might not be refinanced as it stands. The liquidity of the asset [Holland & Barrett] is getting worse and LetterOne might need to put more money in to keep everyone on-side.”

Holland & Barrett was a “very visible” problem of the uncertainty caused by sanctions on Russian-linked British businesses, he added, given the more than 5,000 people employed at the retailer.

Bondholders at telecoms group Veon, in which LetterOne has a 47 per cent stake, have separately appointed Houlihan Lokey to act as an adviser. Veon, which is also not under sanctions, makes more than half its revenues from Russia and Ukraine.

LetterOne said it had “communicated extensively with its stakeholders, including Holland & Barrett lenders, on this position”.

It added: “H&B is a hugely valued investment for L1. We are enthusiastic about the team in place and the plans for taking the business forward. With our strong liquidity and long-term vision, we are confident about its future.”