India seeks ‘Aramco moment’ with sale of stake in LIC 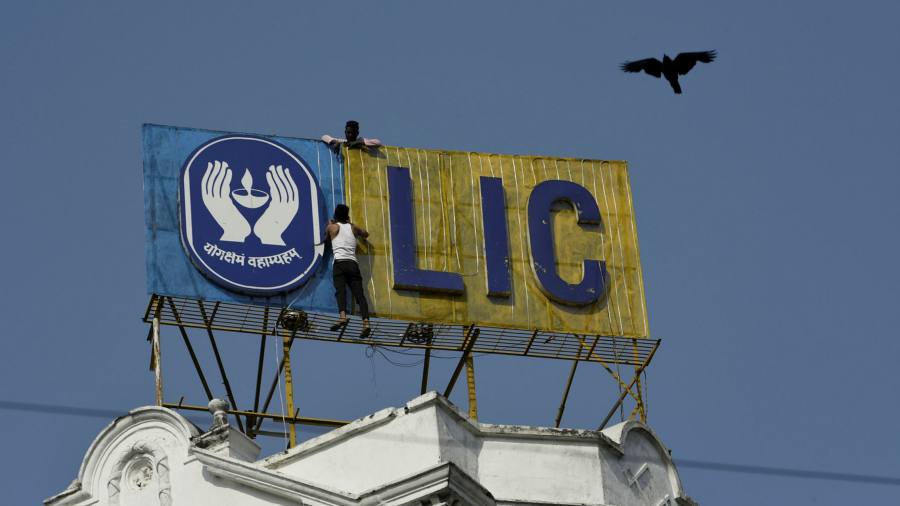 Amit Sant, a financial adviser in Central India’s most populous city Indore, purchased his first insurance policy in 2000. There was never any question where he would buy it from: the state-run Life Insurance Corporation of India, which held a monopoly for 44 years and employed Sant’s father for 36 years.

“My father used to say LIC is the institution which has made our life,” said Sant. Today, India’s government is looking for a new kind of life for the insurance behemoth it created. It is planning to sell a 5 per cent stake in what would be the country’s biggest-ever initial public offering, raising as much as $8bn.

The deal is being seen as “the Aramco moment for India”, said chief executive of rating agency CARE Ajay Mahajan, referring to the biggest-ever IPO of Saudi Arabia’s state-owned oil producer. “LIC is a household name, from every nook and corner of this country . . . [it] is synonymous with insurance.”

A special act of parliament created the corporation after India nationalised life insurance provision in 1956. LIC had a mandate to make life insurance available across the country, especially in far-flung rural areas. It sold reasonably priced cover through a network of agents and provided a reliable means of saving for millions of people in the country without bank accounts.

There was a major shift in the market around the new millennium, after LIC’s monopoly was ended in 1999. But the business now being privatised by India’s head of state remains a colossus.

Its assets under management of $495bn are more than three times that of all other life insurers in India, its prospectus states. It issues almost three-quarters of all individual insurance policies in India, most of them sold by its 1.3mn agents, representing a bigger network than all of its competitors put together, according to Credit Suisse research.

“Their scale is something that we can’t imagine,” said a senior insurance executive. “That gives them huge economies of scale.”

When it lists, LIC is expected to become India’s third-largest company by market valuation. The investment case is the company’s huge reach across India, combined with the expectation that a rising middle-class in the world’s second most populous nation will want its core life insurance, pensions and other long-term savings products. It also sells health insurance.

But Sant represents one of the problems that is starting to affect LIC. Despite his attachment to the company, he said he had recently found competitors providing better and more varied options for products such as cover against specific illnesses.

“Although they are changing their products, [LIC] have vanilla products only,” said Sant. “There is no butterscotch or chocolate topping.”

Rivals such as SBI Life and HDFC Life have chipped away at LIC’s market share in recent years. Meanwhile, restrictions on overseas investment were eased last year — LIC’s prospectus warns of “an impending threat of foreign players entering the market”.

At LIC, sales are skewed towards life insurance products that pay a share of the insurer’s profits to policyholders every year, known as “participating policies”. It has a smaller share of the higher-margin market for non-participating policies, which do not offer these annual payouts. The latter policies are often sold through banks, where rivals do more of their business through partnership deals.

The mix is reflected in LIC’s “new business” margin, a key measure of the profitability of new policies. While India’s top four insurers had a margin of above 20 per cent in the first half of the 2022 financial year, LIC’s was just 9.3 per cent, according to investment bank Jefferies.

But at the same time, there is obvious potential for growth. Insurance revenues account for only 4 per cent of India’s economic output, which is low compared to other large markets, according to Moody’s. The pandemic has fuelled demand for life and health insurance, analysts have said.

LIC should also benefit from increasing numbers of people looking to save for retirement using financial products such as mutual funds and pensions. “More and more people are shifting money from their traditional holding cash or real estate or gold to financial products,” said Jignesh Shial, an analyst at InCred Capital. Even if LIC’s market share falls, “the pie itself will keep on growing”, he added.

The government has taken steps to boost LIC’s attractiveness ahead of the listing, revising legislation that had required it to share 95 per cent of profits with eligible policyholders. Now, LIC will be able to keep a bigger share of profits, which is more in line with its private sector peers.

Some analysts expect that spurred by this change and the scrutiny of external investors, LIC will work harder to make money. “Listing brings a lot of discipline and urgency on the part of any management to match up to the competition,” said Deepak Jasani, head of retail research at HDFC Securities. “Once they get listed, they will get a lot of questions from the analysts . . . so they will have to gear up, be more innovative, more nimble footed.”

Banks involved in the IPO are aggressively marketing it to retail investors, including current policyholders and LIC’s employees and agents, who will be eligible for discounts. New Delhi is also hoping to attract international investors, pitching the stock as a bet on India’s growing prosperity.

“We’re interested in [the IPO],” said the Asia head of one international asset manager. “In an Indian context, it does look reasonable,” the person added.

But some foreign investors were put off by the insurer’s state ownership, which in certain ways made it “more like a bureaucracy” than an independent financial institution, the asset management executive added.

Some analysts argue that the IPO will bring more transparency, even though the state will continue to own 95 per cent of the company. However, the IPO prospectus notes LIC “may be required to take certain actions in furtherance of the [government’s] economic or policy objectives”. Government interests, the prospectus says, “could be in conflict with the interests of our other shareholders”.

“It’s almost like a banker to the government sometimes,” said the insurance executive, referring to LIC investments such as its takeover of ailing lender IDBI Bank in 2019. LIC had often proved to be an “astute asset picker”, the person said, but added: “The worry ‘will they be arm-twisted into doing something similar again?’ persists.”

For investors, the valuation is also a major unknown. Shares in Indian payments company Paytm struggled after it listed last year. The question is whether the market is ready to welcome an IPO of the scale of LIC.

Timing will be key. New Delhi wants the IPO to happen quickly to make the proceeds available for the national budget in the current financial year, which ends in March. But after a promising start this year, Indian equities have fallen into the red, with foreign investors selling at a record pace. There are market worries about a fallout from expected rises in US interest rates, while crude prices soared in anticipation of Russia’s invasion of Ukraine — a major concern for India’s oil-importing economy.

But Nirmala Sitharaman, India’s finance minister, shrugged off the potential problems, saying the IPO “has been a long-awaited step and I’m glad we’ve come through with it . . . The current volatility doesn’t matter to us, doesn’t preoccupy us in the context of LIC”.

Retail investors, at least, do not seem to have lost their enthusiasm — and that includes Sant.

He may buy most of his policies elsewhere now but he is keen on LIC shares and thinks the government’s continued involvement is a selling point. State backing brings “security”, he said. “At least your money is not going to get stuck.”