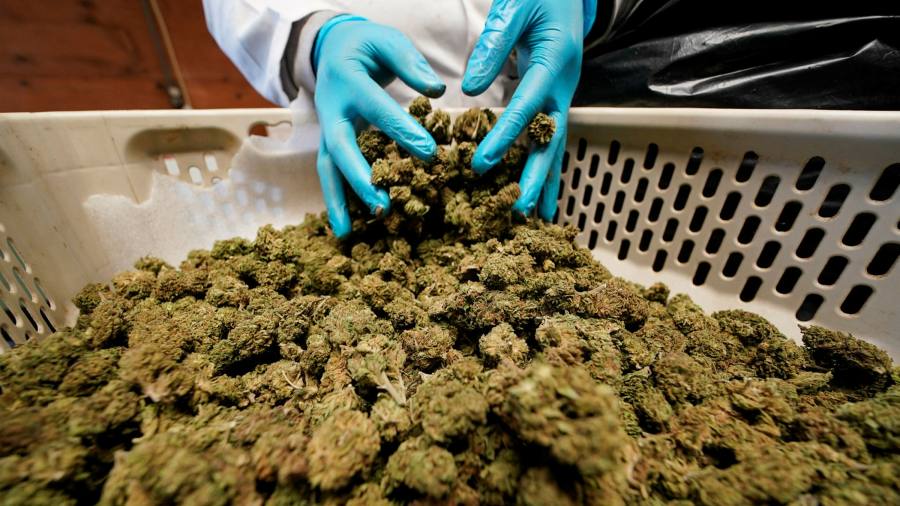 Indivior has said a drug it is developing to treat cannabis use disorder (Cud) represents a significant commercial opportunity amid growing concern among doctors in the US about an increase in excessive marijuana use following its legalisation in multiple states.

The UK-listed pharmaceutical company said on Wednesday it had enrolled the first patient in a Phase 2 trial of a synthetic inhibitor drug, which earlier studies suggested could help patients reduce their marijuana intake.

The drug, code-named AEF0117, is being developed in collaboration with French biotech Aelis Farma, and Indivior hopes it will become the first medicine approved in the US to treat Cud.

The disorder affects between 10 and 30 per cent of cannabis users who cannot stop taking the drug despite it causing health or social problems, according to research cited by the US Centers for Disease Control and Prevention.

“We think there is going to be a huge opportunity for us to help people with this disorder, moving forward, especially with so many people nowadays seeing this [marijuana] as a normalised space,” Mark Crossley, Indivior chief executive, said in an interview.

“Many people think that cannabis is organic and safe — and there is just a misunderstanding with regards to the potential ramifications [of addiction],” said Crossley.

He added: “There is tremendous potential for this asset.”

Indivior is seeking to diversify beyond its existing portfolio of treatments for opioid use disorder and schizophrenia as it considers a secondary listing in the US later this year.

There are an estimated 14mn sufferers of Cud in the US and 200mn cannabis users worldwide, according to UN and US data.

The global market for cannabidiol, medicinal and recreational cannabis hit $37bn last year, according to market research firm Prohibition Partners, as consumption has increased following legalisation of marijuana in Canada and 18 US states in recent years.

But legalisation and a booming commercial market has coincided with increased frequent use of cannabis and higher levels of Cud in adults, as well as children, according to a 2019 report published by the Jama network.

The report describes the increase in Cud cases as “potential public health concern”, while recognising that legalisation advanced social justice goals, including tackling racial inequalities in marijuana-linked arrests and convictions.

“Cannabis use disorder is prevalent, it is growing, particularly among young adults and late adolescents, and it has gone up since legalisation,” said Kate Wolitzky-Taylor, an expert at the anxiety and depression research centre at UCLA.

She said one of the big problems was that the types of cannabis being distributed nowadays were much more potent because they have higher concentrations of tetrahydrocannabinol (THC) than was typical in previous decades.

AEF0117 is a so-called synthetic specific inhibitor that works by targeting the receptors in the brain influenced by the psychoactive ingredient in cannabis to reduce the effects of the drug. Early testing suggests it is safe, tolerable and could be effective in weaning people off marijuana, although the majority of drugs that enter Phase 2 trials end up failing in later human studies.

Christian Heidbreder, Indivior’s chief scientific officer, said a positive outcome in the Phase 2 trial could potentially allow Indivior to negotiate with the FDA to accelerate approval of its drug.

He said two late-stage clinical trials were typically required to gain approval for a new synthetic compound but it may be possible to negotiate a single trial, depending on the outcome of the second-stage study.

The US Food and Drug Administration has not approved any medications for Cud, which is currently treated using cognitive behavioural therapy or other forms of psychosocial interventions.

However, several companies such as Opiant Pharmaceuticals and Anebulo Pharmaceuticals are developing medicines to target cannabis intoxication — extreme highs that have led to an increase in hospital admissions in recent years that experts link to the rise of highly potent synthetic cannabinoids, such as Spice.