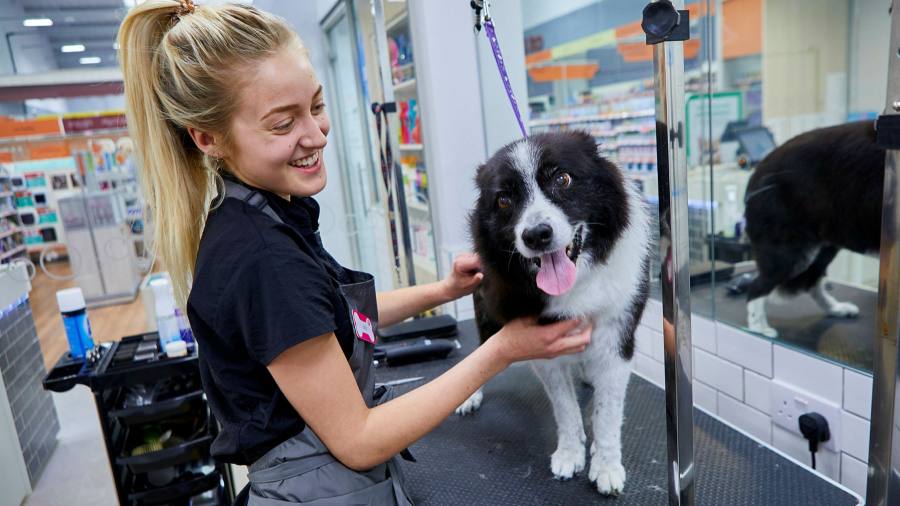 As the market swings away from high-growth shares, it’s hard to get much more appealing in this environment than a water utility. Severn Trent even links its dividends to the inflation measure that includes housing costs, although this lags behind the current figure, as the November level of 4.6 per cent will be used for the coming financial year.

Severn Trent, which acts as a water supplier for an area stretching from the Cotswolds to Lincolnshire, said the year to March 31 had seen water demand return to pre-pandemic levels because of increased business activity. However, it did flag the risks around “water poverty” and has held onto its Covid-19-era provisions for bad debts, of £8.5mn, in light of risks from the cost of living crisis.

In the past financial year, the adjusted profit before interest and tax for the regulated water and waste water division was up 5 per cent, to £476mn, on the back of higher turnover and a £16mn drop in bad debt write-offs, even as labour and energy costs rose 6 and 14 per cent, respectively. The bottom line was hit by deferred tax liability caused by the planned 2024 increase in the corporate tax rate, as outlined in the half-year results.

Severn Trent is coming to the midpoint of the 2020-25 regulatory period, and hit £604mn in net capital investment in the year. This is expected to be between £575mn and £675mn in the current financial year, weighted to the second half.

We moved Severn Trent from hold to buy in November, as inflation looked set to take hold. While pricier now — trading at a forward price-to-earnings ratio of 26 times against a five-year average of 18 times — it is still worthwhile as a stable portfolio addition.

Spending on pets is expected to be resilient despite the worsening consumer backdrop, writes Madeleine Taylor.

A meteoric rise in pet ownership among the housebound masses during the pandemic turned into a solid winner over the last two years. However, easing restrictions and the return to working in offices have prompted a one-third drop in shares over the past year, with fears that this would roll over into more animal abandonments.

This has not materialised so far and Pets at Home customers have maintained higher spending, while registrations into its Puppy and Kitten Club continue well above pre-pandemic levels. Ongoing themes of “pet humanisation” — animals being considered as family members — and more affluent owners being prepared to fork out for premium products, meant Pets at Home expects to keep growing underlying pre-tax profit to £131mn in 2023, compared to £126.4mn in the year to March 31.

While “not immune” to inflationary pressures from raw materials, energy, and freight costs, the company expects to keep pricing “competitive” by pushing for rent reductions and also sourcing domestically, which already accounts for 80 per cent of its costs.

Profit margins rose to 9.9 per cent in 2022, from 6.8 per cent a year earlier. As expected, vet revenues slipped 12 per cent to 108.4mn after the disposal of five specialist practices. They were still up by 24 per cent up on a 2-year like for like basis, and punched well above their weight, representing a third of profits.

Broker Numis considers Pets at Home “meaningfully undervalued” with a current forward price/earnings ratio of 12, as three-quarters of its sales are within the non-discretionary bracket and look less likely to be caught out by negative consumer sentiment. A 48 per cent increase in dividends and a £50mn share buyback programme won’t go amiss either.

Marks and Spencer added to the stack of inflation warnings hanging over the outlook for retail, saying that it expects “increasing cost pressures and consumer uncertainty” to lead to a fall in profits next year. Nevertheless, trading since April has been ahead of last year, with a “particularly strong performance in clothing and home”, suggesting that consumer spending headwinds have not yet started to bite.

Over the years the high street stalwart has struggled to unite its disparate empires. This was epitomised this year in Marks and Spencer’s decision to promote two department heads as co-chief executives, with food chief Stuart Machin and head of clothing and home Katie Bickerstaffe taking over from outgoing head Steve Rowe.

However, it seems to be leaving this particular set of troubles behind. Commendably, the retailer managed to keep raising operating margins in its food business, despite falling basket sizes after Covid’s unusually elevated levels.

Meanwhile, its strategy of reducing intensive promotions and clearance sales in its troubled clothing and home division also appears to be working, reporting a swing back into profit with operating margins hitting 9.9 per cent, versus a loss-making negative 5.9 per cent last year. This is especially impressive given that retailers are now faced with soaring cost inflation and falling consumer confidence.

On the downside, the company now expects Ocado Retail to make a “minimal” contribution to profit in the year ahead, as online shopping habits move slightly closer to pre-pandemic norms.

Analysts predict overall pre-tax profits will fall to £443mn next year, having come in at £523mn in these results. This also reflected the loss of £5.2mn of profits from disruption to its Ukrainian business and the closure of the Russian interests, on which Marks and Spencer has taken a £31mn charge for ending its franchise.

Julie Palmer, partner at Begbies Traynor, said Rowe’s successors will have to navigate an “uncertain course in a choppy environment” if it is to avoid a return to its former troubles.

She noted that Marks and Spencer’s average shopper “tends to be wealthier, so is less hard hit by rising costs”, while at the same time, the chain could still benefit from people choosing to economise by cutting back on restaurant meals in favour of a premium at-home meal, though that is hardly an empirical perspective. The lowly forward price/earnings multiple of 7.3 is a surer indicator of market anxiety.

Marks and Spencer has continued to increase investment to £400mn this year, with spending directed at further digitisation and supply chain efficiency. However, dividends are still nowhere to be seen, and with a recession on the cards, investors may be kept waiting for a sustained recovery.