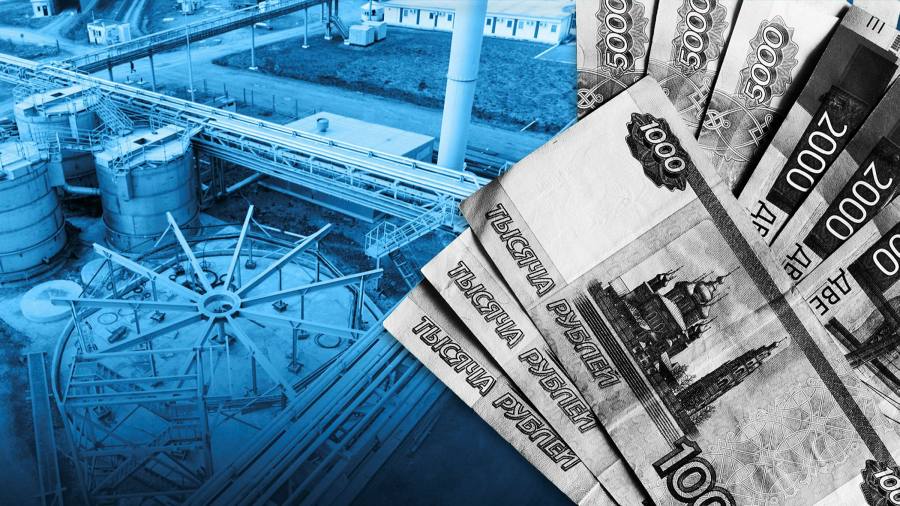 As Russia’s troops advanced on Ukraine’s two biggest cities, a BlackRock portfolio manager made a trade that looked like a bargain.

London-listed Polymetal shed more than a third of its value on February 24, the day Vladimir Putin launched an invasion of Ukraine.

BlackRock scooped up £12mn worth of shares in the Russian gold miner and distributed them into four natural resources funds. The bet did not work out. The shares have tumbled around 70 per cent since the close of trading on February 25 as investors ditch Russian assets. Polymetal has been ejected from the FTSE 100 index.

BlackRock is among a large group of global investors, from pension plans, to hedge funds, and allocators of sovereign wealth, who hold Russian assets that were worth almost $170bn at the end of 2021. Moscow’s equity markets are suspended, trading in many Russian firms listed abroad is halted, and bonds are almost impossible to trade. That leaves these asset managers facing the prospect of deep losses.

“If you’re left holding Russian assets either you sell at a very low price, assuming that it’s possible and you can actually find a buyer,” said Cristian Maggio, head of emerging markets portfolio strategy at TD Securities. “Otherwise you may have to write them off to zero.”

In markets where Russian assets are still changing hands, prices have collapsed. Russia’s dollar debt is trading at roughly 20 cents on the dollar, while an MSCI index tracking Russian stocks traded in London and New York is down more than 95 per cent this year.

BlackRock said the Polymetal purchase would not have been possible after it set up new guidelines on February 28 preventing the purchase of Russian assets, which reflect the “values” of the firm and its clients. “We have been moving as quickly as possible in close co-ordination with many other parties to meet the needs of our clients in a highly complex and fluid situation,” it said.

So far at least 26 asset management companies including JPMorgan, BlackRock, Amundi, UBS, BNP Paribas, Abrdn, Schroders and Pictet have frozen funds with significant Russia exposure, stopping investors from moving their more than €4bn in combined assets out of the strategies.

The chief executive of Norway’s $1.3tn oil fund said on Sunday that its Russian holdings might be worthless after tumbling in value by 90 per cent in two weeks. Fidelity International said it had significantly marked down Russian securities across affected funds. “For [Russia] listed securities that are not currently tradeable and for those where there is no price discovery, those prices may be adjusted to zero,” the company said on Friday.

Meanwhile, Prosperity Capital Management, one of the oldest and largest hedge fund investors in Russia with around $3bn in assets, has suspended investor redemptions and net asset value calculations as its Russian Prosperity fund fell 51 per cent this year to February 24.

The group said on its website that it was “shocked” by events, adding that it had believed an invasion “to be unthinkable for several reasons that would have made it a colossal mistake”. Prosperity did not immediately respond to a request for comment.

Pension funds are also among the foreign investors effectively trapped in Russia’s markets, although for most schemes Russian holdings are a small slice of overall assets.

Calpers, the biggest public pension fund in the US, had around $900mn of exposure to Russia, out of its $478bn portfolio. The Universities Superannuation Scheme, the UK’s largest pension plan, had around 0.5 per cent of the scheme’s £90bn portfolio, or around £450mn, connected to Russia. “We will be looking to sell these assets but, in the current environment and for obvious reasons, very little is trading,” said USS.

As investors contemplate whether to divest from Russian assets, they are also unsure whether they can continue to receive interest payments on Russian bonds they hold, bolstering the belief that Moscow is in the process of reneging on its debt.

On Wednesday, the government paid a $96mn scheduled coupon on one of its rouble-denominated bonds, but said the money would not reach bondholders outside Russia because of a central bank ban on making payments to foreigners.

A test of its commitment to paying interest on its external debt will come when it is due to make the next coupon payment on March 16.

For now, investors are stuck with few choices. “Short term, if people want to sell they’ll have to do it at crazy prices . . . or you create a good bank, bad bank structure, put the assets into a drawer and hope they turn around,” said a senior executive at a European asset manager.